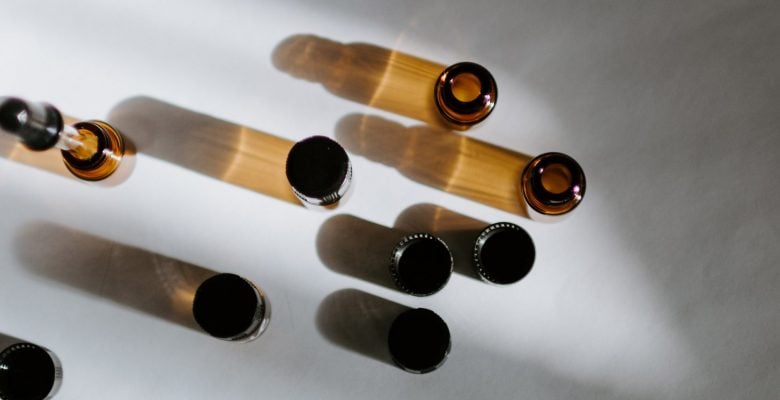 Microdosing is pushing psychedelic use back into the mainstream, breathing new life into the psychedelic conversation. Its benefits for productivity, creativity, and personal growth are rewriting the stereotypical psychedelic image.

In case you are unfamiliar with the term, microdosing refers to ingesting a small, sub perceptual amount of a psychedelic substance. The revolutionary thing about microdosing is the control it gives to the user. Instead of taking a potentially unpredictable higher dose, microdosing allows you to guide your own psychedelic experience. You decide on the amount of the dose, the frequency of doses, and the duration of the whole process. Microdosing is a tool for self-exploration and control, and it works best when paired with intentional curiosity.

Considering the amount of control one has over their psychedelic experience when microdosing, let’s tackle the first significant choice you will face when starting out—what substance do you want to use? While there are plenty of psychedelics out there to experiment with, this article will focus on psilocybin mushrooms and LSD. Due to their popularity and the amount of existing information surrounding them, LSD and psilocybin are your two most likely choices when looking to microdose.

Listen to what does a world-class fitness coach have to say about the differences between LSD and psilocybin mushrooms for microdosing? Featuring Ben Greenfield or Click here to read the transcript

Before weighing the fine details of psilocybin and LSD against each other, it’s a good idea to begin with the most apparent difference between the two: psilocybin mushrooms come from the earth, and LSD from the laboratory. Depending on your outlook, the natural/synthetic difference could be a good thing or a bad thing.

Some people prefer to ingest natural psychedelic substances instead of synthetic. It’s a valid perspective. The preference for natural over synthetic could be for ethical, aesthetic, or any number of other reasons. The thought of ingesting an extremely potent, psychoactive, synthesized substance puts some people off. A person could theoretically hand you a tab of anything, made by anyone. Psilocybin mushrooms, on the other hand, grow naturally and have been used in sacred ritualistic practices for millennia. This point of view may regard LSD as more of a stereotypical “drug” while seeing mushrooms as something like an intense cousin of marijuana. If taking psilocybin mushrooms instead of LSD would prevent you from feeling any guilt or fear, then go for the mushrooms.

Others, however, may prefer the synthetic nature of LSD to naturally growing mushrooms. LSD has been tinkered with and fine-tuned in labs by chemists for the better half of a century, while psilocybin mushrooms still grow in piles of shit and resemble other mushrooms that are poisonous to ingest. This perspective prefers the “clean” feel and experience of LSD over the earthy, almost ubiquitously disliked flavor of dried mushrooms. LSD is streamlined to enter your system and get to work. Mushrooms are fungi that happen to trip you out. For people who don’t mind the synthetic nature of LSD and are looking for something cleaner and, for lack of a better term, a more pharmacological experience, LSD is the way to go.

Ultimately though, these differences could be repudiated by a single experience with either substance. If you’ve never tried psilocybin or LSD and are drawn to one over the other, for whatever reason, start there. If you like it, good. If not, try the other. Even if you like your first choice, you could try the other anyway. Again, microdosing is about curiosity and control.

Another considerable difference between psilocybin and LSD is the dosage, form, and concentration of each, and how those factors affect the preparation of a microdose.

The process of divvying up a microdose from an LSD tab is relatively straightforward and probably easier than doing it with mushrooms. You can cut up the tab into smaller pieces or dilute it into a larger volume of water, which then can be cleanly divided.

Want to know for sure if your LSD is actually LSD? Get yourself a testing kit to make sure you’re microdosing safely.

If you want consistent amounts of mushrooms for microdosing, the best way is to grind them up into a powder, and then weigh and dole the powder out into capsules. This takes a fair bit of work, requiring some pestle or grinder, capsules, and preferably, a scale. The psilocybin in mushrooms concentrates at different levels between the mushroom cap and the stem, so eyeballing an amount will be inconsistent. Read more about how to prepare psilocybin mushrooms for microdosing here.

If you are wondering about the difference in experience between LSD and mushrooms when microdosing, their natural/synthetic difference illustrates it quite aptly. If I could describe each with a word, I’d say that mushrooms provide an “earthy” experience while LSD provides a “crisp” one.

Mushrooms tend to dissolve the ego by immersing the user in their surroundings, which can be real or imagined. They promote deep introspection and meditation. It’s likely you will feel a deeper connection to, and understanding of, the ancient rituals that used mushrooms. Think grounded feelings, tactile undulations. Even with a microdose, you may still experience the sensation of being plunged into your mushroom trip.

LSD will dissolve the ego through the sheer clarity of experience. Sounds, colors, and interactions will seem to happen smoothly and without your involvement. You will feel at home both on a walk in the woods and at a coffee shop in the city. It’s flexible, forgiving, and uplifting. LSD feels like something designed to improve you. If you plunge into the depths of mushrooms, you emerge from the surface with LSD.

How are you going to spend your day when microdosing? If you have professional work to do, if you will be socializing and interacting with strangers or colleagues, or if you will be in busy, populated environments, LSD may be the better choice. However, if you have an open day and open space, and are seeking some introspection and solitude, mushrooms are perfect. That’s not to say that specific experiences must pair with a specific substance, but from anecdotal reports and personal experience, each has its own better environment. Keep in mind, too, that LSD and mushrooms have different durations. The effects of LSD last anywhere from six to 10 hours; psilocybin, from four to eight hours.

Ultimately, recommending LSD or psilocybin mushrooms for microdosing is like asking which child a parent likes most. The answer will come with all sorts of qualifications and contingencies, will assert that all are equally excellent, but will secretly harbor the fact that there is, in fact, a favorite.

For me, I prefer microdosing with LSD. It’s easier to manage doses, feels cleaner, and the manageable, productive experience is more aligned with how I view microdosing. LSD, in my opinion, is more suited for use as a self-improvement medicine that puts you in control.

But I’ve also tried microdosing with mushrooms, and my experience was wonderful. In fact, one of my favorite psychedelic experiences happened while microdosing mushrooms, in which a friend and I, for a few hours, tapped into some other-dimensional hacky sack skills. It was an objectively impressive upgrade in capabilities, and I should add one last note that I believe microdosing mushrooms has serious potential to improve physical and athletic performance.

Hopefully, this short guide has illustrated some differences between microdosing LSD and psilocybin. You can find a lot more by checking out our dedicated articles on microdosing psilocybin mushrooms and LSD.

The best guide will forever be your own experience, so stay curious and love what you find. Good luck!

Looking for more information about microdosing? Interested but don’t know where to start? Sign up to our pioneering microdosing course to gain access to exclusive resources and join a community of like-minded microdosers!

Microdosing Microdosing For Anxiety: Risks, Benefits, & the Transformational
Mainstream mental health interventions typically consist of psychotherapy, psychiatric medication, or both. Now, a growing body of research is pointing to the efficacy of microdosing for anxiety and other mood disorders.
Eden Loi · March 19th, 2021