At Third Wave, our mission is more than a statement. As a team and as individuals, we walk the walk. Each of us has been profoundly impacted by psychedelic medicines. We are honored to align our professional expertise as individuals with our shared vision for a happier, more inspired world. We embrace our roles with joy, reverence, and a responsibility to the thousands of lives these medicines will impact through our work. 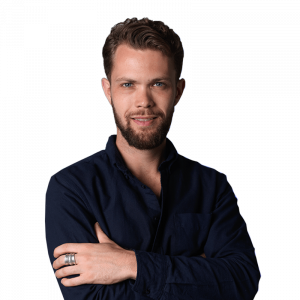 Paul F. Austin is a 21st century pioneer who has long advocated for the responsible use of psychedelics for healing, leadership, and personal transformation. He has been featured in Rolling Stone, the New York Times, and WebMD for his work amplifying awareness around the benefits of microdosing psychedelics.

Paul is the author of the book Microdosing Psychedelics: A Practical Guide to Upgrade Your Life and, in addition to founding Third Wave, also co-founded Synthesis.

Through his initial seven-month microdosing protocol, Paul experienced the tangible benefits of microdosing LSD, including accelerated learning, easier access to flow states, and a deeper sense of presence. Taught by over 10+ years of psychedelic use, Paul views psychedelic integration as a learned skill, one refined through intention, mentorship, and courageous exploration.

He believes mastering this skill will be crucial in the story of humanity’s present-future evolution. 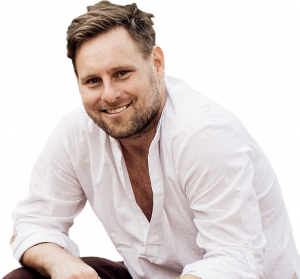 After graduating from ASU with majors in Business and Psychology and a minor in Communications, Troy moved to New York and started his digital advertising agency. After winning a few awards right out of the gate, Troy quickly turned a two-person shop, working out of Starbucks, into a 25 person operation with offices on Madison Avenue.

Troy sold his agency and spent several years working as a long-term growth-hacking consultant with several brands, including Mindvalley, where he launched the owner’s NYT Best Selling Book, Code of The Extraordinary Mind. Some of his other clients included the tech start-up Five Tier and the world renowned author T Harv Eker.

Since joining Third Wave in 2021, Troy has leveraged his considerable skills to help the company launch a series of industry-leading initiatives designed to bring psychedelic coaches and clients together to spark healing and growth.

Troy lives on Powder Mountain in Eden, Utah and, depending on the season, you can find him either snowboarding or wakeboarding in his spare time. 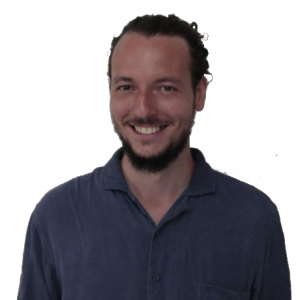 A skilled Systems Architect, Vlad is responsible for managing Third Wave’s business and technology systems—which is a fancy way of saying he keeps everything up and running.

Educated in Economics and Information Technology, Vlad’s career journeyed from computer assembly lines to government contracts, before shifting into the software industry—where he worked first in QA and later in interactive game design for Gameloft. After a period of self-actualization, Vlad also spent some time as a journalist for the Romanian news media organization and nationally televised show Zona IT, before joining Third Wave soon after its inception.

Enthusiastic and curious about mechanisms, systems, and gadgetry, when there is ample time available, Vlad may be found wrenching, hammering, soldering, or designing something, when he’s not doing breathwork and meditation exercises. His personal psychedelic favorite is ayahuasca, although LSD and psilocybin also provided valuable, meaningful experiences. 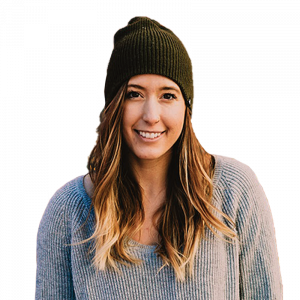 Jenalle dedicated her education in holistic nutrition to helping people conquer their health goals. She left the prairies to live in the magical ski town of Nelson, BC and soon found herself managing an editorial team at a retreat start-up and drinking ayahuasca with the co-founders. Jenalle freelanced in content marketing, working with organizations whose offerings ranged from luxury powder highway tours, massage therapy services, psilocybin integration courses, and upscale ecommerce products. Her side hustle is Wakeful Travel, a brand that encourages people to travel consciously, whether that’s externally through world adventures or internally with psychedelics.

When she’s not out exploring the world, or tapping into the finer parts of the brain, she’s ripping through pillow pockets at the ski hill, getting down to anything house, funk, or drum and bass, or reconnecting through her yoga practice.

She’s stoked to team up with Third Wave and work towards de-stigmatizing psychedelics and empowering others to harness them as tools for healing and growth. 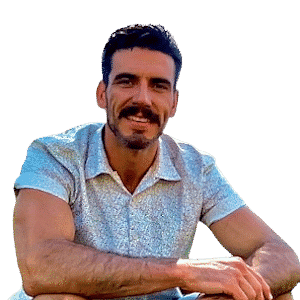 After gaining extensive business development experience in the personal development space working with leaders such as Tony Robbins, Jared joined the Third Wave team due to his passion for the company’s mission. Here, he continues to hone his knack for connecting people and organizations with powerful synergies to amplify their collective missions.

Jared calls the Black Hills of South Dakota home but regularly adventures all over Wyoming and Montana on summer backpacking trips or winter ski excursions. He has a young son with whom he looks forward to sharing experiences as he grows up in this beautiful part of the world. 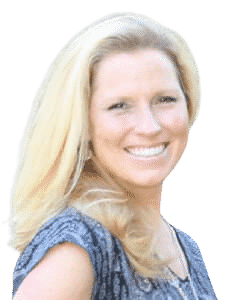 Shelley is a lifelong entrepreneur. From the early age of 11, she was making fabric samples at the family textile business in New York City’s garment district. By the early 2000s, she had created and was running her own application development company. She is passionate about developing and driving solutions and providing value. After many years leading high profile projects for Fortune 50 companies, she joined Third Wave as Curriculum Program Manager.

In addition to this role, Shelley has been a coach and mentor for over 20 years. Most recently, she graduated as part of the first cohort of Third Wave’s Psychedelic Coaching Certification Program. She works in energy healing, is an ordained minister, and is a member of Oviates, Bards, & Druids incorporating spiritual ritual and ceremony into her practice. Shelley is also an avid adventurer, triathlete, and traveler, spending much of her free time outdoors with her husband, four children, and granddaughter at the National Parks in Utah and Arizona. 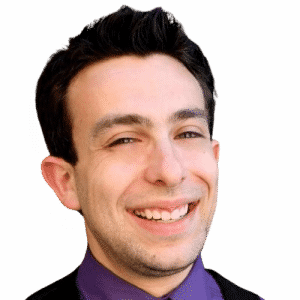 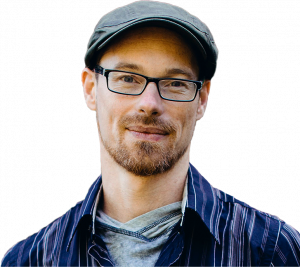 With a background in psychoneuroimmunology and extensive experience with plant medicine traditions, Jeff brings a unique perspective to the Third Wave team. In the marketing universe, he’s masterminded multi-million dollar campaigns across multiple industries for change-making brands and big-name gurus.

A self-confessed rhythm freak, when Jeff isn’t writing he’s likely either drumming or thinking about drumming. He also loves being in nature, qi gong, mountain biking, yoga, meditation, traveling, reading broadly, and exploring deep into inner landscapes accessible through the world’s wisdom traditions. Originally from Seattle, he currently lives in the lovely town of Heidelberg, Germany with his wife and daughter. 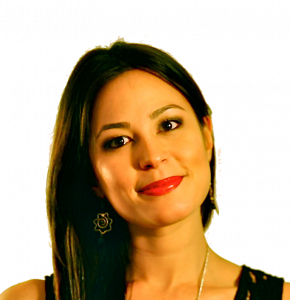 After receiving her Bachelor Degree from Boston University and her Masters Degree from Columbia University’s School of International & Public Affairs (SIPA), Karina quickly realized that a career in public policy was not for her. It became clear to her that her true passion is creating high-quality, relevant content for mission-driven companies to help build their audiences and develop an influential brand identity. This passion has provided her with many opportunities, including Head of Content at Mindvalley and working closely with some of the most influential authors and leaders in the personal development space.

Karina has since developed a deep relationship with plant medicine to facilitate her own personal growth and has made it a personal mission to help spread the word of these powerful medicines through valuable and informative content. She lives in Eden, Utah, with her husband Troy (also part of the team) and their two beautiful sons. For fun, Karina loves to paint, cook, sing, and cultivate her own Psilocybin mushrooms. 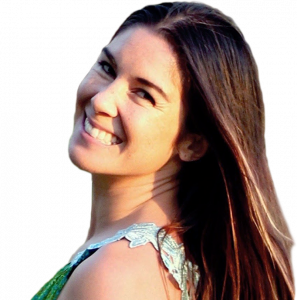 As an executive assistant with over 12 years of experience, Melissa has worked in many industries—including tech, health & wellness, and entertainment—helping mostly C-level executives to organize both their personal and work lives. She has a passion for organizing and for turning chaos into order. She joined Third Wave because she wants to support a company that helps people to reach their full potential. 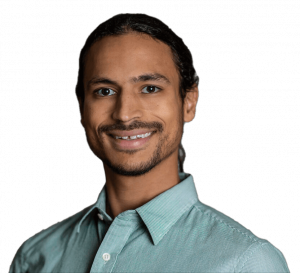 For over fifteen years, Max has been recording and producing a wide range of audio, from Hip-Hop to guided meditations. Soon after earning his BS in Audio Media & Technology, he began devoting his ear to projects that made an impact in the world.
In his hometown of Cincinnati, Max played an integral role at a non-profit music center for at-risk youth, where he developed recording and performance programming during the organization’s formative years. His spiritual callings took him to Taiwan, India, Nepal, and Bali, where he lived and traveled for over three years while studying and practicing contemplative healing arts. He returned to the U.S. and founded True Resonance, a wellness and media company.
Max is passionate about producing media that uplifts, transforms, and heals. He is excited to bring his intuitive yet detail-oriented craft to Third Wave—along with a spirited interest in psychedelic healing, which has profoundly impacted his own life for the better.
He enjoys spending quality time with his partner and their two cats, creating music for journeys, hosting tea ceremonies, and studying the Internal Family Systems therapy model, which he aspires to offer someday as psychedelic integration support. 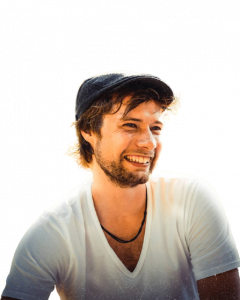 While earning his degree in social work in the Netherlands, Tony discovered his love for videography. What started out as a passion for making music videos for his friends, his professional videography & production skills quickly took him around the world where he worked closely with brands like Mindvalley, Jason Silva, and many other influential authors and speakers in the personal development space.

As a native to the Netherlands, Tony grew up in an environment and community where plant medicine and psychedelics are not only legal, but supported and accepted. That said, an opportunity to work with Third Wave to help educate people through video content about the intentional and responsible use of psychedelics for healing and transformation was a no-brainer for him.

Videography is Tony’s career and personal passion. In his free time, no matter where you see him in the world, you’ll probably catch him with a camera in his hand.

Do you have a certain talent or skill that you’d like to contribute to our cause?

We are always on the look out for talented team members to join our push towards mainstreaming psychedelics.

I want to know more