What Is The Legality Of Psilocybin Mushrooms? 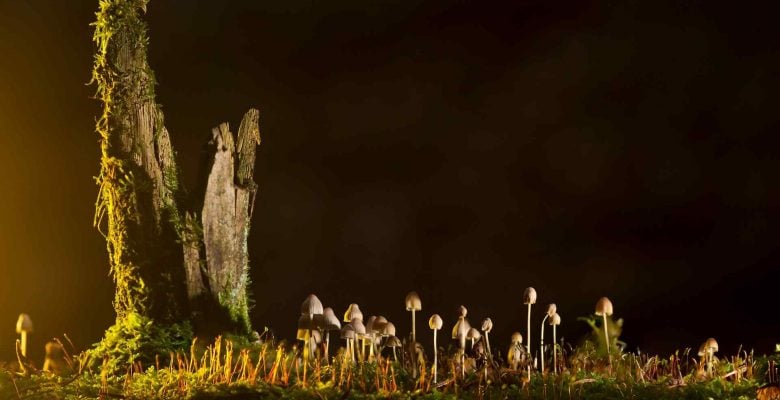 Disclaimer: psilocybin is a potentially illegal substance, and we do not encourage or condone the use of this substance where it is against the law. However, we accept that illegal drug use occurs, and believe that offering responsible harm reduction information is imperative to keeping people safe. For that reason, this guide is designed to ensure the safety of those who decide to use the substance. We do not encourage using this drug outside of a legal or traditional context.

Psilocybin is a miracle of the natural world. It’s a powerful, intense psychoactive substance that can be found in hundreds of species of fungi – known sometimes as magic mushrooms. Right now, some of these mushrooms could be growing in your back garden.

Psilocybin mushrooms have a long history of traditional use, beginning with groups of aboriginal Australians tens of thousands of years ago, and continuing to Mesoamerican cultures whose descendants still use psilocybin to this day.

It’s strange then that these common fungi have been deemed illegal in many countries. This guide aims to inform you about the legal status of psilocybin and the organisms that contain it, in various countries worldwide.

The reasons behind the prohibition of psilocybin-containing fungi dates back to the drug war of the 60s and 70s. Like LSD, psilocybin was seen as a hallucinogenic drug that was powering the counterculture movement of the time; or, more likely, as a potential scapegoat that could be used to retain the government’s power over anti-war and liberal groups.

The Vienna Convention of 1971 was an attempt of the UN, spearheaded by the US, to counter the growing popularity of psychotropic drugs such as LSD, MDMA and psilocybin. It suggested a scheduling system for all agreeing countries to adhere to, classifying drugs into categories of harm. 183 countries have now agreed to this convention, and it directly led to the creation of such draconian laws as the US Psychotropic Substances Act and the UK’s Misuse of Drugs Act.

Psilocybin falls into an interesting grey area here – the Vienna Convention was designed to target the manufacturing of synthetic psychotropics like LSD and MDMA; however, psilocybin is a naturally occurring substance. Similarly to the legal status of the natural psychedelic ayahuasca, the legal status of psilocybin can be left up to interpretation in many countries, even those that are party to the Vienna Convention.

Despite this, most countries have decided to treat psilocybin as a schedule I drug, imposing the harshest possible punishments for its possession and sale.

There is no science or reason behind the prohibition of psilocybin – to this day there is no evidence of harm from the occasional sensible use of the substance, either short-term or long-term. In fact, a growing body of evidence suggests that psilocybin and other psychedelics could be used to effectively treat conditions such as depression and anxiety.

Unfortunately, drug policy is built on prejudice and fear, not compassion and reason. This means that in most countries worldwide, you can go to prison for using a harmless naturally-occurring substance for self-healing.

Thankfully, there are islands of hope in the rough waters of international drug policy. We’ve organised the legal status of psilocybin into sections, allowing you to see which countries (or states) will allow you to purchase, grow or consume psilocybin mushrooms.

NOTE: This information is curated to be as accurate as possible at the time of writing, but should not be treated as a ‘green light’ to perform potentially illegal activities. Always check your local laws.

COUNTRIES WHERE PSILOCYBIN IS MOSTLY LEGAL

These countries have made at least some form of psilocybin totally legal to possess and consume, and possibly legal to sell and transport.

Although psilocybin is technically illegal in Brazil, the mushrooms containing psilocybin are not illegal to possess, consume or sell. In Brazil, illegal activities have to have specific laws to address them, and as such there are no cases of arrests related to psilocybin. Additionally, the natural psychedelic ayahuasca is legal for sacramental use in Brazil, and this law can also apply to psilocybin mushrooms, if used in a sacramental setting.

Sale and transport of psilocybin mushrooms is technically illegal, but possession and consumption is not prohibited. Having said that, many places will sell them to tourists without apparent consequences. Although some details are unclear, it appears that you won’t get in trouble for drinking a ‘shroom shake’ in BVI.

The use of magic mushrooms in Jamaica appears to be totally legal – or at least, authorities turn a blind eye. As long as you behave responsibly, there’s no need to worry. You can even book a magic mushroom retreat, and enjoy your mushrooms in a context of spiritual development.

Due to a loophole in a law designed to prohibit the use of psilocybin, you can still purchase and consume psilocybin in the form of “magic truffles.” Truffles are just a different part of the mushroom, known as the sclerotia, which remain dormant and help the mushroom regrow after damage. Spores and growing kits are also legal. Be aware that many forms of psilocybin mushroom are still illegal to possess and sell, dry or fresh.

Interested in a legal psilocybin truffle retreat? Visit the Synthesis retreat in Amsterdam.

COUNTRIES WHERE PSILOCYBIN IS SOMEWHAT LEGAL

These countries may have different laws regarding dried/fresh mushrooms, may allow the cultivation of mushrooms or the sale of spores, or may just have safe havens where the law doesn’t really apply…

A recent law changed the legal status of psilocybin, meaning that its use is now decriminalized. You may be required to attend therapy if caught. Spores and grow kits are legal to buy, and you can even grow your own mushrooms, as long as you don’t eat them when they’re ready…

Although dried mushrooms are illegal to possess, there are apparently no restrictions on the possession and consumption of fresh mushrooms. It’s also legal to purchase grow kits and spores. However there seems to be some uncertainty surrounding these interpretations, as psilocybin is a schedule III drug in Canada, with possession and manufacture (possibly interpreted as growing) punishable with prison terms.

Lots of magic mushrooms grow in Costa Rica, and there are many stories of people collecting them for personal use. Their legal status is uncertain, so if you want to be safe, don’t risk it. However we have heard no stories of people being arrested for possession, sale or consumption.

The cultivation of magic mushrooms has been decriminalized in the Czech Republic, as long as you are growing an “small” amount. Possession of large amounts is still illegal.

Although Indonesia has ridiculously harsh drug laws that could see you in prison for a long time, a psilocybin paradise can be found on the Gili islands near Bali. Still, psilocybin mushrooms are still officially illegal, so don’t risk anything.

Psilocybin is officially illegal to possess, cultivate and sell in Mexico; however, authorities turn a blind eye to sacramental or traditional use and cultivation of fresh mushrooms. This is in line with the interpretation of the UNODC Bulletin allowing the sacramental use of psychotropic preparations.

Psilocybin mushrooms are decriminalized in Portugal, meaning you can possess small amounts of them without going to jail. However you’ll end up on some court-mandated rehabilitation or therapy if you get caught.

While mostly illegal in Spain, the personal use of psilocybin mushrooms has been decriminalized. There is a considerable amount of ambiguity surrounding the use of grow kits and spores, and the possession of small amounts of fresh mushrooms. It’s best to not take any risks.

Psilocybin is illegal in Thailand, and like in many Southeast Asian countries, the implications can be severe. Having said that, there are a few relatively-safe havens that offer ‘shroom shakes’. Be sensible; it’s probably not worth the risk.

Surprisingly, despite psilocybin being a schedule I drug in the US, it’s legal to buy spores in most states (as long as you aren’t going to use them to actually grow mushrooms). The states which also prohibit the sale of spores are California, Georgia and Idaho. Amazingly, it’s legal to grow psilocybin mushrooms in New Mexico – and there’s even a religious group devoted to their sacramental use. Furthermore, psilocybin mushrooms have been decriminalized to varying extents in the cities of Denver, CO and Oakland, CA.

COUNTRIES WHERE PSILOCYBIN IS COMPLETELY PROHIBITED

Finally, these countries don’t allow any form of psilocybin; you can’t buy growing kits or spores, you can’t possess small quantities, you can’t even pick naturally growing mushrooms in the wild. Most countries are in this category – but we believe it will change in time.

All hallucinogens are illegal in Australia. Listen to our interview with Dr Stephen Bright to hear more about drug stigma in Australia and how it is impacting medical research.

Psilocybin is illegal in all forms, to possess, consume, sell and transport.

Possession, sale, cultivation and use of psilocybin mushrooms is illegal by royal decree in Belgium.

The law states that any substance or plant from which psilocybin can be extracted is illegal.

All aspects of psilocybin mushroom cultivation, sale and use have been illegal in Denmark since 2001.

Psilocybin mushrooms have been specifically prohibited for possession, use and sale.

In addition to psilocybin being illegal, growing of psilocybin mushrooms has been prohibited since 2008. Punishments are based on quantity.

All aspects of psilocybin use, sale and possession have been illegal for over 50 years in France.

In 2001, an amendment to already prohibitive drug laws made sure to totally restrict the cultivation of any psilocybin-containing plant or animal (yes, animal…).

Psilocybin is completely illegal, as well as the cultivation of psilocybin mushrooms.

Psilocybin is illegal to sell, possess and use. Since 2006, cultivation of psilocybin mushrooms has also been illegal.

All aspects of psilocybin cultivation and use are illegal.

Although a legal loophole previously allowed the use of psilocybin mushrooms in Japan, this was directly outlawed in 2002.

Psilocybin is illegal, although cultivation is apparently ignored if a first offence.

Psilocybin is illegal to possess and sell, although cultivation is only illegal if in a “large amount.”

Psilocybin mushrooms are Class A drugs, and all forms of psilocybin are illegal.

Illegal according to the Regulations Regarding Narcotics.

All forms of psilocybin are illegal to possess, sell, cultivate and use.

All forms of psilocybin are illegal to possess, sell, cultivate and use.

Although psilocybin in all forms is illegal, it appears that spores are legal to purchase.

Although Sweden’s laws are oddly worded and perhaps open to interpretation, any fungi containing psilocybin are apparently illegal to cultivate.

Information is unclear about psilocybin’s legal status in Turkey, but can be assumed to be highly prohibited.

Prior to 2005, fresh psilocybin mushrooms were entirely legal in the UK. However, since then they have been specifically prohibited by section 21 of the Drugs Act.

These countries have not agreed to the Vienna Convention, and as such have no obligation to make psilocybin illegal. They appear to have no laws on psilocybin cultivation and possession, but we haven’t been able to find any solid confirmation:

Despite the heavy restrictions on access to these healing fungi, it’s still possible to find them. As the evidence of the healing benefits of psilocybin grows, we expect to see more countries relax their prohibitive stances.

Until then, obey the laws of your country, campaign for change, and – if necessary – go on a shroom vacation or two! 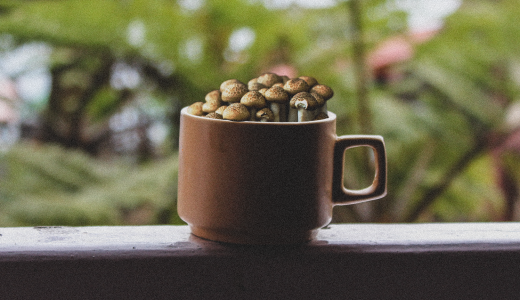 Mushrooms How To Grow Your Own Mushrooms (the right way)
We’ve put together an easy “how-to” on how to build your own personal fungi kingdom, right from your apartment.
Bre Jenkins · August 4th, 2020