How To Take LSD

Disclaimer: this article is intended as harm reduction advice. We do not condone illegal activities. Always check your local laws.

Lysergic acid diethylamide, the psychedelic poster child, has a rich history surrounded by mystery and myth. First synthesized by Swiss scientist Albert Hofmann in the 1930s, LSD quickly spread into the streets and developed a reputation as a substance like no other.

Less than fifty years after its synthesis, acid had already reached and influenced figures that would change the world, including legendary artists, philosophers, educators, scientists, inventors, businessmen, athletes, and doctors.

LSD played a paramount role in ushering the psychedelic revolution of the 1960s and 70s, which influenced millions to revolt against the status quo, and caused waves that are still rippling through our society today. It’s a potent psychedelic, known to shift perspectives, kill egos, and sometimes completely change lives.

Before you take LSD, you should be sure that it’s what you want to do. Educate yourself on the risks, and the best ways to minimize them. Third Wave offers many resources that help you make the safest decisions, like our Ultimate Guide to Sourcing Psychedelic Medicines.

There are different forms of LSD

In your search for psychedelic candy, you might encounter LSD in a number of different forms.

In its most immediate form, LSD exists as the crystalline result of the reaction between diethylamide and lysergic acid. After mixing or dissolving, it turns into an ingestible liquid. Unless you are making it yourself, a vial of liquid LSD is all pure as it will come and as pure as you’ll want it.

However, LSD mostly comes as a “tab”. People make tabs by dropping a set dose amount of liquid acid onto a sheet of perforated blotting paper. Liquid acid can be dropped on just about anything, though, so a “tab” might also look like a small bit of gelatin, a sugar cube, gummy candies, even cookies.

For the user, the main difference between these forms is that tabs will probably give you more control over your dosage amount. Even a tiny piece of blotter paper is easier to cut than a drop of LSD is to split or measure out into micrograms.

Other than that, issues regarding freshness or potency will depend more on a reliable source than a specific liquid or tab form.

It can be challenging to know where to begin or which sources you can trust. That’s why we compiled our tips and resources into the Ultimate Guide to Sourcing Psychedelic Medicines.

Learn more about LSD and its history in our Essential Guide.

How to Ingest LSD

Oral ingestion is the safest, most direct way to ingest acid. Usually, people recommend taking it sublingually, or under the tongue. Some might find this experience uncomfortable, especially if using a thicker or wider tab. People prescribe different amounts of time to keep the acid under the tongue.

There’s no need to get caught up in the specifics. Holding a tab under your tongue for 15 minutes instead of 45 won’t profoundly alter your trip. Personally, I just swallow it, without holding it sublingually at all. I haven’t noticed any difference.

One reason you might want to keep it under your tongue though, especially if it’s your first time trying a particular batch, is to taste and test the acid. Or more accurately, you’ll want to not taste the acid.

LSD shouldn’t leave any taste in your mouth, nor any sense of numbness or bitterness. If you taste something metallic, bitter, or numbing, there’s a good chance it’s not LSD. Sometimes people will sell LSD imitations, which are still psychedelic, though they present a risk of toxicity. The best way to be sure that you are taking pure LSD is to purchase a test kit, such as the kits available at Test Kit Plus.

Where Should You Take LSD?

The physical location of where you take your LSD trip is a very important factor in the experience. You should first familiarize yourself with the concept of Set and Setting in psychedelic experiences.

Briefly, the “set” is short for the mindset during a trip. It includes the preparation and expectations of the voyager and guide before embarking on a psychedelic experience.

The setting is the surrounding in which the trip occurs. It includes the physical environment and the space for the session.

There are two recommended options for a physical setting when taking psychedelics:

It’s also essential that you have a sober guide with you, someone you can trust and depend on if things get uncomfortable for you.

Again, for more on set and setting, see: Set & Setting For Psychedelics. 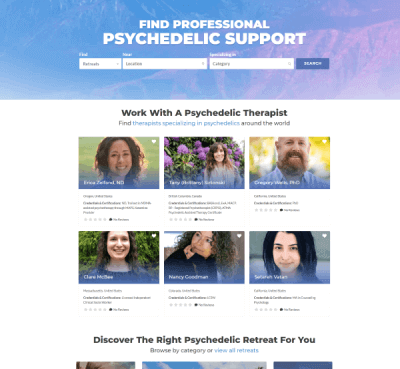 An important thing to consider when dosing LSD is what kind of experience you want. Depending on the amount, it can feel like you are using an entirely different substance.

Before ingestion, it is worthwhile to ask yourself a few questions about your upcoming trip. What are you seeking? What do you have to do for the rest of the day? What is your current emotional state?

At one end you can take small, sub-perceptual microdoses. A microdose can be safely and productively used several times a week for relatively long periods of time. People microdose at work, school, and social functions. You can learn a lot more about microdosing here, including information about specific dosage amounts, benefits and risks, and the science behind how it works.

At the other end, you might decide to take a full dose. If it’s your first time, you should set aside your whole day, as well as plenty of space, to experience the trip. Hallucinations, uncontrollable laughter, and speaking in gibberish are all possible after taking a full dose of LSD. You can read more about what to expect from an LSD trip here.

Microdosing and full doses are still relative terms, and LSD has a full spectrum available for exploration. The potency of the experience depends on a lot of factors and will vary with each individual. To find your sweet spot for dosing, keep in mind some simple advice: be curious, but stay cautious.

You most likely start to feel the effects of a dose of LSD around anywhere from 10-40 minutes after ingestion. After 2 hours, it should be apparent if you’re fully tripping or not. Peak effects are usually felt 3-4 hours after ingestion.

Effects generally start to dissipate after 8-9 hours, though some trips can last 12 hours or more. More mild aftereffects can often be felt for up to a day or more after a trip, especially with higher doses.

Time Needed Before Your Next LSD Trip

After an intense LSD trip, it’s best to wait about five days before journeying again to allow your body to reset. Evidence suggests you develop mental tolerance to LSD’s effects 24 hours after the first experience, which reaches a peak around the fourth day. Then, once you develop the tolerance, you can’t reverse it, even by quadrupling your dose.

Additionally, if you take LSD too often you can increase your chances of developing, Hallucinogen Persisting Perception Disorder (HPPD), where you may continue hallucinating even after the fact.

If you’re taking antidepressants such as SSRIs, it’s critical to talk to your prescribing doctor first. Research suggests that there may be negative interactions, such as serotonin syndrome, which causes symptoms ranging from shivering to seizures.

Whether or not you take drops or tabs, a full dose or a microdose, you should always expect the unexpected after taking a psychedelic like LSD. It’s simple prudence. You never can be SURE of how things will go, and it’s a part of the experience you should try to enjoy. Still, there are things you can do to ensure a safe and insightful trip. You may want to familiarize yourself with the 6 S’s and how they will help you thoroughly prepare for a psychedelic journey. You can also prepare yourself in the event of encountering anxious or paranoid thoughts during the experience.

After your trip ends, you might feel any combination of grateful, lost, overwhelmed, enthused, or anxious. These feelings, and what you do about them, are just as important as what you encounter in the midst of your journey. Take some time to reflect on your experience, what you learned from it—even if it was terrible—and how to integrate those lessons in your daily life. Find a psychedelic community to share with and learn from.

If you are interested in taking LSD and this article only made you more curious, check out Third Wave’s Ultimate Guide to LSD, which includes thorough information on its history, pharmacology, effects, and different uses.

Want to learn how psychedelics can help you level up your life but aren’t ready for a full-scale macrodose journey? Try our Microdosing Course. Using the latest research from cutting-edge scientists and doctors, we’ll help you develop a customized, step-by-step process to change habits, enhance creativity, and optimize performance.