Is Microdosing Just A Placebo?

Microdosing is a treatment unlike any other. Take a tiny dose of a psychedelic twice a week for several weeks and you’ll barely notice a difference. That is, until you begin to realize how much better you’re feeling at the end of each day.

Microdosing requires careful self-reflection and miniscule doses. Naturally, such a subtle treatment is bound to elicit cries of “Placebo!” almost as soon as it hits the mainstream.

But that was then, and this is now.

Recent research has found that microdosing LSD is not a placebo. Published in the Journal of Biological Psychiatry, the double-blind study found that, “single microdoses of LSD produced orderly dose-related subjective effects in healthy volunteers [and] that a threshold dose of 13μg of LSD might be used safely in an investigation of repeated administrations.”

This comes as no surprise to those familiar with the amazing healing benefits people have reported from microdosing, and it adds much needed legitimacy to the conversation around microdosing for wellbeing.

A typical microdose of LSD is 10 micrograms. This is tens of thousands of times lower than a standard dose of an antidepressant. How then are people reporting similar effects from these very different doses?

A 2016 study investigating the way in which LSD binds to receptors in the brain sheds light on this question. Researchers found that when a molecule of LSD binds to the serotonin 2A receptor, it gets “hugged” into a molecular lock that has the potential to keep the receptor activated for several hours.

This supports the placebo-tested idea that tiny doses of psychedelics have a physiological effect – they’re sticking around in the brain for much longer than normal substances.

Additionally, we know that 100μgof LSD is sometimes all it takes to propel people into a life-changing, ego-destroying psychedelic headspace – so it makes sense that one tenth of that would still have an effect in the brain.

The science doesn’t end at pharmacology. Myriad studies have shown that moderate to large doses of psychedelics (including LSD and psilocybin) can be effective in treating mental health conditions such as depression, end-of-life anxiety, social anxiety, addiction, cluster headaches, PTSD, and OCD.

But these studies use doses much larger than normal. Can we expect the same therapeutic benefits from tiny doses?

Although the evidence and research is still building on microdosing for mental health conditions, reports from microdosers suggest impressive healing benefits. Most reports come from people who started microdosing in order to treat depression or anxiety – and impressively, almost all of our respondents find that microdosing is an effective replacement for antidepressants. 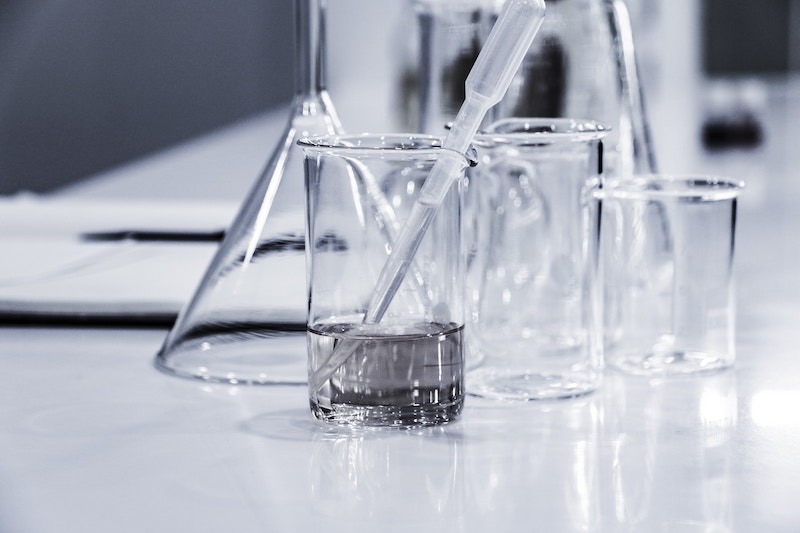 Taking psychedelics to treat medical conditions is one thing, but what about the many people who are microdosing to get ahead in creative pursuits or workplace productivity? Are they all deluded, or are there reasons to believe it’s working?

Although“creativity” isn’t the easiest thing to define scientifically, there have been a number of studies on the creative potential of psychedelics – using moderate dose sizes.

A study using mescaline to enhance problem solving in a group of businesspeople showed that 200mg (a moderate dose, equivalent to about 100ug of LSD) could help people come up with new solutions to old problems. Twenty-seven people were told to consider one (or more) problems they were encountering in their work and had been dwelling on for some time. After the psychedelic session, most of the participants had come up with a new solution to at least one of their problems, including equipment designs, mathematical formulas, and conceptual models.

Other studies in rabbits have suggested that psychedelics do something unique to the way we learn – by helping us adapt to new situations. Rabbits given moderate doses of LSD were found to learn a new association with less error than rabbits given no LSD, or very high doses of LSD. The dose at which most rabbits started learning more effectively was equivalent to about 60ug in humans, although many rabbits would respond to lower doses.

Studies in mice, investigating the neurotransmitter serotonin (which psychedelics mimic), also suggest that psychedelics could help us adapt to unexpected situations. Zachary Mainen, Ph.D., the lead investigator in these studies, believes that prolonged activation of serotonin receptors in microdosers’ neurons could be reducing impulsivity and improving people’s patience with everyday problems.

Listen to our podcast episode with Zach Mainen talking about: The Science Of Serotonin: How Do Psychedelics Influence Behavior? or Click here to read the transcript

In 2016, a famous imaging study showed us, for the first time, the brain on LSD. And it turned up some interesting findings on divergent thinking. The researchers found that moderate doses of LSD decreased the activity of the Default Mode Network, which allowed the brain to become connected in unusual and expanded ways. Basically, psychedelics turn down our brains’ natural control mechanisms, allowing us to think“outside the box.”

So moderate doses seem to turn up our creativity dial. But can we also unlock the creative potential of psychedelics with microdoses? Our microdosing survey seems to suggest so, with most respondents reporting increases in creative thinking and problem solving. Basically, if you go into work on a microdose, you’re more likely to feel creative, productive, and effective.

We know definitively now that microdosing has a measurable physiological effect. What we don’t know, scientifically, is what the long-term impacts of microdosing may be. It’s likely that this will be the next phase of research and consideration.

In the meantime, we should move away from the anti-healing stigma that surrounds alternative approaches to health and accept that healing is a complex process. True healing engages components of our social interactions, rituals, and beliefs – alongside the sciences of physiology and pharmacology.

So far all signs point to yes, microdosing heals.

If you’d like to discover how microdosing can help you heal, or reach new levels of creativity, check out our Microdosing Course. We can show you how to create a step-by-step program tailored to your personal needs.