Interview with the two co-founders of the thank you plant medicine movement.

Today we have a bonus episode so that you can hear from the founders of the #Thank You Plant Medicine movement. David Grillot and Jonathan Glazer are two of the leaders of this movement which aims to remove the stigma around the use of plant medicine.

On February 20, 2020, there will be an important event for people who have been affected by the power of plant medicines to come out and let the world know of their experiences. David and Jonathan strongly believe that, like so many other social movements, this can be instrumental in leading to progressive change.

David and Jonathan believe that this is a crucial time for this movement because it seems that more people are using plant medicines than ever. However, the legal and pharmaceutical landscape still doesn’t support this. To that end, we talk about how to delicately approach this topic in circles where it might not be totally accepted.

David and Jonathan explain the phases of their project and how many different people are coming together to make it happen. They are bringing in individuals and organizations from all around the world to make this a truly grassroots movement that reflects the diversity of all plant medicine users.

David Grillot’s experience with ayahuasca was so profoundly positive that it led to him creating a global campaign to increase awareness of the benefits of such medicines.

The 32-year-old from Playa Hermosa, Costa Rica was at a low ebb in his life last year after Karma Tribe came to an end.  The humanitarian project was dear to his heart for five years and had grown to involve 4,500 people in 63 countries.

The project was born out of an idea for the good of all,” he explained. “It didn’t yield financial returns but it did send out ripples of love, connecting people and touching many lives.

Large-scale beach and river clean-ups were among its many activities, but it became unsustainable. We never had a clear business model, after all, it was about people helping each other, not having to use money.

I’d put my blood, sweat, and tears into the project and when I had to let this part of my life go, I felt a sense of vertigo and emptiness. I was very unsure what I could bring to the world.

In this semi-depressed state, I got a timely invitation from a trusted friend to participate in an ayahuasca ceremony. The experience was extraordinary. Suddenly, I found so much light and love inside of me. A new confidence came over me and my zest for life reborn. I also saw how the ayahuasca affected my companions, causing massive transformations. I instantly became an advocate of plant medicine. Last summer David and Jonathan Glazer, co-founders of the #ThankYouPlantMedicine campaign, agreed its aim should be to increase awareness of the benefits of plant medicines and remove the stigma surrounding their use. David said, “in a time when humans are creating tragic ecological imbalances, and psychological ailments are rampant, I believe it is extremely important to raise awareness about these natural, traditional medicines.

Jonathan was born in Israel and since 2003 has lived in Costa Rica. He is 41 years old and has been an entrepreneur since his early 20’s and today has a 12 years old security company. In parallel to his professional career, he has developed a meditation practice over 22 years. Initially through Yoga style and in the last 15 years with a teacher for Tibetan Healing Meditation. Jonathan graduated in psychology and has an interest in Neuroscience and the mind-body connection.

Meditation was Jonathan’s spiritual practice until late in 2016, when he had his first entheogenic plant experience. One of his meditation students with whom Jonathan had six months’ classes felt he is not advancing fast enough in his meditation practice. At that time Jonathan was aware that people who experienced ayahuasca had in some sense similar experiences to deep states of meditation, including the sensation of being one with the universe, ability to go deep inside oneself, a form of ego dissolution, greater connection to nature, access to long-forgotten biographical memories as well as access to what seem as past generations memories and experiences. He invited his student to go with him to their first entheogenic plant experience in the context of an ayahuasca ceremony.

Since then, Jonathan has combined meditation and entheogenic plant medicine to further his own practice, to make changes in how he manages his company, to improve how he relates to people and the world and to better understand his purpose in life.

From the beginning of Jonathan’s experience with entheogenic plants, he felt that entheogenic plants are greatly misrepresented, and it did not make sense to him that such beautiful and healing experiences are banned by western society that claims to be modern and open. In early 2019 he decided to go to Girona for the World Ayahuasca Conference and to Horizons in NY, with the goal to find out what he can do to help bridge the gap. Jonathan was also looking to learn about education opportunities within the Neuroscience – Psychology – Psychedelics sphere. 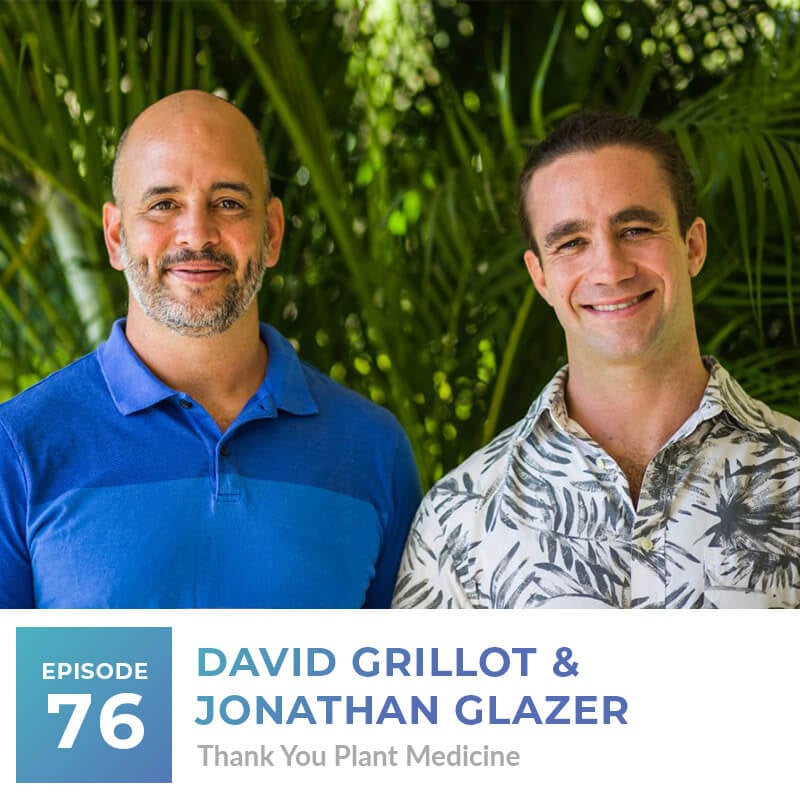