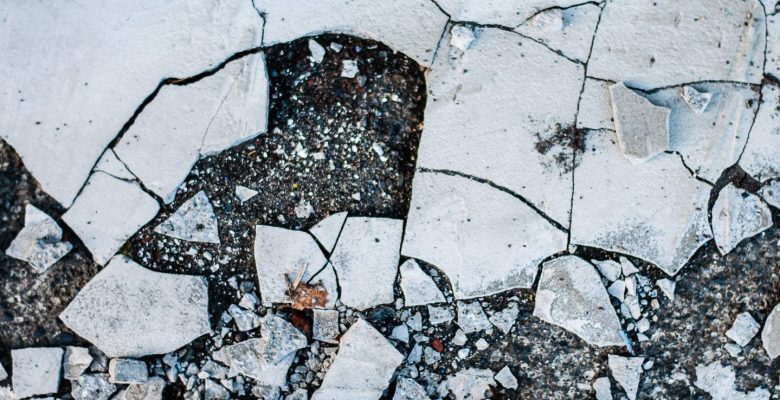 MDMA scoops out massive holes in your brain.

Marijuana today is 20 times more potent than in the 60s.

LSD use causes visceral flashbacks because it never metabolizes completely.

While there’s often a kernel of truth to many of these unsubstantiated beliefs, it is only a kernel. When the massive implications and assumptions associated with illicit drug use undergo objective scrutinization, almost none of the supposed ‘truths’ withstands the iron backbone of logical evidence.

Because of LSD’s widespread use in the 60s, and the following crackdowns, much of the misinformation was perpetrated by government and law enforcement as a scare tactic. Other responsible parties include the media and individuals within the street-user subculture.

There are many different LSD myths. In this article, I will outline the four most common LSD myths and provide substantial reasons why each is untrue.

STRYCHNINE AND OTHER ADULTERANTS

Man takes drug believing it to be X. After consuming the drug, he expects to feel a certain high. But the expected high either never comes or is much different than his expectation.

Man makes an assumption: “Yes, I thought I took X drug, but, actually, I ingested Y. The drug must have been adulterated.”

Adulteration happens with every well-known ‘drug’ to man: coke, heroin, marijuana, LSD, to name a few. But the extent to which contamination occurs must be analyzed.

According to the Psychedelic Explorer’s Guide, the definitive text on responsible LSD use, LSD has a reputation of adulteration with toxic substances. This belief stands despite a lack of evidence. Prominent among this LSD myth is the addition of methamphetamine and strychnine (rat poison).

How did this LSD myth begin?

There are two different sources:

For strychnine, the myth may have been fortified by a report filed by the inventor of LSD, Albert Hoffman. Apparently, he analyzed a powder sample purported to be LSD that turned out to be 100% strychnine. This one-time occurrence led to a widespread belief of LSD adulteration with strychnine.

Even though nearly 15% of LSD was adulterated in this study from the 60s, the possibility of such adulteration today is almost zero. While most LSD came in liquid form in the 60s, making it much easier to adulterate, today’s LSD is primarily sold on blotter paper. For blotter paper to properly work, it cannot contain sufficient amounts of adulterants. Otherwise, the substance would not bind to the blotter paper.

So, who still believes these LSD myths?

Drug-treatment professionals, government/law-enforcement, and drug-education textbooks continue to propagate the adulterant myth without reference to any documented cases. Because of their authoritative position within society, the myth of strychnine as an adulterant remains a convenient scare tactic to dissuade users from experimenting with LSD.

Important Note: these days, blotter papers sold as LSD can contain potentially harmful chemicals such as NBOMes and DOxs. If you purchase LSD blotter from an unknown source, make sure to test your substances with a kit or send them to a lab for testing. A good rule of thumb is to get rid of blotter that tastes extremely bitter – LSD is relatively tasteless, so a strong taste could be an indicator of an NBOMe that could be harmful.

“For blotter paper to properly work, it cannot contain sufficient amounts of adulterants.”

In 1967, the reputable journal Science published a short study claiming that LSD added to cultured human white blood cells produced chromosomal abnormalities. The results of this study snowballed into an LSD myth of LSD causing ‘genetic damage’ in grown adults and birth defects in newborns.

Envision the PSA announcement on local news in 1968: “If you take LSD while pregnant, your child might end up popping out with green skin, oval eyes, and a predisposition towards Martian life. That’s right, kids. Don’t do drugs!

The fear of permanently damaged chromosomes (I mean, fuck, I’d be scared as well) produced widespread condemnation of a once-loved drug.

It was all bullshit, of course. According to an excerpt from the Psychedelic Explorer’s Guide:

“Later and more careful studies demonstrated that the conclusions drawn from the initial research were ill-founded. A comprehensive review of sixty-eight studies and case reports published in the four years following the initial 1967 article appeared as a major article in Science in 1971. The review concluded that ‘pure LSD ingested in moderate doses does not damage chromosomes in vivo, does not cause detectable genetic damage, and is not a teratogen or carcinogen in man.’”

Which report should you believe? After all, both were published by the same ‘reputable’ journal.

Because of the comprehensive nature of the 2nd article (68 studies compared to 1 study), I’m inclined to side with the one published in 1971.

So fear not. If you want to take LSD while pregnant, your child is likely to turn out OK. Another LSD myth disproved.

One of the most insidious LSD myths is the belief that it causes users to go crazy, activating some sort of mental illness. Or, as my Mom put it, “if you do LSD, you’ll turn into a wet noodle!”

There is a sliver of truth in each of these statements. But the human brain’s disposition to jump to impressive conclusions has created pervasive, damaging LSD myths.

Although psychoactive drugs produce a variety of acute behavioral effects, the degree of the effects is directly related to the size of the dose.

I have taken LSD over 20 times and never once had thoughts of jumping out of a 10th story building or stopping a moving car. Many friends of mine have also taken LSD. They have never had these ridiculous thoughts.

Six factors affect a journey on LSD: set, setting, substance, sitter, session, situation. When controlled, these six factors minimize the chance of a ‘bad trip’ (aka challenging psychedelic journey). In fact, the possibility of an individual doing something totally fucking ridiculous is almost zero.

If a person has a ‘bad trip’ or does something physically harmful to him or herself, he or she did not take responsible steps to control for all 6 S’s.

Acute insanity, or ‘bad trips’, is also susceptible to biased beliefs. As the six S’s suggest, the LSD experience is not only determined by the pharmacological effects (substance) but also by beliefs that accompany the experience (mindset).

The Psychedelic Explorer’s Guide explains the effect of this bias:

“Because of the highly suggestible nature of the LSD experience, belief in the myths can contribute to [a] self-fulfilling prophecy and increase the likelihood of having an adverse reaction. Cohen [Dr. Sidney Cohen, a researcher from the 1950s] called this the phenomenon of ‘excessive initial apprehension’ and cited it as a significant factor contributing to bad trips. Given this, it is perhaps not surprising that the number of reported bad trips increased markedly during the media blitz of the late 1960s. After media coverage died down at the close of that decade, so did the number of negative experiences. This occurred despite the fact that the total number of LSD users was still increasing into the early 1970s.”

So, what about long-term psychological effects?

LSD and other hallucinogens have a reputation for causing mental insanity and permanent brain damage. Such legends include egregious statements like ‘use LSD seven times and you are legally insane’, or ‘I know someone who took LSD and felt like they turned into an orange, and they still feel like an orange.’

Is there a kernel of truth in these statements?

Are they outrageously exaggerated?

Lasting adverse effects of LSD use occur in particular individuals. However, reviews of clinical literature suggest that chronic problematic effects occur because of psychological instability present prior to LSD use. For example, individuals with latent mental disorders (like family history of schizophrenia) may experience activation of symptoms from LSD use and chronic problems afterwards.

In the 1950s, Dr. Sidney Cohen carried out a comprehensive review of LSD use in psychotherapeutic environments. He administered approximately 25,000 doses to 5,000 recipients and reported that “the incidence of acute and chronic problematic reactions was extremely low when LSD was administered under controlled therapeutic conditions to individuals not having preexisting severe psychopathology.”

If you are psychologically stable prior to using LSD, the chances of turning into a ‘wet noodle’ are about zero. If, however, you have a family history of certain mental disorders, then it is critical to exercise caution in using LSD.

“If a person has a ‘bad trip’ or does something physically harmful to him or herself, he or she did not take responsible steps to control for all 6 S’s.”

FLASHBACKS BROUGHT ON BY STORED LSD LEAKING IN THE BODY

About two months ago, I guided a friend on his first LSD journey. We spent a full day outside, hiking in the woods and walking the golden beaches of West Michigan. Two weeks after our journey, I received this text from him:

“I just had a flashback while talking to the head of Chemistry at Dow. All the trees turned to fall colors outside DeBoers. Shit was crazy.”

My friend, like many before him, had heard of the flashbacks associated with LSD use. This myth comes from claims that LSD lodges itself in the brain, spinal cord, and body fat, and can leak out at later times – even years later – to produce adverse effects.

This myth also prevents college-aged students from trying LSD. If they desire to serve in the government after graduating, they worry a spinal tap will reveal their inopportune use of LSD (as outlined in my article on LSD Drug Tests, government and military rarely check for LSD use).

In fact, this assumption is misguided because there is no evidence suggesting that LSD remains in the body for extended periods of time.

Instead, LSD has a short half-life of 3-5 hours and is entirely metabolized within a day after ingestion.

So if people have flashbacks (yes, flashbacks happen), why do they occur?

The concept of flashbacks is a convoluted subject in the literature about hallucinogenic drugs. However, two reasons are often brought up in the discussion about why flashbacks occur:

One of the leaders in LSD therapy, Stanislav Grof, states in his classic book, LSD Psychotherapy:

“Sessions in which the drug activates areas of difficult emotional material and the individual tries to avoid facing them can lead to prolonged reactions, unsatisfactory integration, subsequent residual emotional or psychosomatic problems, or a precarious mental balance that becomes the basis for later ‘flashbacks.’”

By dispelling LSD myths like this, the general public can begin to make informed decisions and hold rationale debates, about both the upsides and downsides of psychedelic use.

Only through education will the general populace begin to understand psychedelics. When people begin to make rational decisions regarding psychedelic use rather than succumb to fear-mongering by law-enforcement and drug ‘educational’ clinics, then we have won. Until this occurs, however, the fight must be carried on.

Want to learn how psychedelics can help improve your life but aren’t ready for a full-scale macrodose journey? Try our Microdosing Course. Using the latest research from cutting-edge scientists and doctors, we’ll help you develop a customized, step-by-step process to change habits, enhance creativity, and optimize performance.

This article contains an affiliate link from Amazon. Third Wave receives a small percentage of the product price if you purchase through this affiliate link. For more details, click here for our ethics and affiliates policy.