This week we’re joined by Caitlin Thompson, psychedelic activist and founder of the holistic health company EntheoZen. Caitlin describes how her experiences with psychedelics have inspired her holistic view of health, and have helped her improve her personal wellbeing. She tells us how science and spiritual practices can go hand in hand, especially when it comes to healthy living. 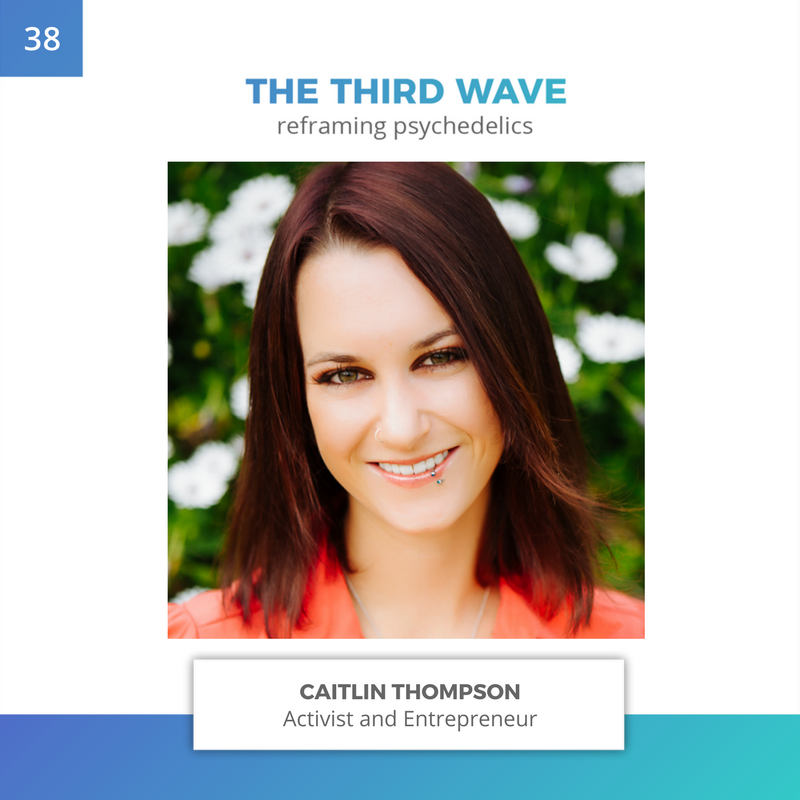 Like many in the psychedelic community, Caitlin had her first experiences with psychedelics in a recreational context. She began exploring MDMA in the rave scene, and enjoyed the sense of community it offered her. From here, Caitlin found herself transitioning into the Burning Man community, where she first encountered classic psychedelics. After trying DMT, she was inspired to explore further, and delved into plant medicines like ayahuasca and 5-MeO-DMT.

During her bachelor’s degree in Neurobiology, Caitlin found herself working more and taking fewer substances. She gradually realised, as she became more anxious and depressed over the course of several weeks, that she had been unknowingly self-medicating herself with psychedelics.

This ‘withdrawal’ period allowed her to delve deeper into emotional childhood and ancestral issues that had left her with chronic fatigue, joint pain, skin problems and food sensitivities. Psychedelics had helped her understand the source of these health problems.

Caitlin’s revelations about her health led her to found EntheoZen, an holistic health company. She firmly believes in the power of holistic medicine – and argues that science is catching up. “There’s this illusion that science and spiritual practices are separate. I actually don’t think that’s true.” Caitlin points towards recent epigenetic evidence that suggests that ancestral trauma is far from myth. She hopes to carry out some preliminary research into how psychedelics can modulate the immune system, which could help explain the miraculous effect they’ve had on her.

Finally, Caitlin discusses the importance of psychedelic entrepreneurship – especially in those with no clinical or academic ties, who don’t have a reputation to protect. Her own efforts to create psychedelic communities in California (with the Aware Project) have been successful in providing people with a space to discuss their own experiences, and start forming local connections.

The Pineapple Fund has announced another generous contribution to MAPS – now they’ve offered a $4 million matching grant over the next two months.

New research from Imperial College London shows that psychedelics might treat depression in a completely opposite way to typical antidepressants. Keep an eye out on our blog page for an upcoming article on this topic by a Beckley Foundation researcher.

Sign up to The Third Wave’s Microdosing Course for guidance on how to make the most out of your microdosing regimen.

Ask your questions on Twitter and Facebook, and Paul will answer them at the end of the podcast!