Is Microdosing Right For You? This Entrepreneur’s Experiment May Help You Decide

Janet Chang, digital marketer and entrepreneur, talks to us about her experiences with microdosing. With a background in professional sports and personal development, Janet has applied her own style of testing and tracking to her microdosing experiment. We hear about the benefits and pitfalls she discovered after microdosing psilocybin mushrooms at work for a year. 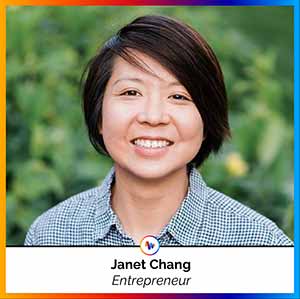 Janet Chang has an eclectic background. Professional sportsperson, bestselling author, digital marketer, entrepreneur and philanthropist, Janet is well aware of how to get ahead in life and in business. It’s no surprise than Janet decided to investigate the growing world of microdosing psychedelics.

Inspired by her experiences with moderate doses of psychedelics (including psilocybin, LSD and ayahuasca), Janet began her microdosing experiment in April 2016. She describes how transformative her psychedelic experiences were – and how she wanted to microdose in order to have a constant reminder of the lessons she learned on psychedelics, without impacting her ability to go to work.

Janet was also inspired to rigorously track her microdosing progress. Having previously performed similar self-improvement experiments, Janet was well prepared to track the changes that microdosing was making to her work and personal life.

Every day, Janet kept track of every aspect of her life, from her ability to make sales calls to her relationships with friends. She microdosed for a whole year, taking from 0.2-0.4 grams of psilocybin mushrooms every few days.

Overall, Janet reported that microdosing boosted her productivity in certain areas (such as her ability to make sales), but negatively impacted it in others. She reported feeling an increase in empathy, and describes situations where she could connect with friends and co-workers in ways she’d never been able to before.

Janet would recommend microdosing for most people – however, she believes that some people require a high-dose experience to heal past trauma, before they can start to effectively microdose.

It’s Janet’s belief in the healing benefits of a high-dose psychedelic experience that has led her to create the Lighthouse Project. She hopes to take consenting young adults to a traditional psychedelic ceremony, providing college or high school graduates with a “rite of passage” that will help them live compassionate, full lives.

“Humans have become so alienated from the environments we spend the most time in. We are removed from loving communities. So accelerating our individual potential can help bring us back to our natural selves.

“I’m aiming now to help the next generation of youth to be spiritually enlightened by the time they graduate college.”

Cannabinoids can reduce the frequency of chronic migraines, mirroring findings that psychedelics can treat cluster headaches

A new Psymposia series on Robert Widdowson, manufacturer of MDMA in the 80s.