What You Need to Know About Psilocybin Tolerance 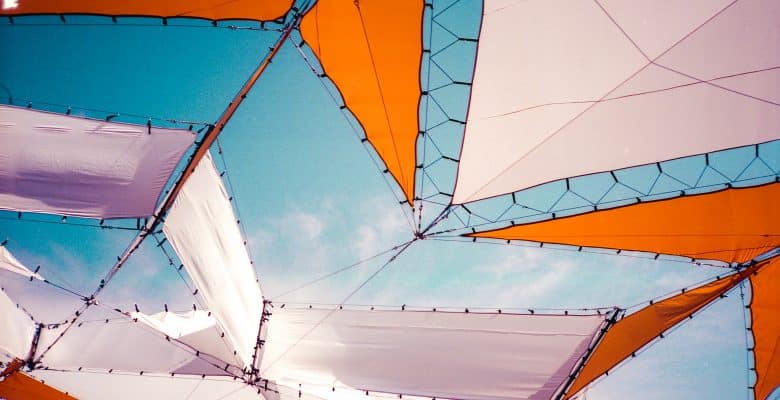 Joan is ready for festival season.

After a too-long hiatus, she’s ready to lose herself in the symphony of sweat, cigarette smoke, and transcendent sound that is a three-day music festival. In the past, she’s stuck to MDMA and cannabis to enhance her experience, but this year is special: Joan has decided she wants to try psilocybin—magic mushrooms.

Vespyr, a friend who grows their own supply (in Denver, where psilocybin mushrooms are decriminalized), offers to gift Joan her first ever shrooms. But when Joan says she wants to do four grams each day of the festival, Vespyr is quick to educate her about responsible psychedelic use.

“Joan,” they say, “it’s always good to start low and go slow. Besides, you’d build tolerance really quickly. At best, you’ll feel less effects, but at worst, you could be motivated to take more than you’re used to and send yourself straight to the Zendo tent.”

“What exactly is tolerance?” Joan asks. “And does that mean that, if I take mushrooms, I can’t take cannabis or MDMA?”

Vespyr smiles. “I’m glad you asked. Here’s an article from Third Wave that explains everything you need to know about psilocybin tolerance.”

Psychedelic mushrooms have been used for thousands of years across the world as rites of passage and direct connections to the sacred. In Mexico and South America, they served as an intricate part of Aztec and Mayan culture. When the Spanish conquistadores outlawed use of psilocybin mushrooms in the 15th and 16th centuries, indigenous shamans continued to use them in secret to preserve their culture, wisdom, and intimate relationship with the natural world.

In 1957, Gordon Wasson, then vice president of J.P. Morgan & Co., introduced psilocybin mushrooms to the United States in a TIME Magazine photo-essay detailing his experiences. Timothy Leary and Richard Alpert’s Harvard Psilocybin Project and the full force of the psychedelic movement followed soon after and, in 1971, the Controlled Substances Act made psilocybin—but not dried mushrooms—a Schedule I illegal drug.

A half-century later, a reemergence of psychedelic science is shaking the mushroom and other psychedelics free of their negative associations with flashbacks, toxicity, and psychosis. Slowly but surely, the Food and Drug Administration (FDA) and the Drug Enforcement Agency (DEA) have allowed people like Roland Griffiths in Maryland and Stephen Ross in New York to conduct revolutionary studies on the mental health benefits of psilocybin.

The mushroom is fruiting into widespread acceptance. More than just a hallucinogen, it can act as a powerful antidepressant, can curb addiction, and can induce mystical experiences that create long-term positive effects for decades afterwards. It’s catalyzing a major shift in psychiatry, and it’s changing our relationship to one other and to the earth.

What is Psilocybin Tolerance?

In general, drug tolerance is defined as “the phenomenon whereby the effect or group of effects of a drug decreases following repeated administration, requiring an increase in dose to maintain the original level of efficacy.” In other words, there’s a limit to how much of a drug you can consume before your brain creates a new neurological threshold that requires more of the drug to create psychoactive effects.

It’s important to note that tolerance is not addiction. Tolerance is an adaptive neurobiological mechanism native to the human brain, and addiction, also known as substance use disorder, is a mind/body/spirit affliction that affects an estimated 35 million people worldwide.

Unlike more dopamine-heavy substances such as cocaine, psilocybin mushrooms are physiologically non-addictive. In fact, psilocybin is being used to treat abuse of other substances including cigarettes (nicotine), alcohol, stimulants, and opioids. This capacity to break addiction is a powerful representation of what makes the mushroom a “medicine” and not a “drug”.

It helps that the human brain creates a “rapid desensitization” to psilocybin known as tachyphylaxis (ta-kuh-fuh-LAK-sus). After psilocybin is converted to psilocin in the liver, it crosses the blood-brain barrier and activates 5-HT2A serotonin receptors primarily in the prefrontal cortex. Very quickly—although it is uncertain as to how quickly—the brain downregulates the number of available receptors.

In other words, if you imagine the 5-HT2A receptors as hundreds of open doors in a massive room, chucking a mushroom into one door immediately causes the other doors to rapidly close. This means that after a while, it doesn’t matter how much psilocybin you throw at your brain: there are no more doors for it to enter or “activate”.

The exact mechanisms of psilocybin tolerance in humans are actually poorly studied, and what we know is primarily from animal models. One study found that LSD-25, or lysergic acid diethylamide, induced tachyphylaxis within 24 hours. LSD is also a 5-HT2A serotonin agonist, so until more research is conducted, it’s reasonable to infer a similar timeframe for psilocybin. 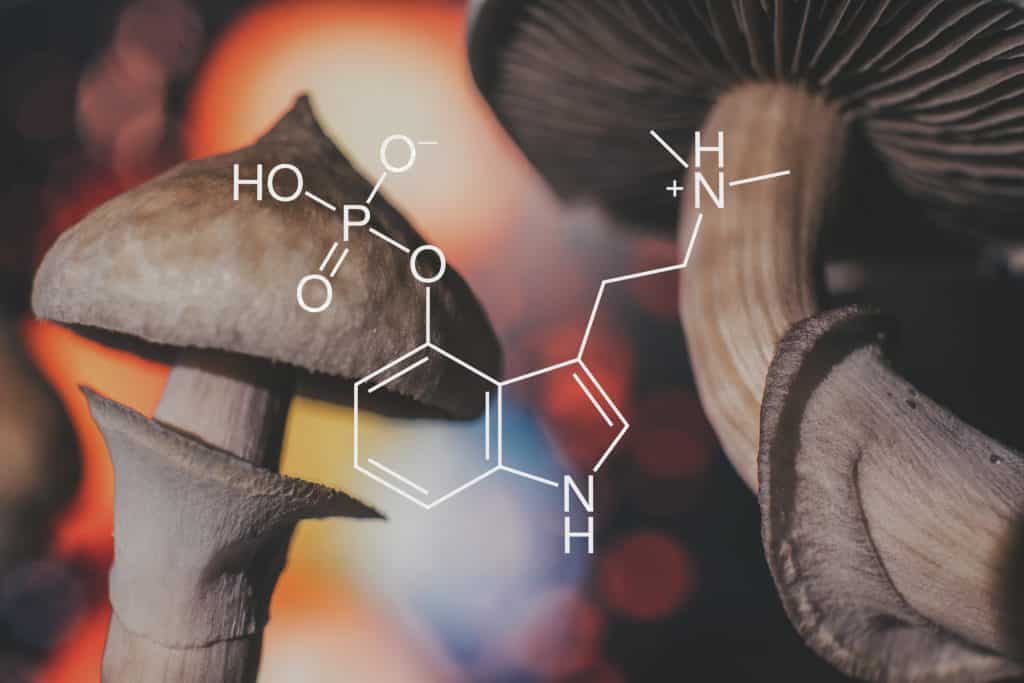 But how much time needs to pass before the receptor-doors completely reopen and you can feel the full effects from the same dose?

An analysis of dozens of Reddit, Erowid, and Shroomery anecdotal reports offers the most well-known answer in science: it depends.

On average, it seems to take four to seven days for most people. However, many people report being able to have a strong experience or fully “trip” just two days after dosing, while many others say they wait two weeks. There are even people who claim that they can achieve an optimal high numerous days in a row with no change in effect.

What muddies the picture further is that a popular microdosing regimen, the Stamets stack, involves people taking low doses of psilocybin for five days straight (along with niacin and Lion’s mane), and then taking two days off. Created by mycologist Paul Stamets, this stack brings into question whether psilocybin’s tachyphylaxis is caused by high doses but not small ones.

As with most aspects of pharmacology, exactly how quickly and for how long your brain creates tolerance to psilocybin most likely depends on your genetics, neurobiology, age, weight, and numerous other factors. If you’re interested in better understanding your body’s individual response to psilocybin, Halugen’s Psychedelic Pre-Screening Platform and Psychedelics Genetic Test Kit offer a simple and effective method for users, researchers and clinicians to gain further insight into their psychedelic experiences. And, if you’re thinking of getting a PhD in ten years when psilocybin is projected to be more legally available to study, exactly how these factors affect tolerance would make an excellent research topic.

For now, in recreational settings, four to seven days is a good estimate. In more controlled settings, like Synthesis Retreat in the Netherlands or Truffles Therapy retreat in Costa Rica, participants are offered the medicine twice with one day in between. Trained facilitators work with participants to decide the appropriate dosing—someone might want a smaller dose after a transformative first journey, and others might request a higher dose on the second day to go deeper within themselves.

Cross-tolerance occurs when the tolerance to one drug crosses over and builds against another drug in the same pharmacological class.

Psilocybin causes cross-tolerance with LSD and mescaline, the psychoactive alkaloid in the peyote cactus, because these two psychedelic drugs also activate the aforementioned 5-HT2A serotonin receptor. This means that after ingestion of either substance, the hallucinogenic effects of psilocybin will be weaker, even if you take a high dose.

Interestingly, DMT, a short-acting yet powerful psychedelic substance commonly referred to as the “Spirit Molecule“, does not cause cross-tolerance despite also being a 5-HT2A receptor agonist. It is uncertain why this is the case, but the prevailing hypothesis is that DMT does not downregulate the 5-HT2A receptor like LSD or mescaline. In fact, DMT doesn’t seem to cause a very strong tolerance at all, which is why it’s possible to consume ayahuasca numerous times in weeklong retreats such as Soltara or Gaia Sagrada (DMT is a primary psychoactive molecule in ayahuasca).

In a three-day festival context, the strong cross-tolerance of the classic psychedelics often encourages people to use them just once on the weekend. Unless you have previous experience and are familiar with your individual level of tolerance, this is the safest option. There is a high potential for a negative experience or “bad trip” otherwise, because the chaos of festivals can be an over-stimulative set and setting for first timers.

In comparison, MDMA and cannabis do not form a cross-tolerance with psilocybin. Although MDMA is well-known for its serotonergic effects, it has a different mechanism of action on serotonin receptors than psilocybin does. It can be paired with mushrooms, which is known as “hippie flipping”, and it can also be used the day after a mushroom journey with no reduction in effects. Cannabis works on a completely different biological system known as the endocannabinoid system, and so people often take it before, during, or after a mushroom journey. 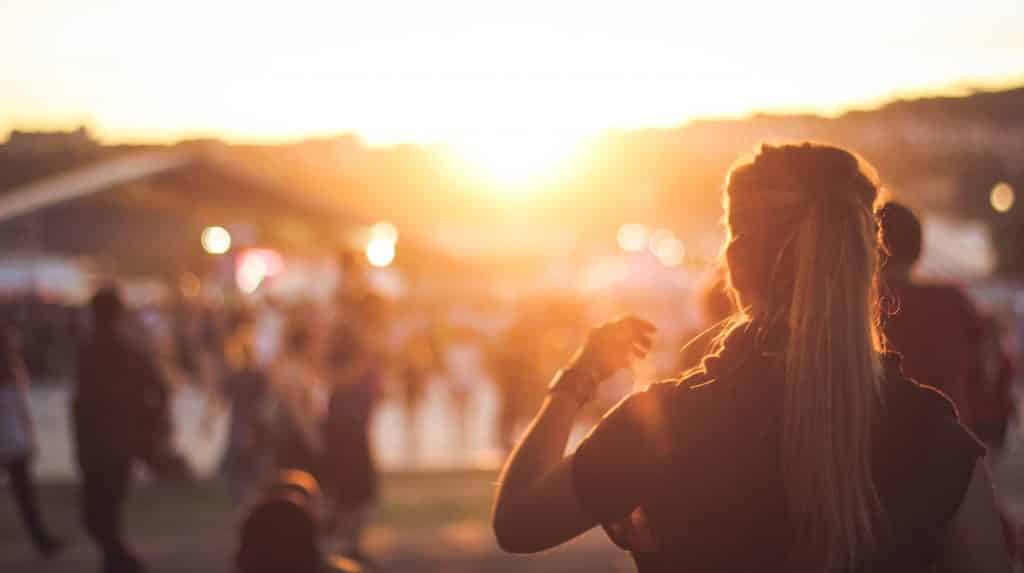 Unless you consume a poisonous mushroom, the biggest risk associated with tolerance is taking too much and experiencing a difficult journey.

It is an extremely common mistake, for beginners and psychonauts alike, to ingest a hallucinogenic drug and then, upon not feeling the effects at the expected time, to take some more. Oftentimes the latency can be traced to a full stomach or the species of mushrooms, but in the case of continuous psilocybin use, not fully anticipating the effects of tolerance can motivate people to take more than they can handle. There is also the possibility of developing hallucinogen persisting perception disorder (HPPD), a long-term condition characterized by the continual presence of often visual distortions, which can negatively affect day-to-day functioning. This is a rare occurrence, and happens to around 4 to 4.5% of people who have a history of psychedelic use.

However, responsible drug use, experienced guides or friends , and a positive setting can usually comfortably safeguard against these risks. If you’re thinking of taking mushrooms on one day, or any of the days, at a festival, it’s advised that you consume a lower dose (one to two grams) than usual to account for the unpredictable environment.

As the world opens up and psychedelics become increasingly destigmatized, be like Vespyr and educate yourself and your friends on responsible psychedelic use. Third Wave has a collection of in-depth guides on all of the most popular molecules, for both macrodosing and microdosing.

We also encourage you to save the Fireside Psychedelic Peer Support Line. If you or someone you know are ever struggling through a psychedelic journey, you can reach them at 1-623-473-7433.

Want to learn how psychedelics can help you level up your life and improve well-being, while starting with small doses instead of a full-scale macrodose journey? Check out Third Wave’s Microdosing Course. Using the latest research from cutting-edge scientists and doctors, we’ll help you develop a customized, step-by-step process to change habits, enhance creativity, and optimize performance.