Meet The People Who Microdose Psychedelics To Treat ADHD 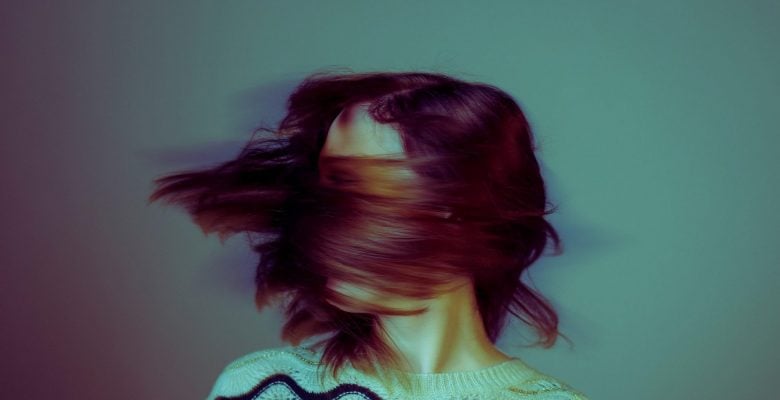 A smartly dressed, relaxed-looking man greeted me on the other end of the Skype call, in Seattle’s early morning. I apologized for calling him so early. “Not a problem,” he replied cheerfully. “I’m usually up around this time for work.”

I don’t know what exactly I was expecting from someone with adult ADHD, but Mike didn’t stick to any stereotypes. Although anyone who has turned to psychedelics for self-improvement is unlikely to be much of a conformist.

Mike, a Territory Manager for a building materials manufacturer, had reached out to me in the hopes of spreading his message: “I have a lot to say about how microdosing helps combat the negative effects of living with adult ADHD.”

Over our video call, Mike described how taking a tiny dose of psychedelics every other day helps his work performance, enriches his daily life, and has, remarkably, helped him quit his ADHD medication.

Mike was diagnosed with ADHD at seven years old: “I remember being told that I have ADHD very vividly; sitting on my bed in my childhood home as my mom broke the news.” He describes his ADHD symptoms as “A mix of impulsivity with lack of mindfulness. An inability to focus on one thought… it can be very difficult to do anything.”

He was immediately prescribed Ritalin and remained on medication until he was 16. It was when a friend described how he “lost his personality” every time he took Concerta that he decided to leave the medication behind. Ultimately, he preferred his ADHD symptoms over being an identity-free zombie.

Mike found himself back on medication at 22 after struggling to find focus at college. After several years of switching between Adderall and Vyvanse, he ran into problems. “That was when my tolerance went through the roof. I briefly decided to attain a second script because I thought I needed more amphetamines.”

“An inability to focus on one thought… it can be very difficult to do anything.”

It was at this crisis point that Mike found himself at the Golden Gate Park, taking 110ug of LSD, with a group of close friends. It was an experience that changed his life. “I have a firm belief that my first dose of LSD cured me of the hyperactivity of ADHD. In some way it allowed me to take control of my uncontrollable symptoms.

“It came to my attention that I had so much more control over myself, my thoughts, my physicality, my movements, my emotions, everything was slowed down and kept my focus. I was able to follow a single thought for longer than I had before. With ADHD I could hardly stay with one thought, let alone finish it out and reflect on it later. This was what I was able to do throughout the entire trip.”

Having experienced a clear perspective on his ADHD for the first time, Mike decided he wanted to make the most of the benefits LSD gave him. He began microdosing, taking less than a tenth of a “Golden Gate Park” dose, allowing him to reconnect to the feelings of focus and calm he’d experienced back then:

“I have been microdosing since November 2016. Most of the time I am microdosing 8-10ug every other day. It works for me and I never feel faded or tired or worn out.”

“I have a firm belief that my first dose of LSD cured me of the hyperactivity of ADHD.”

MEDICATION MINUS THE MOOD SWINGS

Compared to amphetamines, microdosing is a world apart, says Mike. “In my opinion, the ups and downs of those medicines can be exhausting and ineffective after a certain point. While Adderall and Vyvanse have, for the most part, assisted me in important parts of life – finishing school, allowing me to think about what I want and how to go about things I’d otherwise refuse to do like everyday chores – these medicines have diminishing returns.

“Microdosing allows me to use my brain the way I want to – I can explore single thoughts one at a time, and I don’t need to worry about tolerance or the unpleasant come-down of amphetamines.”

Mike says that microdosing has allowed him to wean off amphetamines altogether. He can function in his busy life, building relationships with customers and developing new business. And he can focus on his own life without feeling like a slave to pharmaceuticals.

“I’d recommend microdosing to anyone with ADHD who is desperate to get free of amphetamines,” he told me. “Although I’ve accepted that ‘medications’ are a part of my life, and will be for the foreseeable future, microdosing is a medication that helps me accept myself for who I am, rather than dulling my identity.”

“Microdosing allows me to use my brain the way I want to.”

I soon came across another adult ADHD sufferer shortly after my meeting with Mike. Also diagnosed with ADHD at a young age, Marcel was happy to share his story in hopes of helping others in his position.

Marcel, a (soon-to-be) mechanical engineer from Germany, describes his ADHD in a similar way to Mike. He finds it extremely hard to concentrate on one thought, which severely hampers his education and causes him to miss countless appointments, deadlines, and job opportunities. He took Ritalin for a decade, which somewhat helped his concentration and anxiety, although its significantly diminishing returns led him to quit the drug.

It was a radio feature that tuned Marcel into the idea of microdosing. After only a few weeks of microdosing the LSD analogue 1P-LSD, he decided it was for him. “Microdosing not only lightened my mood,” he said. “It also helped me develop better self control. Those tiny paper snips surprisingly strengthened my sanity and wisdom.” Marcel decided to stock up on a long-term supply of microdoses.

For a year and a half, Marcel has been microdosing with 1P-LSD daily. But it’s not all smooth sailing. Marcel emphasises that microdosing can be a powerful catalyst for change; as long as you are willing to do some work yourself. “I recognize this after microdosing for a fairly long time now. Without continued effort, the brain will regress into defunct patterns. Microdosing, without being a miracle cure, creates enormous room for growth. Yet it is still up to oneself to cultivate better life skills.”

Do the benefits rely on having experienced a full-size dose, similar to that which introduced Mike to microdosing? Marcel doesn’t think so: “A couple of friends from my local ADHD support group with whom I shared microdoses reported distinctive subjective improvements, nearly all of them without any previous exposure to psychedelic substances. I actually do think microdosing is an effective therapy option in and of itself, without requiring a full-strength psychedelic trip.”

In a short space of time, I had come across two people with evocative stories about the life-changing effects of microdosing. Imagine how many ADHD microdosers are out there, gradually leaving behind the bottles of Ritalin and breaking free from the amphetamine tolerance. In the preliminary results of James Fadiman’s recent microdosing study, released earlier this year, his team suggests that around 31% of microdosers are self-treating adult ADD/ADHD. This is nearly as many as those microdosing to treat depression.

Pharmaceutical companies take notice: people with ADHD are looking for something that will help them battle their own symptoms without numbing their identity. Microdosing is giving them that chance at healing without the cost, side-effects, or impracticalities of prescription amphetamines.

Stories like Mike’s and Marcel’s are only just beginning to come to the forefront of the microdosing movement. We could be witnessing the start of a paradigm shift in mental health treatment – all thanks to tiny strips of paper imbued with mind-opening molecules.

If you’d like to discover how microdosing can help you meet your unique goals, check out our Microdosing Course. We’ll guide you through the basics—then dive much deeper, providing you with step-by-step instructions to personalize your experience.

Microdosing Microdosing For Anxiety: Risks, Benefits, & the Transformational
Mainstream mental health interventions typically consist of psychotherapy, psychiatric medication, or both. Now, a growing body of research is pointing to the efficacy of microdosing for anxiety and other mood disorders.
Liz Zhou · March 19th, 2021