LSD for Bipolar Disorder: Is LSD the Answer? 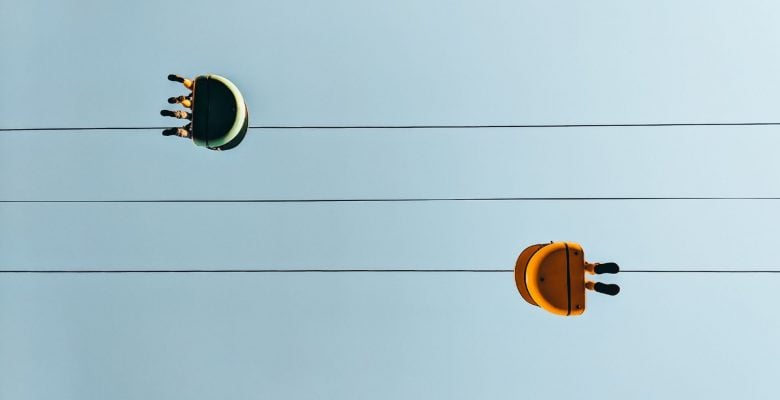 Sean Blackwell’s niece, Eliana, had just re-experienced her own birth. Earlier, she was laughing hysterically in visions of flying, shedding her clothes, and prancing about in a proud, shameless dance. Blackwell and his wife, Ligia, spent six hours with her, holding the space of their “Zen-Bahia” apartment in non-judgement and love.

But Blackwell and his wife were not shamans, and Eliana wasn’t in the middle of a psychedelic medicine ceremony. The two had picked up Eliana from a party in the onset of a manic episode and decided to bring her back to their apartment for the experience  to play itself out.

In his book, Am I Bipolar or Just Waking Up?, Blackwell, who is diagnosed with bipolar disorder himself, describes how he treated his niece’s episode as a form of spiritual emergency or transpersonal crisis instead of a psychotic break. These are terms coined by Dr. Stanislov Grof and refer to often spontaneous episodes of non-ordinary states of consciousness that, if handled correctly, can lead to “emotional and psychosomatic healing, creative problem-solving, personality transformation, and consciousness evolution.”

In other words, if contained within principles sacred to psychedelic medicine—set, setting, and holding space—it’s possible to treat manic episodes as an opportunity for profound healing.

But can folks with bipolar disorder use psychedelics directly to enhance their well-being? Let’s get into it.

What is bipolar disorder?

Through the lens of psychiatry, bipolar disorder is a chronic mental health condition that is characterized by extreme mood swings between highs and lows, or mania/hypomania and depression. According to the National Institute of Mental Health, there are three types of bipolar disorder:

People with bipolar disorder are more likely to commit suicide than people with any other psychiatric condition. This is because of the intensity of depressive episodes and the existence of “mixed” episodes, where a person suffers from a very depressed mood and yet has enough heightened energy to carry out a suicide attempt. About one-third to one-half of those diagnosed attempt suicide at least once in their lives, and 15-20% of attempts are completed.

But what is it like to have bipolar disorder? Abigail describes it this way:

“Bipolar is being unsure if joy is really joy or if mania is creeping up. It’s doubting that it’s OK to be upset about something or that you can have a bad day because you fear it could be the start of a depression. It’s moments of doubt—total disbelief that you really have bipolar and feeling certain it’s all a sham and those meds and life changes are completely unnecessary. It’s trying to come to terms with the fact that bipolar can’t be past tense—even when you are stable you don’t get to say, ‘I had bipolar’. You will always have it.”

Although the depressive states of bipolar disorder create an increased likelihood of suicide, manic states can be very destructive as well. Emma explains that:

“The thing Hollywood gets the most wrong about living with bipolar disorder is that mania is a super power or gift. I’m thinking about artists who created while manic, or Carrie on Homeland cracking the case because of wild leaps in logic while manic. The idea that the world deserves the results of mania more than those with bipolar disorder deserve safety in their own minds is really [upsetting]. It drives me crazy, this attitude that mania is a gift that justifies the pain of depression. I think it is hard for people to understand that my manias are my most destructive times, both in terms of how it affects my life and my relationships.” 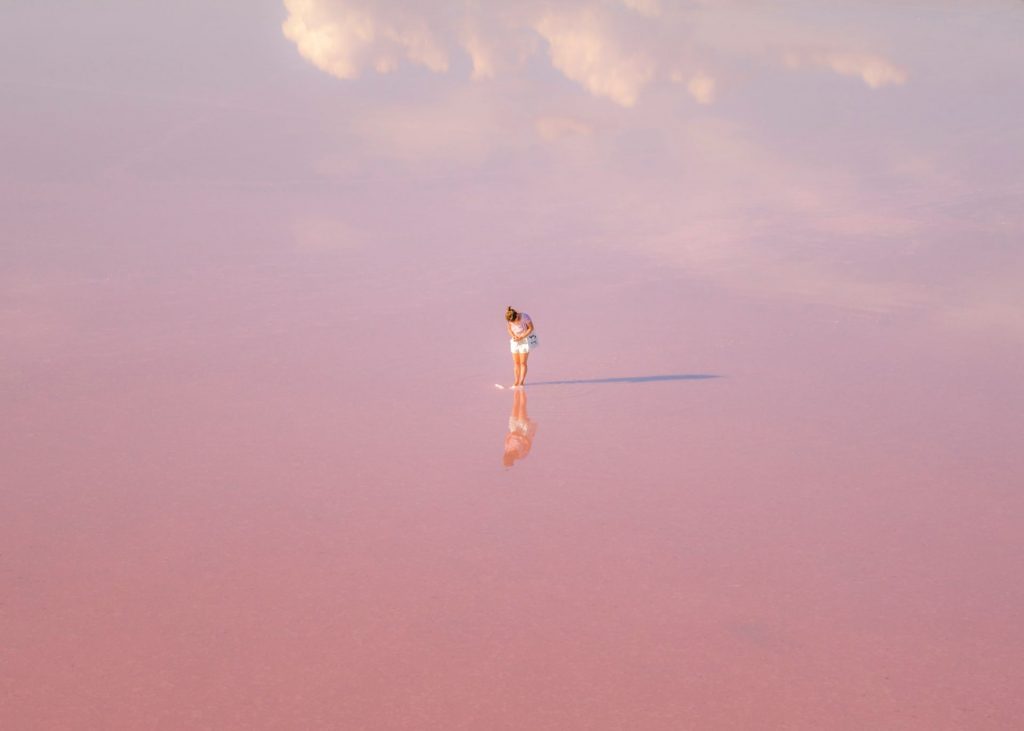 Because a manic episode is the primary criteria for bipolar I disorder, someone claiming to have experienced the body of God can be easily pathologized in a psychiatric context.

But given that early LSD (lysergic acid diethylamide) research was on understanding psychosis and schizophrenia, manic episodes can be incredibly similar to a psychedelic experience. They are marked by transcendent highs and harrowing lows, and people often feel like they’re being shown profound truths by a higher intelligence.

When viewed through the lens of spiritual emergency, these hallucinogenic experiences can be the output or “exteriorization” of unconscious fears and traumas. It’s for this reason that the non-directive approach of holding space in psychedelic ceremonies applies so well, because such a container can facilitate a person’s inner healing intelligence, or the innate knowledge within all of us to move towards wholeness and well-being.

Outside of healing, manic episodes can be genuine connections to the spiritual realm. As a freshman at the University of Georgia, Chris Cole was struck by a divine sense of oneness with the universe and concluded that he was the Second Coming of Christ. Unlike Sean Blackwell’s niece, Cole was taken to jail and eventually medicated out of his mania.

However, he “had never been more certain of God in [his] life.” Dr. Grof would describe Cole’s spiritual emergency as a “psychological renewal through activation of the central archetype,” where in experiencing himself as a messiah, Cole underwent a rebirth into a new way of being, a new sense of what was possible. Cole spent a decade integrating that experience into a dedicated spiritual path, and he is now a life coach and the creator of the *Waking Up Bipolar* podcast.

Can folks with bipolar disorder heal with psychedelics?

Currently, psychotherapy combined with mood stabilizers like lithium is the most common long-term method of treating mood disorders, and antipsychotics like Haloperidol are the most effective at treating mania.

However, these drugs are well-known to have negative side effects like hypothyroidism and weight gain. In addition, people with both bipolar I and II suffer from depression, and yet antidepressants like selective serotonin reuptake inhibitors (SSRIs) are cautiously used because of their risk in triggering a Treatment Emergency Affective Switch, where a serotonergic drug sparks a manic episode.

It’s clear that, like those suffering from post-traumatic stress disorder (PTSD), substance use disorder, and treatment-resistant major depression, people with bipolar disorder could benefit from the healing power of psychedelic medicine.

Yet, bipolar disorder is an exclusionary criterion in most psychedelic studies and ceremonies. Classic psychedelic substances like LSD and psilocybin (magic mushrooms) are serotonergic agonists, and MDMA increases the amount of serotonin in the brain. This means that, like SSRIs, ingestion of these psychedelics risks triggering a Treatment Emergency Affective Switch.

There isn’t much research on this risk, but a 2021 pre-print literature review from researchers in California found that, out of 15 published case studies of people developing a possible manic episode after taking a psychedelic drug, none diagnosed with or who had family history of bipolar disorder had a manic episode after taking psilocybin mushrooms. This finding has prompted the researchers, in partnership with COMPASS Pathways, to develop a Phase 2 clinical trial on the efficacy and safety of psilocybin for bipolar II disorder that is set to be completed by January 2022.

Getting into the neuroscience, Benjamin Mudge, who has bipolar disorder and is a Ph.D student at Flinders University in Australia, is building off of his mother’s hypothesis that bipolar disorder is mediated by a malfunctioning inositol phosphate metabolism in the brain. This mechanism regulates mood and speed of thought, and the unregulated bipolar brains enter a depressive state when they run too slowly or a manic state when they run too quickly.

According to Mudge, it’s possible that the reason why psychedelics or SSRIs can trigger a manic episode is because they make the bipolar brain run too quickly for too long. However, through his own use of ayahuasca and DMT, Mudge thinks it’s possible to find a Goldilocks Zone—the right dosage of the right psychedelic might be able to provide the positive effects of a psychedelic journey without triggering mania.

In other words, fast-acting DMT might be more appropriate than the 12-hour-long journeys of LSD. In addition, microdosing might not be the best idea because of repeated dosing. But Mudge stresses that everyone is different, and that more research is needed.

Until that research is undertaken, the safest hallucinogen for bipolar disorder is ketamine. Ketamine is not serotonergic, so it can help treat the depression side of bipolar without inducing a Treatment Emergency Affective Switch. One study from the University of Toronto in Canada found that four intravenous ketamine treatments significantly reduced suicidal ideation and anxiety in patients with either bipolar depression or major depressive disorder. 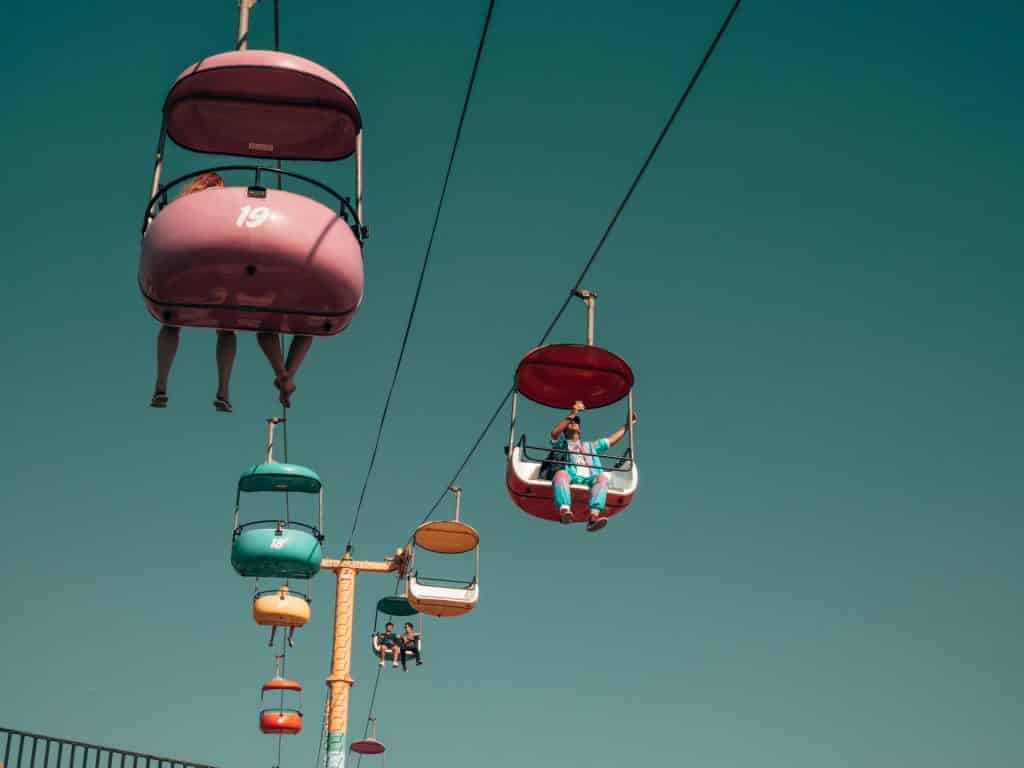 So is LSD the answer?

Given Mudge’s research, the length and intensity of a high dose LSD journey is very likely to push a bipolar brain into overdrive. However, as LSD-assisted psychotherapy evolves for other mental health problems, it’s possible that the lessons learned in how to facilitate the 12-hour journeys could shed some light on how to handle a spiritual emergency masquerading as a manic episode.

In this way, LSD could help folks with bipolar disorder indirectly.

It’s important to note that all the research currently available on the effect of psychedelics on bipolar disorder covers recreational usage. Consequently, there are tons of confounding factors like polysubstance drug use, improper set and setting, and contraindications with mood stabilizers like lithium that blur our understanding of their effect. This means there’s a ton of opportunity to explore these medicines in a clinical context.

Many people who are diagnosed with bipolar disorder are told that it is a chronic, debilitating disease they will have to mitigate through drugs for the rest of their lives. It doesn’t have to be that way. As we move into a more holistic understanding of mental health illness and health as psychedelic research continues its ascent, folks with bipolar disorder may see a revolution in treatment.

If you or a loved one are suffering from bipolar disorder, resources are available. The Depression and Bipolar Support Alliance has support groups across the United States, and if you are considering suicide, you can call the National Suicide Prevention Hotline at 1-800-273-8255.

If you, a friend, or family member has bipolar disorder and is struggling through a psychedelic journey, you can call the Fireside Psychedelic Peer Support Line at 1-623-473-7433.

LSD LSD Drug Tests: Everything You Need To Know
Does LSD show up on a drug test? How long does it take for LSD to leave your system? Can I test myself for LSD? Good news, we’ve got answers...
Edan Armas · May 28th, 2021 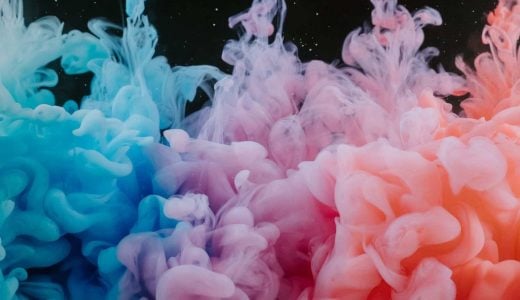 LSD Benefits of Microdosing LSD: Therapeutic Use of LSD
This article takes a comprehensive look at the positive physical, psychological, and spiritual effects of LSD use, in both small and large doses.
Edan Armas · May 26th, 2021
Load more posts