Psychedelic Research Chemicals: What You Need to Know

Research chemicals, also known as designer drugs, synthetics, or RCs, are synthetic or semi-synthetic molecules that are explicitly designed to circumvent drug laws.  They are created to mimic the effects of the “parent drug” or otherwise prohibited substance. Most of these are functional analogs of the banned drug they are made to mimic, meaning they have similar physical, chemical, or pharmacological properties. These research chemicals can range from synthetic marijuana, hallucinogens, designer steroids, opiates, and amphetamines. Due to their constantly evolving nature, their potential dangers are unknown compared to the substances they intend to mimic.

The primary purpose of creating these synthetic versions of prohibited drugs is to avoid breaking the law. In the United States, the DEA passed the Federal Analogue Act in 1986. This law treats any controlled substance analog, with the intention of human consumption, the same as a controlled substance classified as a Schedule I. By labeling their products as “Not for Human Consumption,” synthetic drug manufacturers can bypass this law, sell their research chemicals legally, and avoid legal liability. Most countries have similar loopholes creating space for the creation of new research chemicals. A well-known example of this is synthetic cathinones, or artificial stimulants, marketed as “bath salts” in convenience stores to be sold legally.

The United Kingdom attempted to ban research chemicals with the Psychoactive Substances Act in 2016, which prohibits the sale or production of any psychoactive substances or “legal highs.” Canada has a similar drug regulation law called the Controlled Drugs and Substances Act.

As soon as a synthetic drug is made illegal, another can be altered chemically to take its place. This circumstance creates a rapidly changing drug market with little time, or care, for efficacy or safety testing to take place. Unfortunately, unlike their parent drugs which have had years to be studied, these synthetic versions, although chemically similar, can vary widely in the new drug’s effects. Even small chemical variations of known drugs can change how the body processes them. Due to the unpredictability of these new psychoactive substances, it can be hard to determine the dosage, side effects, and drug duration, making these substances potentially dangerous. In many instances, although they might be illegal, the parent drugs are safer to consume than the synthetic version.

Synthetic cannabinoids, such as Spice or K2, are a prime example of this. Many individuals that have used synthetic cannabinoids experience them to be much more potent than THC, the active component in cannabis. They also had considerably more adverse effects such as anxiety, seizures, paranoia, heart palpitations, and aggression.

Many popular research chemicals are substances that mimic classic psychedelics like LSD and MDMA. Here, we’ll run through some well-known research chemicals, and we’ll tell you everything we know about their legality.

Disclaimer: Research chemicals are potentially illegal substances, and we do not encourage or condone the use of these substances where it is against the law. However, we accept that illegal drug use occurs, and believe that offering responsible harm reduction information is imperative to keeping people safe. For that reason, this guide is designed to ensure the safety of those who decide to use the substances. We do not encourage using these drugs outside of a legal or traditional context.

1-propionyl-lysergic acid diethylamide, or 1P-LSD, is a popular alternative to LSD and is a common choice for microdosers who don’t want to break the law.

Its chemical structure is similar to that of LSD, with a small propionyl group added to the indole ring. According to various threads and forums online, the psychological effects of 1P-LSD are almost indistinguishable from LSD. There is not much scientific literature available on the actual pharmacological properties.

Evidence shows that 1P-LSD acts as a prodrug to LSD, and metabolizes as LSD in the body. 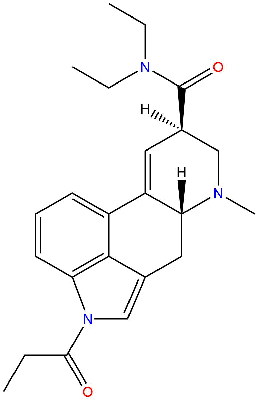 Other countries have banned analogs of LSD, which 1P-LSD falls under if marketed for human consumption. Examples are the United States Federal Analogue Act and Latvia’s amendment on tryptamine derivatives. However, we have heard of no cases of people prosecuted for 1P-LSD possession under these laws.

The United Kingdom’s Psychoactive Substances Act means that 1P-LSD is illegal to sell, although you can still possess it. There have been no cases of people charged for anything related to 1P-LSD.

1P-LSD is legal to purchase and possess in  Canada. If your country doesn’t have a specific regulation against 1P-LSD or LSD analogs, then it is probably legal to buy and possess – but always check your local laws. We don’t recommend illegal activities.

2,5-dimethoxy-4-bromophenethylamine, or 2C-B, was designed by an American chemist named Alexander Shulgin in his research of phenethylamines. 2C-B shares structural similarities to mescaline (peyote) but possesses slightly different effects. It is the most popular of the 2C-x group.

Its effects include a body high and ’empathogenic’ properties similar to that of MDMA, combined with the psychedelic visuals of LSD.

2C-B is considered a milder psychedelic and is relatively short-lasting. 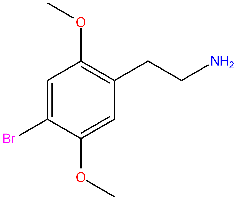 Due to its inclusion in the UN Commission on Narcotic Drugs in 2001, 2C-B is prohibited in most countries. It is considered a schedule I substance in the United States. In the United Kingdom, it is a Class A, meaning it is punishable under the most severe drug crime penalties.

6-allyl-6-nor-lysergic acid diethylamide, or AL-LAD (also known as Aladdin), is an analog of LSD, with the difference being the use of allyl bromide as a reactant in synthesis.

Reports suggest that this chemical has similar psychological effects to LSD, although with a shorter duration. It’s reportedly less likely to provoke anxiety and people describe it as a less intense version of LSD; the ideal ‘starter psychedelic.’ 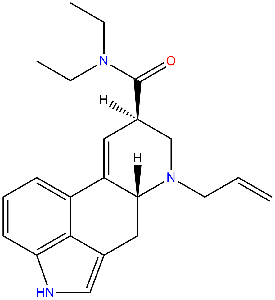 In the US, AL-LAD falls into the same legal grey area as 1P-LSD, where possession and supply are prosecuted under the Federal Analogue Act if marketed for human consumption.

In the UK, AL-LAD was added to the Misuse of Drugs Act and is considered a Schedule I drug.

AL-LAD is also illegal in Sweden, Switzerland and Latvia.

1-Acetyl-N, N-diethyllysergamide, or ALD-52, is a derivative of LSD, with the addition of an acetyl group to the indole ring.

The subjective psychological effects on humans are not well established, although they’ve been reported to be similar to those of LSD. 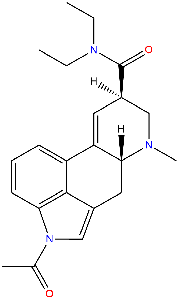 In the US, ALD-52 falls into the same legal grey area as 1P-LSD, where possession and supply are regulated under the Federal Analogue Act.

In the UK, ALD-52 was added to the Misuse of Drugs Act and is considered a Schedule I drug.

ALD-52 is also illegal in Latvia.

6-Ethyl-6-nor-lysergic acid diethylamide, or ETH-LAD, is a derivative of LSD. The main difference between the compounds is an addition of an ethyl group in ETH-LAD.

The subjective effects of ETH-LAD are not well known, although user reports suggest that the effects are somewhat similar to those of LSD. 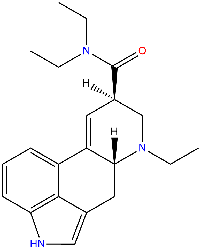 In the US, ETH-LAD falls into the same legal grey area as 1P-LSD, where possession and supply are prosecuted under the Federal Analogue Act if marketed for human consumption.

In the UK, ETH-LAD was added to the Misuse of Drugs Act and is considered a Schedule I drug.

ETH-LAD is also illegal in Sweden, Switzerland, and Latvia.

Lysergic acid 2,4-dimethylazetidide (also known as Lambda or LSZ) is an LSD derivative created by David Nichols and fellow researchers at Purdue University. It differs from LSD with the addition of an azetidine group.

Its psychological effects are reported to be similar to those of LSD. There is very little research or toxicity information available related to this research chemical, so it is recommended to start with small doses and use harm reduction practices with use. 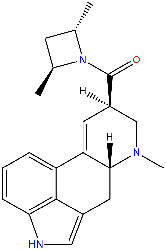 LSZ is illegal in Switzerland and Sweden.

It could fall under the US Federal Analogue Act, although there have been no prosecutions so far.

In the UK, LSZ was added to the Misuse of Drugs Act and is considered a Schedule I drug.

6-propyl-6-nor-lysergic acid diethylamide, or PRO-LAD, is an analog of LSD. Its main difference from LSD is the addition of a propyl group.

The psychological effects of PRO-LAD are relatively unknown, although users report a general similarity to the effects of LSD. It is described by Andrew Shulgin in his book TiHKAL, to be about as potent as LSD, with an adequate dose between 100 and 200 micrograms. As with other research chemical psychedelic lysergamides, very little data exists about the pharmacological properties and toxicity of PRO-LAD, as well as the history of human use. 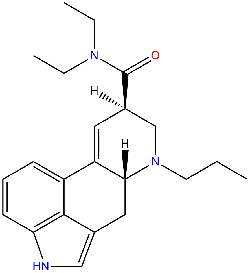 In the United States, PRO-LAD falls into the same legal grey area as 1P-LSD.

In the United Kingdom, PRO-LAD falls under the Misuse of Drugs Act and is considered a Class A drug.

PRO-LAD is also illegal in Sweden, Switzerland, and Latvia.

4-AcO-DMT is a semi-synthetic tryptamine with a similar molecular structure to psilocybin. Like psilocybin, 4-AcO-DMT is  a prodrug of psilocin, and as such appears to be metabolized by the body into psilocin. Some claim the effects are similar to psilocybin mushrooms, while others state it is closer to DMT.

4-AcO-DMT is different from other synthetic drugs because it wasn’t originally created to bypass drug laws. Albert Hofman first synthesized it at Sandoz laboratories in Switzerland, where he patented it in 1963. It wasn’t until the ban of many psychedelic substances that it sold alongside other “legal” research chemicals in the 1990s. Due to its origin, of the many “grey-market” research chemicals available, 4-AcO-DMT is probably among the safest.

There is no known toxicity or addictive potential of 4-AcO-DMT. 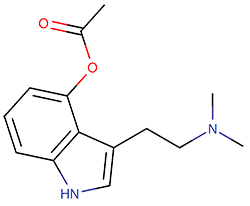 4-AcO-DMT is illegal in the UK, Brazil, Italy, and Sweden.

In the US, 4-AcO-DMT may fall under the Federal Analogue Act, which would make its sale illegal.

In most other countries, it is legal to possess 4-AcO-DMT for personal use.

4-HO-MiPT is a designer psychedelic with structural similarities to psilocin. As such, it produces psychedelic effects that are virtually indistinguishable from psilocybin mushrooms.

There is no known toxicity or addictive potential of 4-HO-MiPT.

4-HO-MiPT is illegal in Sweden and the UK.

In the US, 4-HO-MiPT could fall under the Federal Analogue Act, which would make its sale illegal.

WHERE TO BUY RESEARCH CHEMICALS

Due to their ambiguous legality, many of these research chemicals are available for purchase online. These can be from online marketplaces, overseas pharmacies, or on the dark web. Bitcoin and other cryptocurrencies have aided in the anonymity of these sales online. Depending on the type of synthetic drug, some sell in convenience stores and head shops, under the labeling of ‘Not for human consumption.’

The use of research chemicals ultimately comes down to a personal decision. Due to the lack of information available on these drugs, it can be harder to educate oneself on what to expect. As with any psychedelic, it is highly recommended to have a sitter present and to be mindful of set and setting.

Arguably, research chemicals exist to explore the psychedelic potential of different substances. The reason they are popular is that they circumvent drug laws and can be financially lucrative for illicit manufacturers. Prohibition is the primary source of fuel for these substances.

Historically, prohibition pushes people to find more dangerous ways of exercising their cognitive freedom. With the legalization of psychedelics, these drugs could be thoroughly tested, creating access to safer substances.

1P-LSD Legal Status Of LSD And 1P-LSD
Although LSD is illegal nearly everywhere in the world, its close cousin, 1P-LSD, may be a legal substitute depending on your location.
Third Wave · June 19th, 2019
Load more posts