Disclaimer: Growing psilocybin mushrooms for consumption is a potentially illegal activity, and we do not endorse or condone this activity where it is against the law. At the same time, we acknowledge the curiosity surrounding this topic and want to help bring clarity to fungi novices.

Primed for a primer

Like one of the 300+ million Pinterest goers, you probably love a good DIY project. But make-your-own-magic mushrooms isn’t quite as simple as DIY sugar scrubs. Additionally, growing psilocybin mushrooms is illegal unless you’re doing it for sanctioned research. Challenges aside, you may still be curious about medicinal mushrooms and the process of cultivation. After all, psilocybin mushrooms are nutrient-rich, therapeutic, and can potentially create new neural pathways in the brain. Why wouldn’t you want to know more?

Allow us to guide you on a novice’s journey to magic mushrooms and how to grow them at home.

But, first, what are psilocybin mushroom spores?

Magic mushroom spores are the microscopic spheres produced inside the cap of the mushroom. Spores are to mushrooms what seeds are to plants. You need to “plant” spores to begin the process of growth, known as germination.

When you successfully germinate spores, they grow tiny branches (hyphae), which later form mycelium. Mycelium spreads a network of fine white filaments underground, which lays the groundwork for fruiting. If you create a healthy and sterile environment, psilocybin mushrooms will eventually emerge.

Is it legal to buy mushroom spores?

You can legally buy spores in most US states because spores don’t contain the psychedelic compound psilocybin. However, once you germinate the spores into fruiting magic mushrooms, you may be violating the Controlled Substances Act, which defines psilocybin as a Schedule 1 drug.

New Mexico (NM) is the only state on record whose Court of Appeals agreed that growing mushrooms is not technically against the state’s drug trafficking laws. But even if you live in NM, you may not want to test the “gray area” defense in court.

Learn more about the legality of spores and how to buy psychedelic mushrooms in the US and abroad.

Where can I find mushroom spores in the US?

Unlike the process of growing magic mushrooms, obtaining mushroom spores online is relatively easy. The tricky part is finding a vendor you trust to provide a quality product. That’s why it’s essential to always do your due diligence.

In this case, you might start by joining Facebook groups, following subreddits, and seeking recommendations from established resources like Fungi Perfecti. Once you narrow down your list of vendors, make sure your chosen supplier understands all compliance issues and is not selling you illegal “fruiting spores.”

Should I buy spore syringes or spore prints?

You can find spores sold online in syringes or on prints. Spore syringes are precisely what they sound like – oral syringes filled with water and mushroom spores. For the best results, look for syringes with purified water. Spore prints are dry spores stamped onto a sheet of paper by laying fresh mushroom caps face down for several hours.

You can grow magic mushrooms with spore prints or syringes. Spore prints may last longer than syringes, and you may get more for your money by ordering them. However, you’ll need to hydrate spore prints overnight before you can begin germination. This process adds an extra step, which increases the chances of contaminating the spores. For that reason, you may want to start with spore syringes. 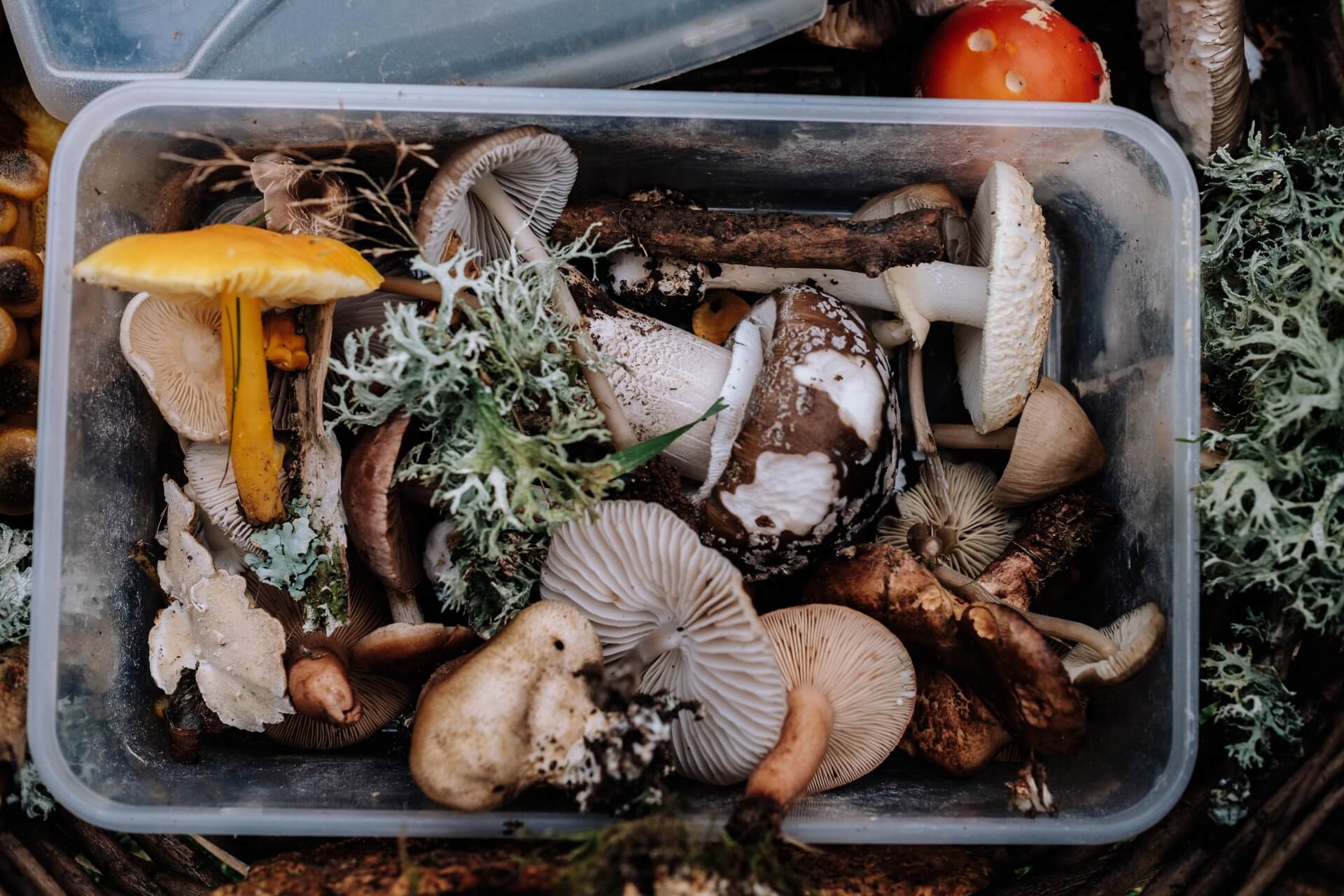 What are the different types of mushroom species?

You can find dozens of psychedelic mushroom species around the world. Moreover, each species consists of multiple strains, which exhibit unique properties, such as shapes, potency, and ease of cultivation.

By far, the most popular species is Psilocybe cubensis. Known as “cubes,” this species is considered the most accessible type of psilocybin mushrooms to grow indoors. Cubes contain approximately 60 different strains and are easy to recognize due to their large mushroom caps and golden color.

Psilocybe semilanceata, also called Liberty Caps in the US, is a prevalent species found worldwide. Liberty Cap strains produce the psychoactive compounds psilocybin and baeocystin and are some of the most potent mushrooms found in nature. Liberty Caps have a bell-shaped top, are yellowish-brown in color, and have long, thin stripes.

If you’re interested in geeking out on mushrooms species further, check out resources like Paul Stamets’ book “Psilocybin Mushrooms of the World: An Identification Guide.”

Is it expensive to grow my own mushrooms?

With about $100, you can purchase all the items you need to grow magic mushrooms at home. 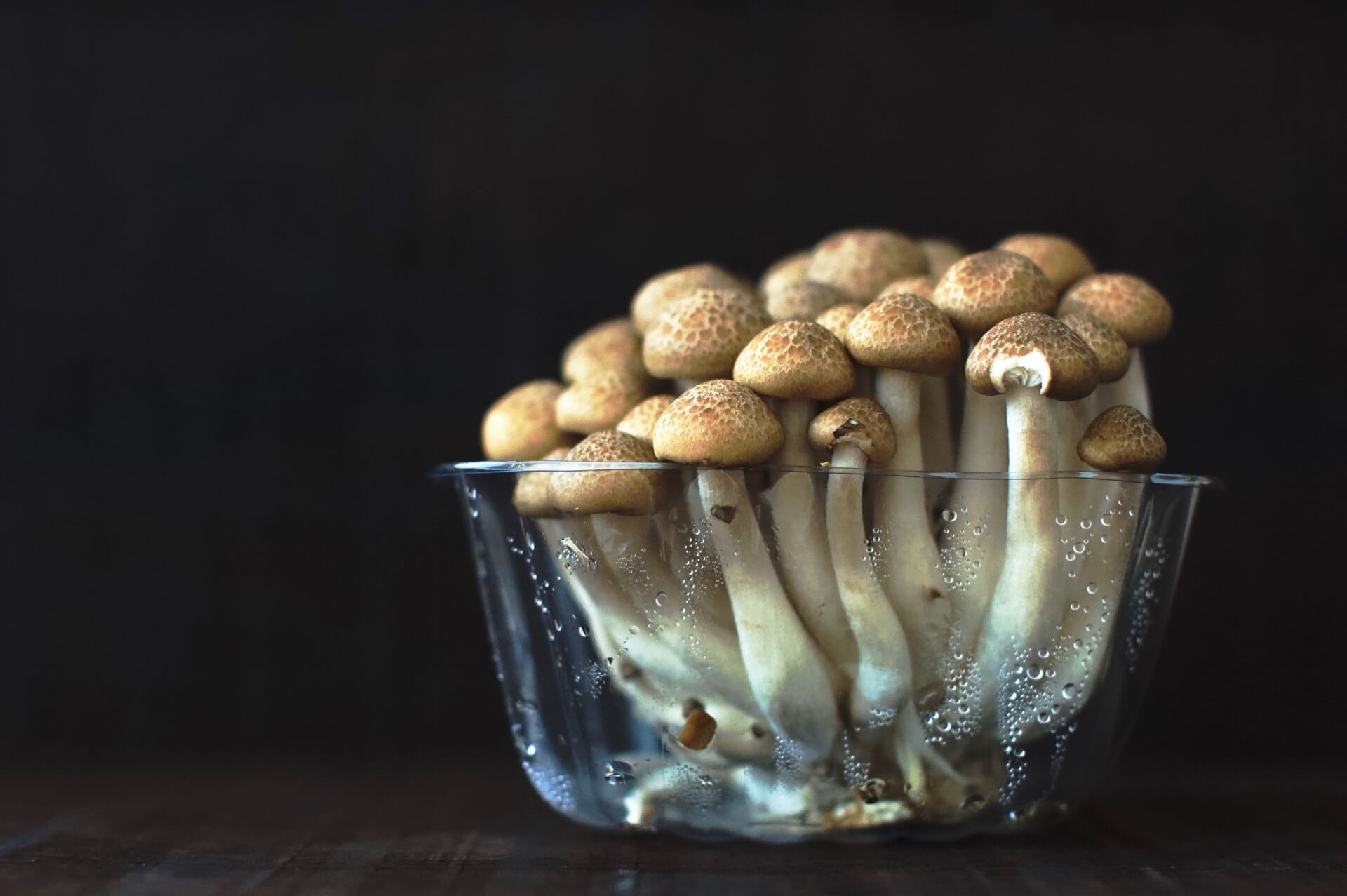 Is it challenging to grow psychedelic mushrooms indoors?

It’s certainly no sugar scrub, but anyone can learn how to grow psilocybin mushrooms with the right ingredients, equipment, and hygiene supplies. You don’t even need a lot of space. You need the skill, attention to detail, and a bit of finesse to get it right. When growing mushrooms, you also need perseverance because you may not get it right the first, second, or even third try. Why?

How long does it take to grow mushrooms?

Prep to harvest will take about nine weeks, according to our friends at DoubleBlind.

Where can I learn the most popular techniques (teks) for how to grow magic mushrooms?

The most popular technique for growing cube mushrooms is Psilocybe Fanaticus (PF Tek), according to the “Psilocybin Mushroom Handbook.” The method has drawbacks in efficiency, but the authors still recommend PF Tek as a “foolproof” process for beginners. For that reason, we outline the steps of the PF Tek Method in our recent guide.

Looking for a faster method to consume mushrooms? Check out our guide on how to buy psilocybin mushrooms.

Where can I learn how to grow Psilocybe cubensis mushrooms using the PF Tek?

You’ll start growing shrooms using the PF Tek by preparing half pint jars with a homemade substrate consisting of organic and inorganic materials designed for favorable growing conditions. You’ll finish by preparing a grow chamber and harvesting fully fruited mushrooms. But you’ll need to follow several exact steps in between.

Due to the level of precision you need to successfully grow magic mushrooms, we recommend taking the course, How to Grow Mushrooms offered by DoubleBlind. The course takes you through every step of growing legal medicinal mushrooms, including videos and real time advice from expert mycologists. As a bonus, you’ll receive 20% off by being a Third Wave reader. Simply enter the code “thirdwave” during the check-out phase. This course is a must for novices. Click here to get started!

Where can I find more information?

To learn how to use the mushrooms you grow for better health and healing, head on over to our Microdosing Course. And remember, always stay curious!