Burnout, Rebirth, and Going Beyond Coffee

James Beshara, an angel investor, founder, podcaster, and general startup-helper, joins host Paul Austin to discuss burnout as a founder and what tools James discovered beyond coffee to feel his best.

Burnout has become increasingly common in the workplace. It is particularly insidious in the start-up world. In this week’s episode, we talked about James’s new book “Beyond Coffee: A Sustainable Guide to Nootropics, Adaptogens, and Mushrooms” and why doing more as a founder is not equivalent to living a life of meaning and purpose.

James is an angel investor, founder, podcaster, and general startup-helper from San Francisco.

Inc, Forbes, and Time Magazine included him in their “30 Under 30” lists, and over the years, he has been featured in The NY Times, Forbes, CNN, Bloomberg, Wall Street Journal, and the Guardian.

He started a few companies, sold one (Tilt; acquired by Airbnb), invested in a few multi-billion dollar ones, and advised even more. He also hosts a podcast focused on the inner journey of founding, leading, and creating called “Below the Line with James Beshara”.

James recently published “Beyond Coffee: A Sustainable Guide to Nootropics, Adaptogens, and Mushrooms.” You can get the first two chapters for free by clicking the link in the show notes below. 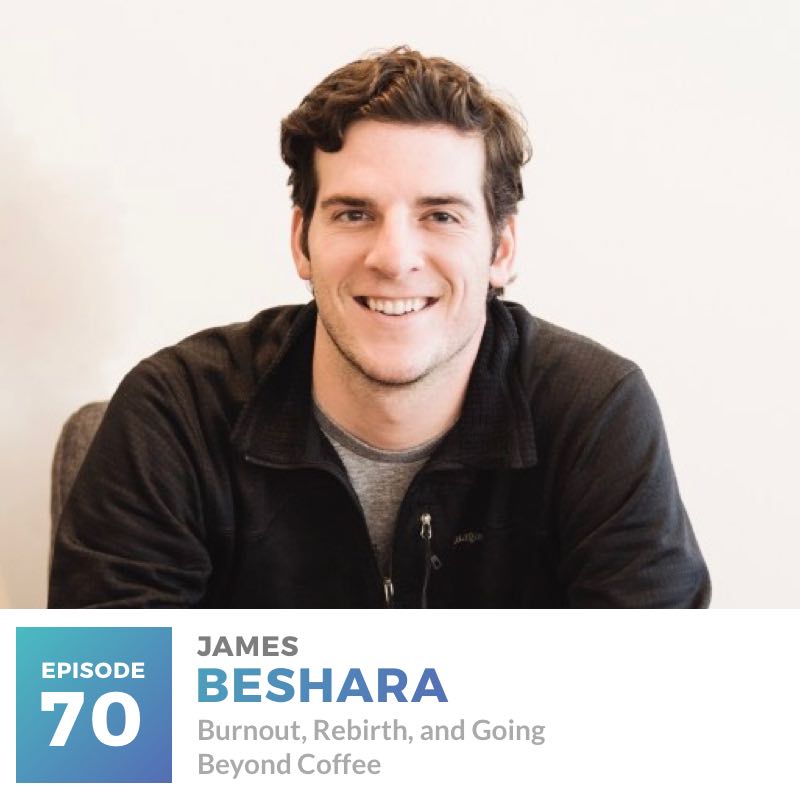