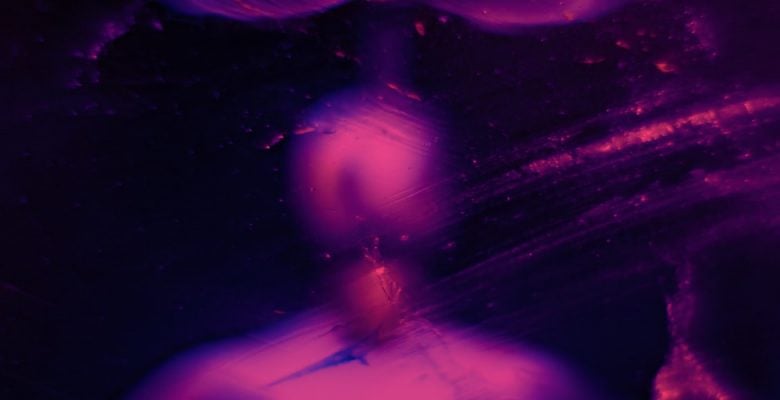 LSD and psilocybin mushrooms (also called “shrooms” – the primary ingredient is psilocybin) are arguably the two most commonly used psychedelics. Many people wonder, however, about the difference between them.

Although LSD was popularized by mainstream use in the 1960s, psilocybin mushrooms have been used in shamanistic traditions for centuries.

Like all psychedelics, psilocybin mushrooms and LSD share commonalities in how they affect human consciousness. Common symptoms include visuals, feelings of unity or oneness, and ego-elimination.

But, as anyone who has consumed both LSD and psilocybin mushrooms will tell you, there are also significant differences.

‘What will I experience when taking LSD vs psilocybin mushrooms?’

The following reports may help you to plan for your own experience. Keep in mind, these effects resulted from consuming a moderate dose (LSD: 100-250 micrograms – psilocybin mushrooms: 2-4 grams). Microdosing with these substances (about 1/10th of a moderate dose) will produce different results.

What Are The Effects of LSD?

What Are The Effects of Psilocybin Mushrooms?

LSD usually comes as a liquid, or as a paper, gel, or candy that has had liquid LSD dropped on it. Paper tabs are most common, and are left under the tongue to dissolve. Psilocybin mushrooms are usually just eaten in their dried form, or sometimes crushed into powders and put in capsules or added to food or drink.

LSD vs psilocybin: How long to kick in? How long does it last?

Aside from the longer lasting effects of LSD (up to 12 hours compared to 6-8 hours on mushrooms), the onset time and progression for the two substances are also different. It’s not too obvious at first, but LSD tends to kick in a bit quicker— around 30-45 minutes, compared to psilocybin mushrooms, which usually take closer to an hour.

With mushrooms, you tend to “peak” about 80 minutes after ingestion, while an LSD might happen a few hours into the experience. An LSD trip is also long enough to deliver multiple peaks, while psilocybin mushrooms usually only last long enough for one significant peaking moment.

In terms of visuals, psilocybin mushrooms are more likely to deliver than LSD. Hallucinations are rare when using LSD. With LSD, it is more common to see objects or surfaces as throbbing, or “breathing,” and to see residual traces of moving objects. LSD has visual effects that are comparable to its cognitive effects, so things look crisp and clean, and colors look more vibrant while staying true.

Psilocybin mushrooms have stronger visual effects, where static objects move or transform, and sometimes entire beings or objects are imagined. Color can be heavily affected, and the colors of everything can blend into a cohesive theme or pattern— the whole world might seem rendered through a purple or sepia lens, for instance.

The mental effects of LSD and psilocybin mushrooms are also quite different. LSD definitely changes and alters thinking, but somehow maintains a paradoxical sense of awareness even in the depths of confusion.

With psilocybin mushrooms, it is much more likely to feel out of control and to detach from your sense of self and everyday thinking. This can be refreshing, but also disorienting and intense.

Physically, LSD tends to cause a crisp, slightly nervous energy. Sometimes you need to physically move around to help control it, otherwise it turns into anxiety or restlessness. Psilocybin mushrooms seem to have more grounded physical effects. You feel solid, deeply rooted, and particularly when outdoors, deeply connected to nature. Both substances often have positive effects on the mind-body connection.

Here are some quotes from the web that creatively describe the differences between LSD and psilocybin mushrooms:

There is certainly the option of taking LSD and psilocybin mushrooms together. However, this can be challenging. Often, both of the substances are too overpowering and the user loses comprehension and control. A proper dosage amount of both substances is key.

If you are considering trying LSD and mushrooms together, it’s highly advised to first get comfortable with each substance separately. A good approach starting out would be to lower each individual substance’s dose by around a third, and to be prepared for an intense experience.

There are plenty of success stories from trying both LSD and psilocybin mushrooms, where the unique visual effects and loopy mood from mushrooms are enhanced by the sharpness and clarity of LSD. But combining the two substances successfully is another topic, worth a separate examination. For now, the big question remains:

WHICH PSYCHEDELIC SHOULD YOU TRY?

Many say LSD is easier to manage in the beginning. It often lends itself to a more positive experience, and many find the clarity and outgoing energy more enjoyable.

Psilocybin mushrooms, on the other hand, may be preferable for those looking for an intense, grounded, and visually stimulating experience. In multiple ways, it is more “earthy” and grounded, and can bring you far away from your “self.” It can be overwhelming, which isn’t necessarily a bad thing.

Because of the variable and intimidating nature of psychedelics, it is always best to make your first experience a positive one.

If you are looking to try either LSD or psilocybin mushrooms for the first time, be prepared, do your research, and dive in.

Effects of LSD vs Cannabis

Cannabis is not often considered a psychedelic, primarily because THC, the psychoactive compound in cannabis, doesn’t target the brain’s serotonergic system like LSD and psilocybin. Instead, THC interacts with the brain’s cannabinoid receptors (maily receptor subtypes 1 and 2).

That said, there are some similarities between the more classic psychedelics and cannabis, along with key differences, of course.

The onset of effects differs between LSD and cannabis, depending on route of ingestion. When smoked, the effects of cannabis can typically be felt within just a few minutes. Edibles, on the other hand, typically take 30-60 minutes to kick in. With LSD, onset of the first felt effects can be anywhere from 20-90 minutes after ingestion.

A major difference between LSD and cannabis is the duration of the experience. An LSD trip can last up to 12 hours or more, depending on dose. A typical cannabis high lasts 2-4 hours, though residual effects can be felt for several hours after that as well.

Both LSD and cannabis produce a heightened sensory experience, though it’s typically more pronounced with LSD. Users of both often report an increased appreciation for music and increased tactile sensitivity. While it’s not uncommon to have open-eye visualizations when taking LSD, cannabis typically produces more subtle visual effects like enhanced color or mild closed-eye visualizations.

In general, hallucinations are more common and more pronounced with LSD compared to cannabis, especially visual and auditory ones. Synesthesia—a “blending” of senses, like being able to “hear” color or “taste” sounds—is fairly common with LSD, less so for cannabis. But very high doses of cannabis can produce more developed hallucinogenic effects, too.

Both LSD and cannabis tend to increase heart rate and both often lead to dry mouth.

LSD often suppresses appetite while cannabis increases it (i.e., gives you the “munchies”).

LSD also tends to have some less common but more variable physical effects than cannabis as well, including elevated body temperature and blood sugar, goosebumps, jaw clenching, and hyperreflexia.

LSD and cannabis both commonly produce changes in consciousness that can include increased euphoria, lost track of time, and a general loss of focus. Both can lead to increases in associative and creative thinking in some situations. LSD trips often produce ego dissolution (i.e., a loss of a sense of self), a sense of connectedness with the world and other life forms, and life-changing spiritual experiences, experiences that are not completely unheard of with cannabis, but not as common.

LSD vs Plant Medicine in General

Typically eaten or made into a tea

8 to 12 hours depending on dose

6–8 hours depending on dose

2 to 8 hours depending on dose

Change in heart rate (up or down), change in blood pressure (up or down), nausea, increased tendon reflexes, tremors, dilated pupils, restlessness or arousal, and trouble with coordinated movement.

Increased heart rate, paranoia, dry mouth, bloodshot eyes, and nausea which tends to fade after the initial onset and may be replaced by an insatiable appetite—famously known as the “munchies.”

Positive:
Increased intensity of emotional experiences, increased introspection, transitory psychological states of wakefulness and sleep (similar to dreaming), perceptual changes, synesthesia, emotional shifts, distorted sense of time, vivid colors visualizations, tracers, distorted vision, a sense of the world “breathing” around you, increased sense of openness to thoughts and feelings, increased sense of wonder and delight with the world around you, the people in your life, and your own mind.
Possible Negative Effects:
Dysphoric hallucinations, uncontrollable paranoia, and reckless behaviors

LSD was developed in a laboratory in 1938. It’s psychedelic properties were accidentally discovered five years later, making it the first synthetic psychedelic to ever be discovered. One of the defining physical features of LSD is that it targets the brain’s serotonin system in a highly specific way.

Plant medicines tend to be less specific. For example, while psilocybin is the main psychoactive compound in psychedelic mushrooms, they also contain a number of other alkaloids (such as psilocin, baeocystin, nor baeocystin, and others) that also have psychedelic properties. It’s not clear just yet on how these different alkaloids interact and whether or not they produce a wholly different psychedelic experience from each other.

There’s some debate in the psychedelic community as to whether or not synthetic psychedelics like LSD are less “pure” than plant medicines, both in their origins and in the experiences they produce.

Current research on the therapeutic effects of psilocybin, for instance, is mainly focused on using synthetically-derived psilocybin taken in pill form. This helps in obtaining cleaner results in these studies, as researchers control the exact dose and exact content of the medicines they’re giving to patients. On the other hand, some people argue that it disconnects the patient from the age-old practices and traditions of psychedelic mushrooms rooted in more “natural” settings.

Another example: there’s evidence to suggest that both LSD and ayahuasca can be used to treat alcoholism and other addictions. Each produces a unique experience for the addict, but if they’re both shown to treat addiction with similar effectiveness, which is better? And is that even the right question?

With time and further research, the market will undoubtedly attempt to answer this question. It’s likely that we’ll see a divide between traditionalists who prefer plant medicines and progressives who see the utility in using synthetic compounds, similar to what we see today in traditional medicine vs modern biomedicine.

LSD LSD for Bipolar Disorder: Is LSD the Answer?
Here, we go through what we know right now and why working with psychedelics may not be the right therapy if you have Bipolar Disorder.
Third Wave · June 9th, 2021

LSD How to Find LSD: Where Do People Get LSD?
Here we go into the risks, legalities, and best practices around sourcing LSD, and provide information on alternative options.
Third Wave · May 28th, 2021

LSD LSD Drug Tests: Everything You Need To Know
Does LSD show up on a drug test? How long does it take for LSD to leave your system? Can I test myself for LSD? Good news, we’ve got answers...
Third Wave · May 28th, 2021
Load more posts