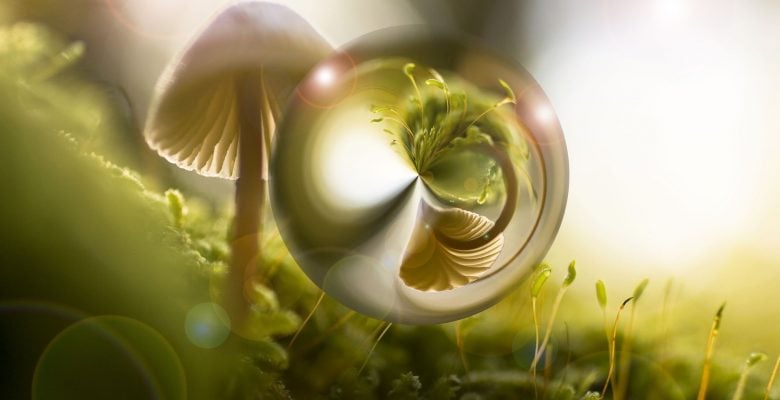 Even though they are made of the same stuff, there are certain distinctions between them. Some of the more common questions about these differences include:

Psilocybin mushrooms (AKA magic mushrooms, or shrooms) are some of the best-known and most studied psychedelics, with research beginning in the early ‘60s. It’s believed that they were used by prehistoric people for ritualistic purposes and hypothesized that they might be responsible for the emergence of consciousness itself.

Psilocybin truffles (AKA magic truffles) are a more modern variety that hit the mainstream market after the big 2008 crackdown on Psilocybin mushrooms by the Dutch government. Truffles somehow remained legal, and, to this day, are happily sold in specialized shops in Amsterdam. The city has forever been a stoner sanctuary, but Truffles, as a very accessible psychedelic, heralded a mass tourist interest in consciousness exploration… Or just tripping out.

Truffles can also be bought online if you live in Europe – from sites like Truffle Magic, our approved Truffle suppliers.

Psilocybin Mushrooms and Psilocybin Truffles affect consciousness in similar ways. Symptoms often include perceptual – most notably visual – changes, feelings of unity or oneness with all, deep insight into the nature of life, and ego-dissolution.

Before we get to the differences, let’s look at the basic facts of each one.

Interested in the health benefits of non-psychoactive mushrooms? Check out Four Sigmatic for mushrooms supplements and beverages.

DIFFERENCES BETWEEN TRUFFLES AND MUSHROOMS

Although they both contain the same active ingredients, there are some differences between psilocybin truffles and psilocybin mushrooms:

Since they have identical active psychedelic compounds, mushrooms and truffles are regarded the same by most of the world – as illegal drugs. The Netherlands is the only country that makes a distinction, and is one of the few European countries where possession of limited quantities of psilocybin is legal or decriminalized. In the rest of the world, seeing as they’re both illegal, psychonauts usually opt for mushrooms, which are more common and considered to provide a more immersive journey.

The main difference between the two, and the most likely reason the Dutch government didn’t outlaw them both, is potency. While it’s difficult to say with scientific precision, especially since there are so many different kinds of both truffles and mushrooms, anecdotal reports on Truffle trips usually describe milder experiences, with less pronounced hallucinations and a more preserved ability to function in terms of motion and sociability. The senses are not that overloaded and users seem to not experience problems consuming truffles in the stimulating environment of downtown Amsterdam.

However, it has to be said here that, chemically, these two are identical. Even if there is a difference in the concentration of the active compounds, there is no apparent reason for a high enough dose of truffles not to induce a same strength experience as mushrooms. It just might be that truffle consumption is more standardized – coming in packs of a set quantity, with the potency clearly labeled and an instructional booklet attached (to accompany the usual advising words of the friendly vendor) makes truffles a less likely candidate for dose overestimation.

Nature of the trip

Truffle trips are usually referred to as “fun,” whereas mushroom experiences are often described as “deep, introspective journeys.” While in theory there shouldn’t be qualitative differences in the nature of the experience, the more lightweight effects of truffles seem to provide a more carefree bout.

The perceptual distortions, although present to a degree, don’t make the world seem like such a different place. The expanded field of view is there, but maybe everything isn’t moving around as much and maybe it seems more funny than awe-inspiring on truffles as compared to mushrooms. Likewise, even though the most comfortable position will probably be the horizontal or perpendicular one, maybe you won’t have an issue with walking around the lake and marveling at pebbles of suddenly magical texture and trees that seem like they’re alive. 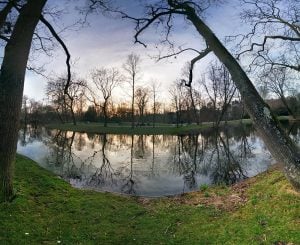 As for the spiritual aspect, typically truffles are not as profoundly paradigm-shifting as mushrooms, based on myriad trip reports. The visions tend to not be so elaborate, the insights more superficial. But, again, all of this will surely depend on the dose, the intention, and the setting you choose for your experience. Truffles have the chemical potential to give the same ride that mushrooms are known, and revered for.

The plus side of the generally more curbed experiences, though, is that difficult trips are less likely. However, even though the frequency of truffle emergency call-outs as compared to mushroom-related ones seems to have markedly dropped in Amsterdam since the ban, truffle trials are not completely void of incidents. Even though they aren’t common, bad trips can be tricky to get out of, as the sense of self can be dissolved. Good intentions can be very helpful in these instances.

As with any psychedelic, it is advised to get fully informed before trying it and to use good judgment in preparing for the trip. Doing mushrooms and truffles with trustworthy people, in beautiful nature, with comfortable, trippy music and kind, humble curiosity is likely to result in a joyous journey. Doing them just to get high, with whomever, in a questionable state of mind, in a noisy and uninspiring environment can, logically, lead to panic and distress, which don’t mix well with psychedelics.

So, whichever one you choose, make sure you know what you’re in for and to allow the experience to treat you well.

Interested in microdosing?
Our online Microdosing Course will help you structure a protocol tailored to your needs.

Interested in trying psilocybin truffles in a guided environment?
Our Synthesis Retreat in Amsterdam offers you a safe and structured environment in which you can make the most of the psychedelic experience. Sign up now!

Mainstream Society What You’ve Always Wanted to Know About Psilocybin (But Were Afraid to Ask)
Psilocybin mushrooms are nutrient-rich, therapeutic, and can potentially create new neural pathways in the brain.
Elena Schmidt · October 22nd, 2020

Psilocybin How to Incorporate Psilocybin Into Your Everyday Life
Psilocybin therapy is growing. Understanding psilocybin can be a great place to start the therapeutic benefits psychedelics have to offer.
Bre Jenkins · September 8th, 2020

Mushrooms How To Grow Your Own Mushrooms
We’ve put together an easy “how-to” on how to build your own personal fungi kingdom, right from your apartment.
Bre Jenkins · August 4th, 2020
Load more posts