Dr. Ben Sessa on MDMA, Healing Trauma, and the Future of Psychiatry

Dr. Ben Sessa, consultant psychiatrist and author of “The Psychedelic Renaissance”, sits down with host Paul F. Austin to discuss his recent MDMA trials for alcoholism, how Ben became the first person to legally take psychedelics in the UK since the 60s, and why MDMA is so good at healing core attachment-based trauma.

If you’re interested in why MDMA will be a key tool in the future of psychiatry, then join us for a deep dive into the story of one of the world’s foremost MDMA healers.

In the last ten years, Ben has been a study doctor and a test subject administering and receiving legal doses of pure LSD, psilocybin, MDMA, DMT, and Ketamine. He is currently conducting, in Bristol, the world’s first clinical study using MDMA-assisted psychotherapy to treat alcohol addiction.

Ben authors peer-reviewed articles in the mainstream medical press and has published several textbooks on psychedelic medicine. An outspoken critic of the current system by which drugs are prohibited, he believes a more progressive policy of regulation would reduce the harms of drug use, increase access to services and provide more opportunities for psychedelic research.

He is also a co-founder of Breaking Convention. 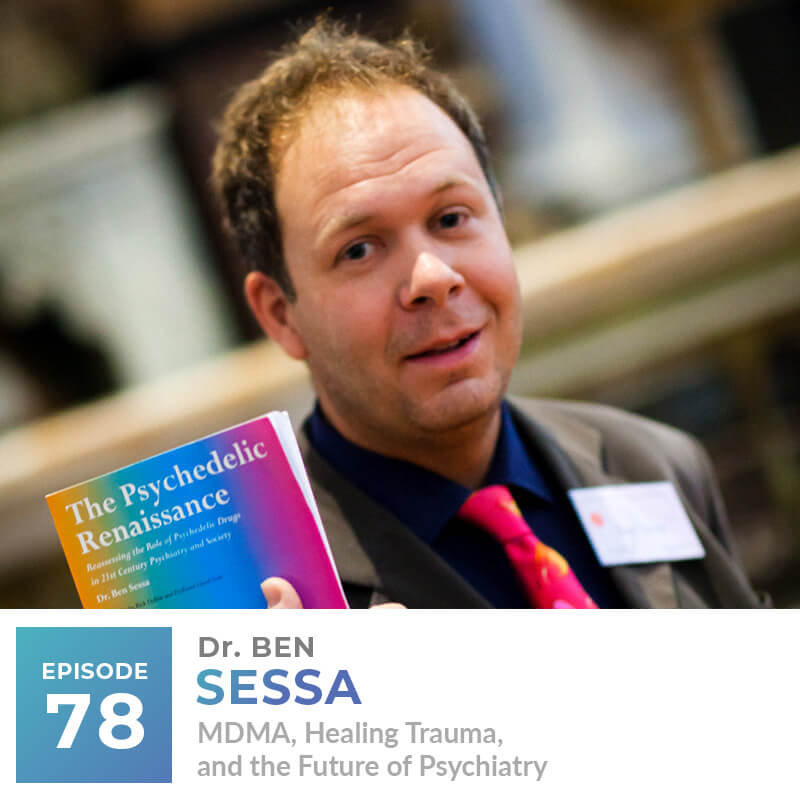