Is Microdosing a Placebo? Here’s what our Head of Research Says

Summary: I respond here to criticisms about microdosing psychedelics, which assert that the benefits are mostly placebo. I argue that mindfulness is a crucial part of psychedelic therapy, for both low and high doses. After reviewing the raw data from a recent study claiming that microdosing was largely placebo, I found that microdosing enhanced the placebo effect. Because placebo is a form of mindfulness (positive reframing), the results of the control and treatment groups are not exactly the same, which shows that the placebo and microdose together have some kind of meaningful effect. These results correspond to a wider body of scientific literature that demonstrates how what we might dismissively call “placebo” is actually an important part of mental health. — Greg Ferenstein, Third Wave’s Director of Research

Earlier this year, an experimental study sparked headlines about how the anecdotal benefits of low-dose psychedelics were mostly a delusion. “The uplift reported by microdosers might be nothing more than the placebo effect,” wrote The Guardian, in a review of a recent study by the Imperial College of London that explored the impact of “micro” doses of psilocybin and LSD.

But the interpretation of the study by mainstream media was curious, as the study did not involve any of the mindfulness practices generally employed in modern psychedelic research. Millions of people consume high-dose psychedelics with friends, but, often, purely recreational settings do little to improve people’s mental health. That’s why the vast majority of psychedelic studies involve some kind of mindfulness practice—professional talk therapy, meditation, somatic introspection—and view these practices as critical to the therapeutic outcomes.

It’s also why, at Third Wave, we teach a systematic approach to microdosing psychedelics that emphasizes intention setting and mindfulness.

To explore this connection, this post takes a deep-dive into the raw data of the microdosing study and explains how it may, in fact, confirm the importance of mindfulness for both low and high dose psychedelics.

Reinterpreting the Study of Microdosing and the Placebo Effect

The study, which was conducted by some of the world’s most respected scientists in the field, sought to prove or disprove anecdotal reports about the benefits of microdosing. The UK-based research team solicited 191 participants, making it, as yet, the largest placebo-controlled trial on microdosing psychedelics. Participants were given online instructions to “self-blind”, meaning, they were told how to incorporate placebo controls into their normal microdosing protocol. Essentially, the participants prepared their drug of choice (acid or shrooms) in an opaque capsule identifiable to the research team by a QR code. The participants also had identical capsules that did not contain any psychedelic drug.

Thanks to this protocol, over the course of the four-week study, the participants didn’t know if they were microdosing with LSD/psilocybin or an inert pill (placebo). This information, however, was available to the researchers via the QR code.

Interestingly, over the four-week period, the participants in both the treatment and control groups showed significant improvements in many psychological outcomes. Notably, the researchers had participants guess whether they had, in fact, gotten the placebo or the active dose (the “treatment” condition). The correlation between what a participant thought they had consumed and the reported psychological benefits was much stronger than if they actually got the psychedelic or not. Many users who got a placebo, but wrongly guessed they received a psychedelic, reported higher benefits.

One interpretation of this finding is that placebo is responsible for most of the reported effects. And, for many participants, this may, in fact, be true. As part of my job at Third Wave, I talk to quite a few people who attempted microdosing prior to obtaining personalized advice from one of our coaches.

I flat out ask participants if they think the benefits of improved mood or enhanced creativity on microdosing days (prior to help from Third Wave) was because of LSD or psilocybin. Quite often, their answer is ‘I don’t know’. And, just like the study, even the ambiguous benefits are quite small.

Indeed, that’s why they came to our site—because they had trouble getting the significant impacts they had read about on their own.

So, just like the millions of people who take high-dose psychedelics with friends, I think the study confirms that professionally-guided mindfulness is a critical factor in psychedelic self-improvement.

More importantly, the team of researchers, led by Balázs Szigeti of Imperial College London, generously made their data available to the public.

(Likewise, I’m sharing my analysis in an open Google Colab notebook. For readers familiar with statistics and eager to play around with the data, I encourage you to take a look. My analysis is just a cursory review and I’d welcome critiques from professional data scientists).

Is there anything in the dataset that could confirm whether mindfulness mattered to study participants?

To explore the matter further, I asked Third Wave’s extensive network of psychedelic coaches about their experience with the placebo effect. Chess Edwards, a recent graduate of Third Wave’s Coaching Certification Course, a 12-week intensive training program for experienced leadership and life coaches, had a fascinating explanation that acknowledged a complementary relationship between the placebo effect and an inherently beneficial quality to psychedelics.

Edwards described one of his client’s positive experiences with microdosing magic mushrooms, which allowed them to manage anxiety. Like many clients, this individual had tried other approaches, with no success, before turning to microdosing with psilocybin. In reflecting on his client’s experience, Edwards explained, “I think there’s an important alignment between the client’s positive belief—their hope—combined with the actual positive effects of the psilocybin.”* Ultimately, this combination had a powerful result. The client noted that on microdosing weeks they “weren’t experiencing as much anxiety around the things they were working on.”

That is, placebo is a form of mindfulness.

Statistically, the way researchers investigate this is by looking at whether there is an “interaction” between the drug and the guess condition. A participant who actually received the active treatment and guessed they got a psychedelic should report the highest values of all of the possible combinations (other combinations would include: guessed psychedelic but got placebo, guessed placebo but got psychedelic, etc).

This data can be seen in the graph below, where the left plane represents guessing a microdose (“MD”) and the right plane corresponds to guessing a placebo (“PL”). The second plot on the right shows the main interpretation of the research team. But my alternative point is visible in the left pane. Note how the leftmost point, the highest value, corresponds to participants who correctly guessed that they consumed an active microdose. Here’s the bottom line: if there was no interaction between drug and expectation, then the two dots in the left pane should have the same value. 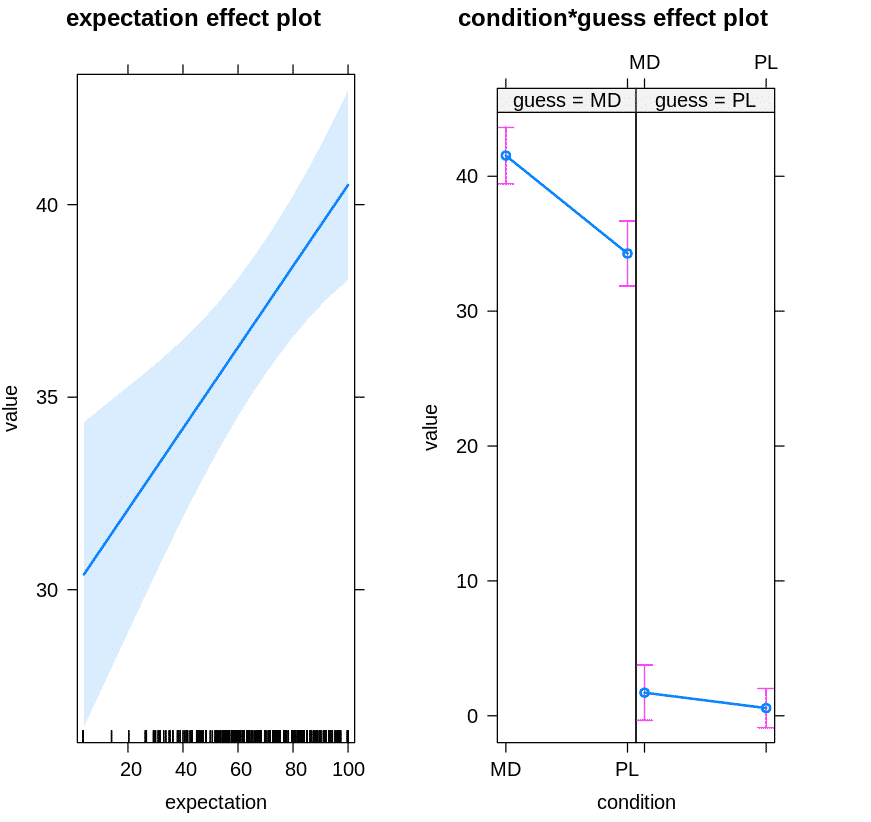 Another potential way of investigating mindfulness is from participants who are likely to be practicing some kind of therapy for a specific mental health goal.

Ayelet Waldman’s popular book A Really Good Day offers a compelling account of one woman’s experience microdosing LSD to alleviate her drastic mood swings. Microdosing not only had a positive effect on her mood, but it also improved her marriage and life as a whole.

Folks experiencing extreme depression are likely to be seeking solutions. The data seems to confirm Waldman’s experience (though the sample size of extremely depressed users is very small). 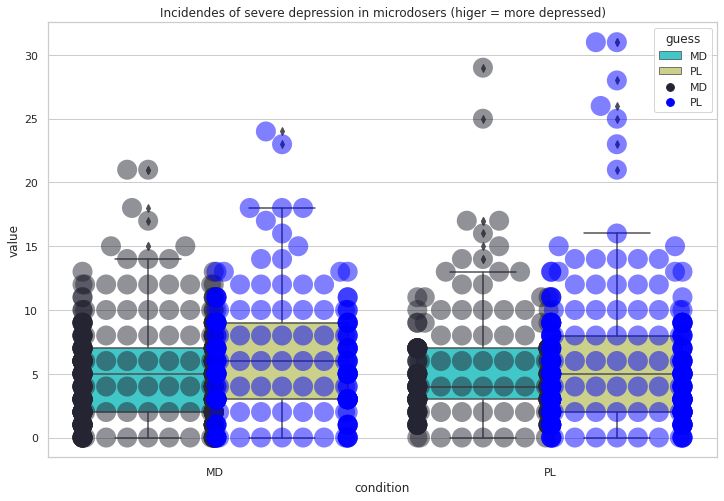 Remarkably, severe depression appeared less often in microdosing participants, even when the participant didn’t believe they were receiving an active microdose.

At Third Wave, I run into the same story again and again: microdosing psychedelics helps people achieve self-improvement goals they haven’t been able to attain for years. They tell me, at last, by consuming regular low doses of psilocybin or LSD, they have quit cigarettes, lost weight, moderated caffeine, or quieted negative self-talk. Oftentimes, individuals come to psychedelics as a last-ditch effort when every other strategy has failed them, whether it’s yoga, meditation, therapy, or antidepressant drugs. These folks are motivated.

Mental state is known to impact how the body responds to medicine.

For instance, in research on COVID-19, scientists have observed that stress can impact the efficacy of vaccines, as determined by the quality of antibodies detected in subsequent diagnostics. As one recent research team concluded, “Work from our lab and many others has identified psychological and behavioral factors as key determinants of the immune system’s response to many different types of vaccines.”

As of yet, however, there is no precise way to directly observe how mental state impacts the uptake of a drug. One study attempted to test whether there were different markers of a drug in the body based on the placebo effect, but was unable to find objective measures.

Either way, there is a robust debate within academic psychiatry about the role of placebo. The placebo is no longer viewed as a simple way to just deceive study participants. Now, placebo is often done “open-label”, which means that participants are made aware of the fact that they are in the control group. Some scholars even suggest that placebo-like effects should be embraced as a potential tool for therapy.

Psychedelic Microdosing: What We Know

So, where does that leave us?

Experimental studies have proven that low doses of psychedelics do impact psychological states. But, how these changes end up benefiting people’s lives (their jobs, relationships, health habits) is still an open question, which I am exploring through case studies and small-sample studies at The Third Wave Lab.

At Third Wave, we hear stories like this all the time. Microdosing has helped a vast number of people who had run out of options. If you’re struggling to create positive change in your life, and you want to give microdosing a try, Third Wave’s Microdosing Course has all the resources to help you run your own self-experiment. At the end of the day, it doesn’t matter why something is working if it is working for you. 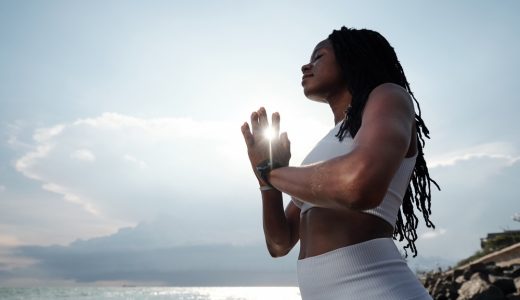 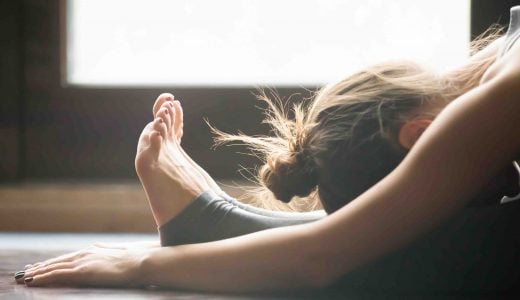