What is a spiritual emergence?

An increasingly common phenomenon, a spiritual awakening (emergence) is a natural opening that many people experience as a result of systematic spiritual practice, through unexpected peak experiences, an established faith tradition, or as a result of coming to terms with the difficulties of life[1].

Breaking down to breakthrough

The term ‘spiritual emergence’ was first coined by psychiatrist Stanislav Grof, because such experiences often presented a chance to ‘emerge’ with a higher level of spiritual and psychological awareness – if correctly supported, instead of being suppressed. The situation may become an ‘emergency’ when the individual feels unprepared, making it overwhelming, confusing and chaotic[2].

One of the most important implications of the research of holotropic states is the realization that many of the conditions, which are currently diagnosed as psychotic and indiscriminately treated by suppressive medication, are actually difficult states of a radical personality transformation and of spiritual opening. If they are correctly understood and supported, these psychospiritual crises can result in emotional and psychosomatic healing, remarkable psychological transformation, and consciousness evolution – Grof and Grof: The Stormy Search for The Self

Listen to our podcast episode with AnnaLynne McCord and Kerry Rhodes talking about: Breakdown To Breakthrough: Healing The Self With Ayahuasca or Click here to read the transcript

The boundaries between various states of consciousness are not as clear cut as we like to imagine, and naturally follow a sliding spectrum (sleep to wake for example). So there are many types of spiritual emergence, and each person’s experience is different.

However, they tend to follow general themes that fall into a few main classifications of spiritual awakening, including[3]: 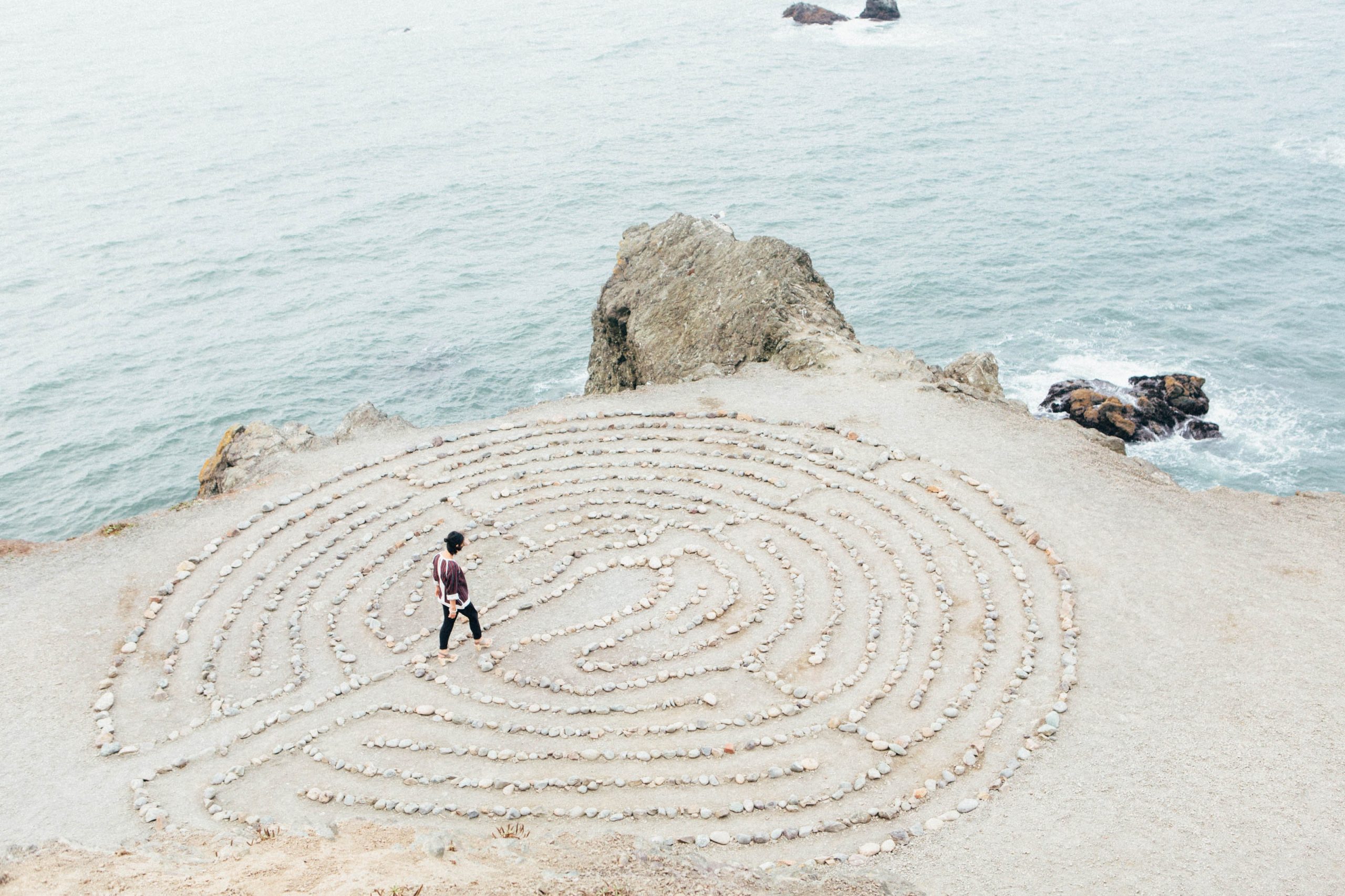 The phenomenological, personal and ineffable

As someone with a relatively secular, scientific background, my first brush with such experiences opened my eyes to whole new ways of perceiving the world. On paper, it had often made theoretical sense – I entertained the notion of chakras or energy channels for example, but what was missing was the ‘evidence’.

It’s often said that – what you seek, you shall find, and I gave my best efforts to the hunt. After a 2-day Ayahuasca ceremony abroad, I threw myself back into London life and felt compelled to slightly aggressively pursue a synergy of breathwork, kundalini, meditation, and other practices.

After a string of synchronicities and chance encounters in the 3 months that followed, I lay in bed exhausted post-kundalini session, and bathed in binaural beats. Gradually, I began to feel as though I was drifting off, while also being lifted up outside of my body, before my eyes snapped open in panic – where would I go? What if I couldn’t get back?

My feet didn’t hit the ground again for at least the next two to three weeks. Aside from bodily sensations of gaping holes opening up in my stomach from which fear came blasting out, energy seemed to be twisting itself into tornadoes both in and around my body. Was this actually happening or was it all just in my head? Struggling to get into the car, I decided to drive home to my parents.

My mother opened the door and a look of shock hit her face. As she hugged me, she screwed up her eyes and seemed to recoil from the pulsations. I found some consolation in the idea that I might not be totally alone in sensing at least some of these effects. But in general, the process was relatively isolating.

Some people describe their awakening experiences as blissful, beautiful and full of warmth and connection. Other times the process is at the other end of the spectrum, and being unexpectedly dragged into a dark night of the soul can make you feel as though you must be or have done something ‘wrong’. This can be perpetuated by repeated attempts to rationalize what is going on, by both yourself and others.

The experience demonstrated for me, amongst other things, both the power and limitations of labels and language in our interpretations of the world, and the stories and identities that we consciously and subconsciously build, individually and collectively. Nowhere is this more evident than within the realms of mental health.

I was reminded of the importance of insight. Throughout the whole experience, I knew that what was happening was not considered ‘normal’, and that I may be the only one experiencing certain elements of it. But I still didn’t know if or when it was going to stop. Neither could I stop being so taken in by the often well-meaning, but fearful voices around me as I relentlessly searched for answers, wanting something or someone to show me the way out.

As I sat in bed contemplating phoning the emergency services, even if it meant getting pills just to make it halt, something in me remembered a solitary retreat I had bookmarked online a couple of weeks prior. One phone call to the owner, a local healer/warlock in a remote part of Spain, and my flights were booked.

The moment I stepped off the plane, I felt the energy subside. Spending a week in the warmth of the countryside, away from technology and the incessant thrum of the city, I reset and re-grounded. I still struggled to find my appetite, or to sleep through the night without episodes of panic for some time afterwards, but I felt safer away from the world and could find room enough to breathe, until I felt ready to return and reflect.

A key part of integrating such experiences is connection and community. This can be difficult in a society that still views such encounters: ‘altered-states’ of consciousness and the spectrum of human experience, mental health, illness, and some of the emotions and encounters that define us, as relatively taboo. I was, however, pleasantly surprised by just how many people I could source that were willing to entertain me, without instantly dismissing me as crazy.

Keen to get a broad array of scientific, shamanic or spiritual, psychological, psychedelic, cultural and historical perspectives, I reached out to whoever I could find both on and offline. Ultimately – no one really had the answers. Although I was sent some interesting research papers by figures such as Dr. David Luke.

It can be difficult to submit, let go and stop searching outside of yourself, but when you are eventually met with no other choice, you are forced to embrace the mystical mystery of a feminine force like Ayahuasca. And although they could not provide answers, I began to realise that simply being heard, even by willing strangers, was in itself therapeutic.

Having the phenomenon validated in some way, and knowing that others had been through similar journeys themselves, offered a sense of connection across the distance that was healing. The Maudsley Integration group in London were great for this, as were the Spiritual Crisis Network, and London Psychedelic Society.

My only caution would be to avoid expensive ‘treatments’ or promises that seem too good to be true. Trust your intuition, know that it shall pass, spend time in nature, find positive and supportive people that are willing to ask guiding questions without passing judgement, and develop a good meditation practice that helps you to centre in the eye of the storm.

Curious about supporting your mental health through psychedelics? Check out Third Wave’s vetted directory of psychedelic therapists who can hold space for your journey.

Our approach to mental health in the West has come under criticism for being ‘stuck in the dark ages’. Often lacking in a holistic bio-psycho-social approach that includes a spiritual dimension, the focus is on one dimensional organic causes, even when they often cannot be found.

The result is that many in-patients are found to have high rates of relapse, suicide and maltreatment worldwide. Those that are ‘successfully’ treated may still struggle with the chronic side effects of heavy medication, and wake up to a binary and disconnected world in which they are isolated from friends and family who no longer visit, and feel they can no longer relate.

Psychedelics, and the personal and scientific insights they provide into consciousness and the importance of a supportive and integrative container, along with their psycho-spiritual and historical context, could lead us into a new paradigm of mental healthcare. Such experiences have the potential to loosen up our usual filters and judgments, and open our hearts to deeper and more authentic ways of relating to both ourselves and others.

It is becoming increasingly evident that it is one element to be clinically cured, and another to be holistically healed.

“The narrative in which rationalist Hippocrates deposes the quack god Asclepius is long overdue for replacement. As a figure who stands for eros, and for inarticulate bodily presence, Asclepius offers an approach to health and illness that complements advances in molecular knowledge and genomic discourse. A new and healing philosophy of medical knowledge might well worship, as Nietzche expressly advises in the final words of The Birth of Tragedy, in both temples.”[4]

If you want to find out more about the topic check out our podcast interview with Nisha Khanna where we talk about Disconnection as Disease: Ayurveda and the Return to Balance or Click here to read the transcript 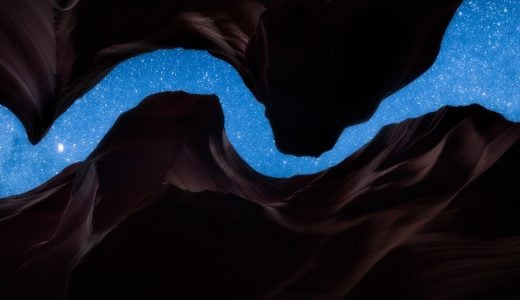 Harm Reduction LSD Side-Effects: Risks To Be Aware of When Consuming LSD
A comprehensive introduction to the neurological, perceptual, & psychological effects of LSD. We explore the true risks of LSD & how to mitigate them.
April 21st, 2021 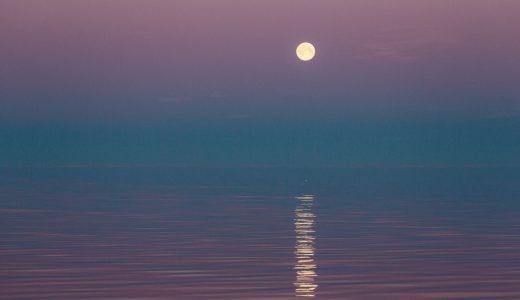 Harm Reduction Responsible Psychedelic Use: 6 Things to Consider
Preparing yourself for a safe and intentional psychedelic experience takes some introspection and planning. We’re here to help.
March 26th, 2021 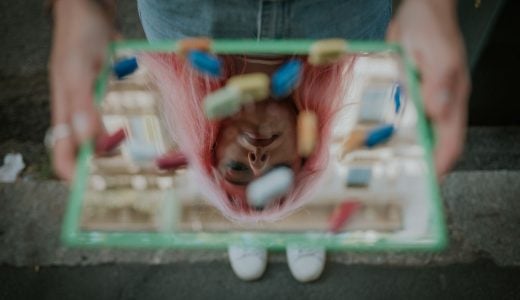 Harm Reduction Responsible Substance Use: There is No Magic Bullet
We discuss potential pitfalls for the unwary from using various medicines, from ketamine and kambo to the classic psychedelics.
March 9th, 2021
Load more posts