Kraken Kratom — a legal, clean plant medicine for microdosers and everyone else

This article has been sponsored by Kraken Kratom, an official partner of Third Wave.

How kratom can be helpful

No medicine is without side effects

Use a quality source of kratom

A deal for the Third Wave community

Wherever nature flourishes, great medicines flow. Ayahuasca is an Amazonian vine and shrub; psilocybin mushrooms thrive in Mexico’s dense forests and the US Pacific Northwest.

The peninsulas of Thailand and Malaysia are rich, verdant jungles so healthy you can practically feed yourself by walking through them, picking fruits off trees. The people who live in those jungles are incredibly clever and hard working. To get through a hard day, some chew the broad green leaves of the 80-foot tall mitragyna speciosa tree also known as kratom. They believe kratom has positive effects on mood, energy, digestion, headaches, and libido.

Kratom is pronounced differently by different people, and there’s no “right” way to say it. In Southeast Asia, it’s kru-TOM or keh-TUM. Long-time Western kratom users usually say KRAT-um (rhymes with atom). But these days, the most popular pronunciation is KRAY-tum (rhymes with Channing Tatum).

Thais and Malays mostly use kratom as a microdose—a mild stimulant, painkiller, and mood booster. When you chew kratom leaves, it generally won’t affect you more than a cup of coffee, a cigarette, or a single beer. It’s similar to Andeans chewing coca leaves; a mild upper.

Westerners have never worked so hard as we do today. There’s job stress, job losses, social pressure, phone notifications, “likes” “likes” and more “likes” (but actually more disconnection)—not to mention the fact that we’re in the midst of a global pandemic. So? We reach for medicines to get us through, sometimes turning to alcohol, opioids, and Adderall, which are not always healthy, especially when overused.

Today, more Westerners than ever are coming to believe that Thais and Malays know something we don’t about nature’s old wisdom, and reach for kratom. There are likely more than 15 million people who take kratom in America, and kratom is at least a billion-dollar industry. Unless you’re in one of the six states where kratom is outlawed, kratom is freely available online. And, given its rapidly-rising popularity, there are physical kratom stores dotting the cities and suburbs.

How kratom can be helpful

Kratom is an unusual substance, claimed to be both an energizer and a sleep-enhancer, depending on the dose. In pinches, it’s euphoric. But in large doses, kratom is a sedative. Overall, many folks say kratom helps depression and anxiety and increases attention and clarity. A Johns Hopkins study found kratom helped with pain relief in 91% of people, and alleviated anxiety and depression in about two-thirds of people.

Kratom’s active ingredients, mitragynine and 7-hydroxymitragynine, bind to the brain’s opioid receptors. Kratom is sometimes described as opioid-ish. Although it feels different from opioids, it is often used as a substitute for drugs like benzodiazepines. It’s also considered beneficial in curbing cravings for alcohol, since it targets the same opioid receptors involved in alcohol use disorder. Kratom is typically very effective for weaning off opioids, since it’s substantially less addictive than prescription drugs. Also, it won’t show up on a drug test, so some military members and people on probation may use kratom to control pain without risking their jobs or freedom.

No medicine is without side effects

Used in moderation, kratom is a safe substance, as we’ve reported.

Yet, a small portion of people get addicted to kratom. In a John Hopkins Medicine survey of over 2,700 people who take kratom, less than 3% of study participants fulfilled the diagnostic criteria for moderate to severe substance use disorder for kratom. In contrast, between 8% and 12% of opioid users end up qualifying for substance use disorder. Still, a 3% addiction rate is not negligible.

Some research finds evidence that kratom impacts memory. There are a few cases where long-term, heavy use of kratom was associated with paranoid delusions, hallucinations, and confusion. The FDA reported 91 deaths due to kratom between July 2016 and December 2017. However, in 84 of those 91 deaths, other drugs were found in the person’s system. And even in the seven where kratom was apparently the only drug used, the government reported “the presence of additional substances cannot be ruled out.” Scientific studies suggest it’s probably impossible to die using kratom by itself. (By comparison, 47,000 people died of opioid-related overdoses in the United States in 2017.) 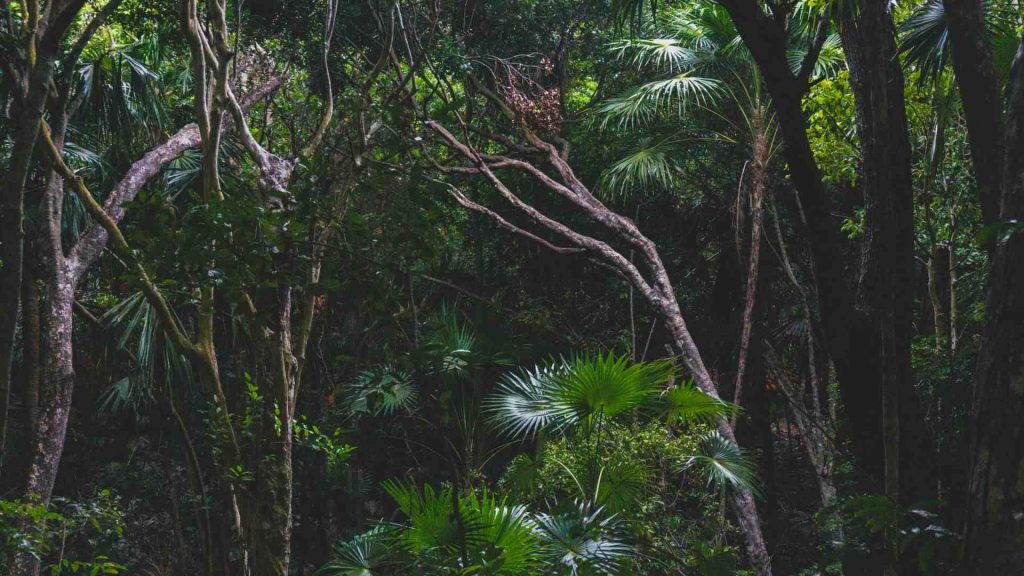 If you’re using kratom, here’s some advice to potentially mitigate the risks:

Use a quality source of kratom

If you’re going to take kratom, we highly suggest you seek a trusted, reputable vendor, because not all kratom is equal. Since kratom is not regulated by the government, some kratom products tested by the FDA are tainted with heavy metals like lead or nickel that “exceed safe exposure levels”. Other kratom products have deliberate additives like stimulants.

Kraken Kratom, based in Oregon, is a solid source for high-quality, natural products, and one of the most reputable and best-known kratom vendors in the world. Kraken offers a wide variety of some of the best known kratom strains, like white vein, Bali, Borneo, Red Dragon, and Super Green. Kraken’s kratom is super potent as well. Their tinctures are powerful extracts—just a few drops of Kraken Kratom’s liquid OG mixed in with a smoothie can provide an uplift to your workday or workout. 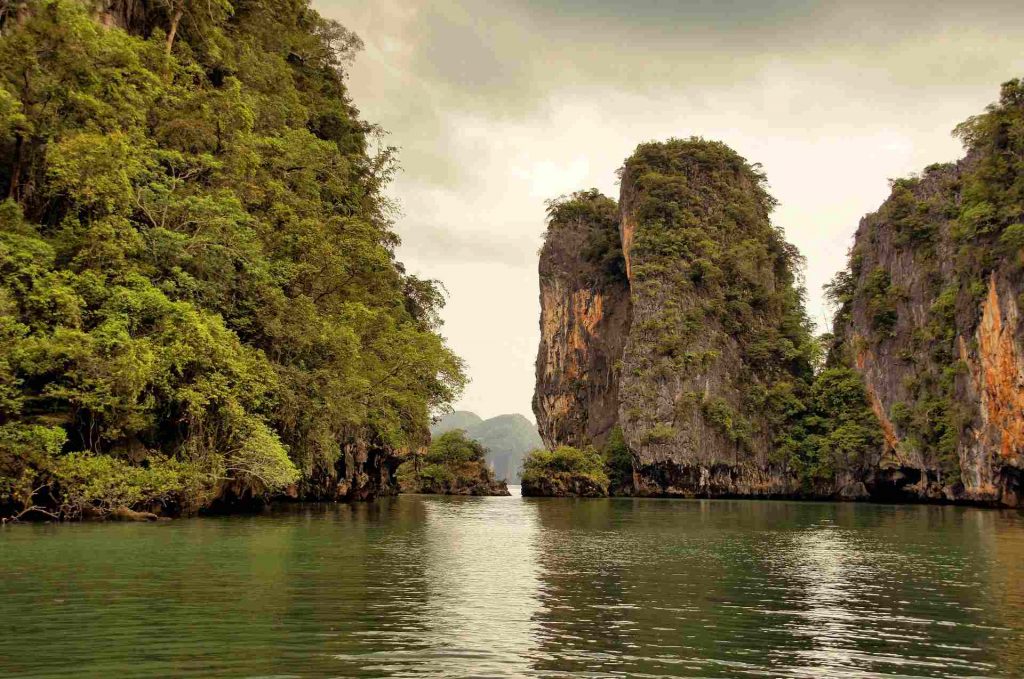 Third Wave has partnered with Kraken Kratom. We recommend Kraken Kratom because of their high standards for purity and responsibility. Kraken uses Good Manufacturing Practices (GMP) certified by the American Kratom Association. That way you know you’re eating leaves of a plant, not additives or metals.

Kraken Kratom emphasizes environmental stewardship, using suppliers who harvest from the top of the tree to protect new growth down below, avoid pesticides, and protect the forest canopy, since kratom grows best in the shade.

“Anyone can say they’re committed to consumer safety, but we’ve proven again and again the lengths we’re willing to go to in order to provide the very best, most thoroughly tested products on the market,” says Kraken founder and CEO Jeff Stratton.

We also appreciate Kraken’s commitment to ethics and consistency. Many sellers offer different types of leaves, harvested at different times with different active ingredient contents, but sell them as the same product, leading to inconsistent experiences. Just like it’s important to know your dose when you’re microdosing, so is it with any plant-based substance. Kraken offers a guide with suggested doses, and their products are very consistent. Kraken tests their batches to make sure they have roughly the same content of mitragynine and 7-hydroxymitragynine. This way, you can know what to expect every time and calibrate your dose appropriately.

A deal for the Third Wave community

Because we like Kraken’s commitment to quality, we’ve worked out a deal for Third Wave community members. For a limited time, you can get a 20% discount on the entire store. Just go to KrakenKratom.com and use the code THIRDWAVE at checkout to get the 20% discount plus free shipping on your purchase.

With Kraken Kratom, you’re getting closer to what people in Thailand and Malaysia have—access to leaves straight from the tree. If you use kratom in microdoses—the way locals who know the plant do—you’ll avoid any of the potential pitfalls. So while you might not live in a jungle or be intimately connected to Nature, you might discover in Kraken Kratom a new plant ally to help you along on your journey—wherever you’re headed.

For more information on the myths, risks, benefits, and safe usage of kratom, check out our ultimate guide to kratom. You can also check out the recent report we wrote on the current research on kratom.

Kratom Kratom: The Good, The Bad, and The Ugly
It would be overly simplistic to say that kratom is all good or bad, given the variation in quality and dosage that may lead to either healing or harmful experiences.
February 15th, 2021
Load more posts