Kratom: The Good, The Bad, and The Ugly

This article has been sponsored by Kraken Kratom, an official partner of Third Wave.

Of the many consciousness-altering plants out there, kratom is among the lesser-known, -understood, or -researched. You may have seen kratom products for sale at your local smoke shop, and heard of either its medicinal properties or its potential for abuse. It would be overly simplistic to say that kratom is all good or bad, given the variation in quality and dosage that may lead to either healing or harmful experiences with the plant. So here, we take a look at the basics.

Native to Southeast Asia, kratom is a tropical tree with origins in the coffee family. Known scientifically as Mitragyna speciosa, the tree reaches heights of up to 80 feet tall. Kratom leaves can be harvested, dried, and consumed to induce either stimulatory or sedative effects. Two chemicals found in kratom, mitragynine and 7-hydroxymitragynine, stimulate the same receptor in the brain as the one activated by heroin, making kratom an effective herbal painkiller.

In its indigenous countries of Thailand, Indonesia, Malaysia, Myanmar, and Papua New Guinea, kratom has long been used to manage pain, diarrhea, digestive ailments, coughing, and opiate withdrawal. Recently, kratom has gained popularity in the United States and Europe among individuals seeking to treat chronic pain or withdraw from opiates.

The effects of kratom vary depending on the dosage. When consumed in low quantities, kratom acts as a stimulant, leading to increased energy and euphoria. Farmworkers across Southeast Asia have traditionally chewed kratom leaves to combat fatigue and boost productivity while working. Conversely, high doses of kratom induce sedative effects, such as feelings of stupor and calmness.

In general, kratom’s positive effects include relaxation, pain relief, improved mood, alleviation of depression and anxiety, and increased focus and alertness. Among the unpleasant effects reported by some kratom users are nausea, constipation, itching, and lethargy.

Due to kratom’s opiate-like qualities, it is possible to become physically dependent or addicted to the plant. That being said, the risks of kratom are less significant than the dangers of prescription and illicit opioids. In 2017, the number of opioid overdoses in the United States totaled over 47,000. That same year, the CDC reported 91 deaths due to kratom. Of these kratom-related deaths, 84 also involved a combination of other drugs or pre-existing health conditions.

A primary risk of kratom lies in the lack of regulations regarding the sale of kratom products. In the absence of universally enforced standards, the plant’s purity, packaging, and potency vary widely from one venue to another. Additionally, the shortage of robust research on kratom makes its full scope of benefits and risks unclear. 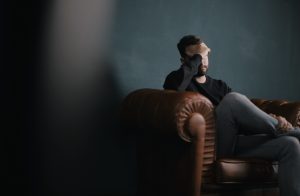 Kratom has shown effectiveness in managing pain from multiple sclerosis, cluster headaches, and arthritis. In the Johns Hopkins Medicine study, the plant reportedly helped with pain management for 91% of individuals, alleviated anxiety for 67%, and relieved symptoms of depression for 65%.

Additionally, 41% of study participants used kratom to treat opioid withdrawal. Within this sub-group of individuals withdrawing from opioids, 35% were able to go over a year without using prescription or illicit opioids, such as heroin.

The efficacy of kratom as a tool to treat withdrawal can be attributed to its active ingredients: 7-hydroxymitragynine, which induces more potent opioid effects than morphine; and mitragynine, which diminishes the length and severity of opioid withdrawal signs. Due to kratom’s unique chemistry, this plant holds potential as a significantly less toxic alternative to opiates.

In addition to mitigating opioid abuse, kratom also shows promise in decreasing harmful alcohol consumption. Research shows that kratom targets the same opioid receptors involved in alcohol use disorder, making it easier to resist cravings. As one anecdotal report explained: “For me, taking kratom boils down to trading one dependency for another, albeit a less harmful one.” Another individual reported, “Kratom makes me feel in control of my body, unlike pain meds or alcohol that get me buzzed or high. I can work while taking kratom.”

For those looking to explore the therapeutic potential of kratom, it is essential to seek out products that have been adequately tested and screened. One place to find thoroughly vetted and high-quality products is Kraken Kratom, an online market for kratom powder, extracts, and capsules. Third Wave followers now get a 20% discount with the code ‘THIRDWAVE’.

For more information on the myths, risks, benefits, and safe usage of kratom, check out this guide. 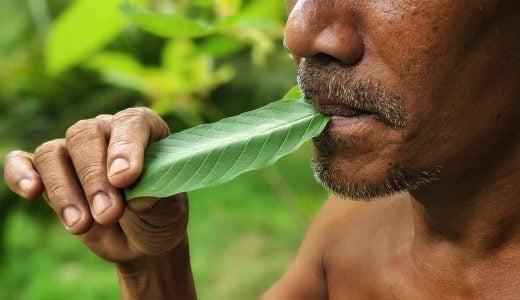 Featured Kraken Kratom — a legal, clean plant medicine for microdosers and everyone else
People who live in the jungles of Thailand and Malaysia believe kratom has positive effects on mood, energy, digestion, headaches, and libido.
Reilly Capps · March 18th, 2021
Load more posts