No one you know could understand the night you just had. Honestly, you don’t even understand—everything is different.

Just what was that? On the surface, perhaps it was a handful of mushrooms, followed by a hike in the forest. Or possibly it was a strip of three little paper squares placed on your tongue in the apartment of a trusted friend.

Perhaps some miscreant loaded you up a strange-looking glass pipe filled with DMT. But a lot can go on beneath the surface.

Maybe it was your first experience—maybe not. Even people who have experience with psychedelics can quickly find themselves out of their depth, searching for perspective, someone to talk with about “the experience that alters all others,” to quote psychologist, Dr. Thomas B. Roberts.

Many people associate psychedelic use with criminality, mental health issues and poor fashion—why would anyone want to seek out a whole community populated with such unsavory types?

Because these are tired stereotypes which do not represent the diversity of people who actually use and gain benefit from psychedelic substances. Luckily, since many people develop a natural desire to share these experiences with psychedelics, you can go ask them yourself.

Yet, Prohibition significantly complicates matters, making it more challenging to “Find the Others” in the words of Dr. Timothy Leary. Despite being pharmacologically safer than many prescription drugs and possessing demonstrable medicinal value in a variety of contexts and modalities, psychedelics remain illegal in most countries.

By definition, this means communities organized around or tolerant of their use (with a few notable exceptions) are taboo-breaking subcultures. Still, these communities exist and are undergoing a resurgence. In some, the consumption of psychedelics is incidental; while, for others, la medicina is the main event.

WHY PSYCHEDELIC COMMUNITY IS IMPORTANT

In 2009 Teatime columnist, Teafaerie argued for the need to “come out” of the psychedelic closet—if you can.

In Neşe Devenot’s recent Psychedelics and Identity Politics article for Psymposia, she digs into queer theory to show that for some, the psychedelic experience is meaningful, profound, and essential to their identity.

Sharing your interest or experiences with psychedelics is important because this openness reduces the stigma of use for others who are in more tenuous circumstances, such as public servants or caregivers.

Beyond the altruistic benefit, as argued by Dr. Devenot, such disclosures may be satisfying because the use of psychedelic substances is a fundamental and definitive part of their identity.

For others, simply having someone to listen to their highly atypical experiences is therapeutic and validating. Besides, as users of a variety of substances have long recognized, the psychedelic experience reliably leaves one with more questions than answers.

Although the lack of research surrounding psychedelics and the states of consciousness they facilitate presents a real barrier to gaining satisfying answers, psychedelic communities provide varying degrees and quality of support, wisdom, and care for the psychedelic novice, patient, or seeker.

Generally speaking, a community helps you have a smoother ride and a more efficient integration of lessons gleaned from your experience.

Not all communities provide the same services to, or expect the same level of commitment from their members, so as in any other social realm, be discerning in finding a community that supports both your journey and your safety.

Here’s a rundown of some easily accessible forms of psychedelic community for the uninitiated:

Music has had a long historical connection with psychedelics and psychedelic movements. The inseparable public connection between hippies of the late 60’s and 70’s and psychedelic drug use is in large part because performances by bands like the Grateful Dead, as documented in Patrick Lundborg’s Psychedelia, were crucial hubs for LSD distribution and nascent psychedelic community.

Artists from diverse genres have embraced a psychedelic vibe, such the alternative metal band Tool, which features the artwork of visionary artist Alex Grey on their album and calls out specific drugs like LSD and DMT in their lyrics and samples. Dig around and you will find that there area a lot of musicians who seem to be inspired by states of mind common to psychedelics.

Attendees of concerts where the band has made explicit their inspiration by psychedelia often take it as a license to indulge during the show.

Concerts and festivals are perhaps the most obvious places to find communities open to psychedelic use, but that doesn’t necessarily mean they’re the only, or even the best option.

As author and psychologist James Fadiman wryly puts it in an interview with Psychedelic Salon: “You can take psychedelics and go to a concert and see the lights. But as a psychologist, to me it’s a bit like someone saying ‘I found this new tool: it’s heavy and has a nice handle on it, and it makes a great doorstop. It’s called a microscope.”

That’s not to say that concerts are a misuse of psychedelics. Music is a wonderful aid to the transcendent experience, but in some ways, it can be argued that they run the risk of being an underutilization of their full potential.

Whereas the 60’s and 70’s encompassed an age of psilocybin and LSD, the 80’s and 90’s birthed a new forum where psychedelic community flourished with the advent of rave parties, which often orbit around the use of MDMA and MDA, commonly known as ecstasy, molly or sass.

Popularized by Alexander and Ann Shulgin, these substances are known as entactogens “touching within” or empathogens, “generating a state of empathy.”

Classic raves were parties featuring early techno and acid house music that were impressive torch-bearers of psychedelic culture during an increasingly oppressive “Just Say No to Drugs” era.

Electronic dance music, in particular, continues to serve as an incubator for psychedelic culture, evident by the later subgenre of psytrance which uses psychedelics as a strange attractor defining its narrative structure

Cyberspace has been a priceless tool for Prohibition-era psychonauts.

Enforced ignorance about the use and potential of psychedelic drugs ensured that these compounds would remain an esoteric subject. The internet has provided a space for people to publicly share their experience and knowledge.

Erowid founders Earth and Fire maintain the most extensive, up-to-date online compendium of information about psychoactive substances, complete with trip reports from people in the “test pilot range” i.e. those consuming high doses or little-studied combinations of substances.

Using the anonymity of the web, users report their self-experiments in trip-reports with a refreshing lack of self-censorship.

Erowid is used by ER doctors who recognize the value of this constantly evolving crowd-sourced bank of knowledge during a time when clinical research is scarce and can’t keep pace with a revolving door of underground pharmacological invention.

Other substance-specific digital forums provide a stage for aficionados to strut and underground researchers to collaborate, as in the Shroomery (mushrooms), Eboka (Ibogaine), or DMT Nexus (DMT). Others such as Bluelight  have a broader focus. Perhaps obviously, there are several useful subreddits covering a lot of ground (e.g. /r/drugs, /r/drugnerds, /r/psychonaut, and /r/tryptonaut, etc.), although quality information can be suspect here.

Similarly, YouTube has provided a platform for various video trip documentarians such as Psyched Substance, which provide a less aggregated form of interaction in the comments.

Some YouTube channels aim to educate, others are simply spaces where people come to dialogue and process their experiences.

Using the anonymity of the web, users report their self-experiments in trip-reports with a refreshing lack of self-censorship.

Finally, podcasts are an excellent means of absorbing interviews and ruminations of psychedelic luminaries, and many such as Psychedelic Salon, Psychedelics Today,  and DoseNation host active discussions in the forum sections, or on Twitter between longtime listeners and supporters.

Remember, people sometimes fib on the internet, so check those citations and don’t believe everything SWIM (someone who isn’t me) says!

Beyond the potential to tumble down a rabbit-hole of psychedelic internet ramblings, the reality of online communities is the oft-observed fact that cyberspace remains removed from the warmth of human contact.

However, the web is dark and deep—your curiosity is an asset.

Psychedelic conferences are an excellent way to meet other people who are concretely engaged in sharing and producing knowledge.

While there is a natural academic and professional bent to these events, most find ways of being accessible to anyone who musters the resources to attend.

Resources are a sticking point, as not everyone has the time or money to head to a big city to attend a four-day to a week-long conference.

That said, the UK’s Breaking Convention, for example, has been excellent about uploading many of their presenter’s talks, and most meetings share at least some content online. Beyond Psychedelics’ stated mission is to host an inclusive forum on issues related to psychedelics, but not inclusive of only psychedelic related material.

The Women’s Visionary Council holds events open to anyone, but features mostly women presenters in response to the under-representation of women as speakers at conferences before its founding in 2007. 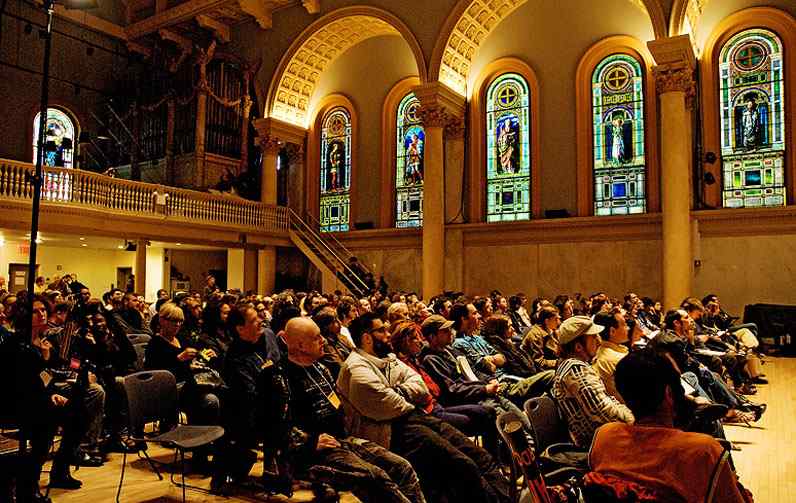 Last but certainly not least, The Multidisciplinary Association for Psychedelic Study (MAPS) holds regular conferences which boast speakers actively involved in clinical trials of the medical applications for psychedelics. Check out videos from Psychedelic Science 2017.

An important advantage of attending conferences is that one has the opportunity to directly ask experts questions about their writings or work, and the quality and density of information is higher than in other gatherings friendly to psychedelics.

Conferences on psychedelics come and go, so no list (including this one) will remain accurate or encompass all of them.

However, while the few mentioned all have several years running and show signs of continuing, doubtlessly others will emerge to fill important topical (and geographical) gaps.

Pros: Opportunity to interact directly with experts and network with peers

Con: Cost and travel can be an issue–and regardless they are infrequently held.

Prohibition has sought to disrupt communities that congregate around the responsible use of psychedelics but has only succeeded in driving them underground. The proof is that as society at large begins to reevaluate the usefulness and import of psychedelics, a vibrant plurality of sophisticated voices has risen to intone an alternative narrative. While some whisper and others sing, the old wisdom still rings true: “Seek, and ye shall find.”

Absolutely nothing in this article should distract the reader from the fact that possession, purchase, distribution, or manufacture of psychedelic substances invite the most severe of punishments in many countries.

Safety questions about substances are becoming increasingly pressing with fentanyl increasingly showing up in a variety of forms. See DanceSafe for more information. Beyond substance safety, the sad fact is that psychedelic communities themselves present unique dangers.

Parties, concerts, and festivals are regularly infiltrated by undercover narcotics officers looking to use community infrastructure as a ladder to producers, suppliers, full prisons and fulfilled arrest quotas. Many lives have been ruined along the way.

Know your community, and take care in with whom you share specifics about your experiences.  If such dangers are unacceptable, remain online (using TOR or a VPN is a good idea), or travel to states or countries where such activities are legal. 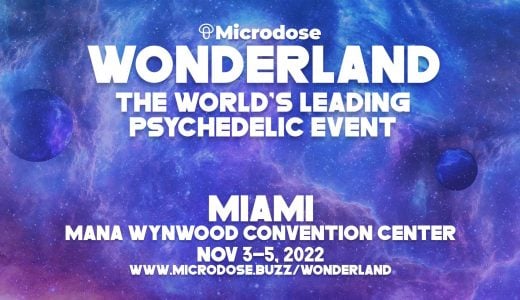 Community How the Psychedelic Revolution Might Just Save The Planet
How did a former executive with no prior psychedelic experience conclude that a psychedelic revolution is foundational to climate change? Simple, he did…
May 5th, 2021
Load more posts