Welcome to the fifth installment in our 8-part series on all things ketamine, sponsored by Mindbloom, an official partner of Third Wave.

Have you ever been out with friends and wondered why you couldn’t enjoy yourself? You wanted to be present, but you felt anxious. The tirade of obsessive thoughts wouldn’t stop. Perhaps you face situations like this every day. And maybe you’ve tried everything mainstream medicine prescribes, but nothing has eased your anxiety.

Unfortunately, health research takes about 17 years to enter general practice. Even though new anxiety therapies exist today, most doctors prescribe the old “gold standard” medications. In fact, standard anxiety prescriptions rose 34% from just mid-February to mid-March 2020! But you probably didn’t need a global pandemic to realize anxiety is running roughshod through the population.

“Anxiety has been linked to an overactive fear center in the brain and can build up, or snowball, as we ruminate about either current or future events,” explains Kristin Arden, a Psychiatric Nurse Practitioner and the Lead Clinician at Mindbloom. “Events from the past (or triggers) get associated with fear-based responses, which become well ingrained, tried and true ways of interacting with ourselves and environment. As time goes on, thoughts or environmental triggers begin to automatically equate to some form of anxious response.”

You may have resigned yourself to the idea that anxiety is just part of you. But what if that’s not true? Maybe you don’t need years of therapy and lifelong medications to release your brain from debilitating thoughts. With clinics like Mindbloom offering guided ketamine therapy and integration counseling, you may be able to open new neural pathways to a life of fewer worries.

The Failure of Mainstream Anxiety Treatments

Most people take SSRIs or benzodiazepines to treat a multitude of anxiety manifestations. From generalized anxiety disorder (GAD) to more targeted anxieties such as PTSD, OCD, and seasonal affective disorder, those who suffer are failing to find solace from these traditional therapies.

Even the American Academy of Family Physicians has said benzodiazepines lose therapeutic effect after four to six months of regular use. And a report in JAMA Psychiatry found the effectiveness of SSRIs in treating anxiety has been overestimated, and in some cases are no better than placebos. Moreover, people who take anti-anxiety medications often report feeling detached from life.

In an interview with holistic psychiatrist Dr. Kelly Brogan, a patient known as “Rose” decided to stop taking psychiatric medication after 25 years of use. As a result, Rose said she felt alive and connected again.

Does Ketamine Offer a Better Way?

The FDA initially approved ketamine as an anesthetic, but therapists are increasingly administering this psychedelic to treat various mood disorders, from social anxiety to PTSD. Ketamine therapy is still outside the standard medical paradigm. But it has the potential to offer immediate relief while also providing a long-term treatment approach.

Ketamine’s mechanism of action in the brain doesn’t follow the typical serotonin model. Instead, doctors are looking at how it affects glutamate, another neurotransmitter in the brain that may be connected to depression and anxiety.

While the process is complex, research indicates ketamine may leverage neuroplasticity—the brain’s ability to form new synapses and neural connections—to alleviate anxiety. According to Dr. Paleos, a board-certified psychiatrist, chronically stressed and anxious brains have fewer synaptic connections between nerve cells, which correlates with ruminating nervous thought loops. Ketamine appears to restore the brain’s available pathways, giving people the chance to discover new ways of thinking, feeling, behaving, and being in the world.

“Ketamine can work in a variety of ways to untangle the self-perpetuating cycle that is anxiety,” Mindbloom’s Arden explains. “For some, ketamine may offer a symbolic experience where they visualize their anxiety and eradicate it, or hold space for it differently. For others, it gives them an hour without any fear. In these ways, the medicine shows us our own ability to sit openly in a state of reflection, with defenses lowered, and not experience fear or anxiety. We then, through integration, go through a process of trying to acknowledge this ability within ourselves.” 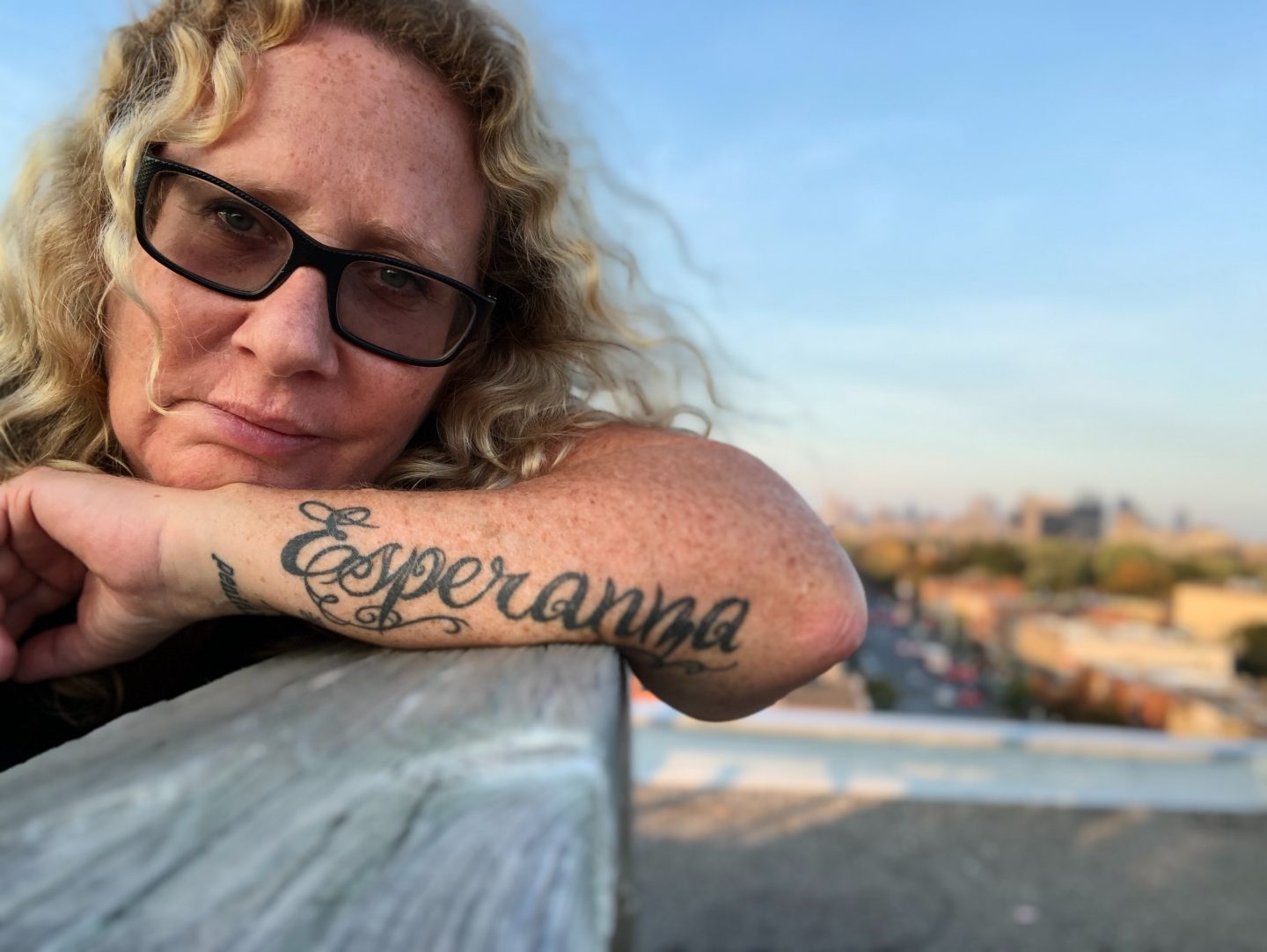 The Science Behind Ketamine for Anxiety

Currently, ketamine is the only legal psychedelic medicine available for treating emotional suffering.

Another important segment of ketamine research focuses on people with life-threatening illnesses who suffer from anxiety as a result. In a 2017 Cochrane Library review of drug therapy for this type of condition, patients wrote, “Anxiety… can be a natural response to the complex uncertainty of having a life‐limiting illness or impending death…” In 2020, thanks to COVID, this type of worry and fear is permeating the population.

Is Ketamine Therapy a Cure-All for Anxiety?

Truthfully, we don’t know if ketamine is a cure-all. Sample sizes for current ketamine therapy studies are relatively small. Moreover, we need more placebo-controlled research to provide greater insight into the short- and long-term effects of use. At the same time, research is extremely promising and worthy of the medical community’s attention. And anecdotal evidence is mounting too.

One woman in her 30s, for instance, presented at Mindbloom with a 20-year history of depression, anxiety, and PTSD. She had been through abusive relationships in the past, which were detrimental to her self-esteem as she’d been fed a narrative that she was worthless and unlovable. As she internalized this narrative, she found herself in a succession of abusive relationships.

After traditional medications and years of therapy failed to help, she began ketamine treatments. During the integration following her very first treatment, she shared a learned insight that a large source of her sadness and fear came from feeling alone and unsupported. The treatment showed her otherwise. She pictured loved ones holding hands around her, supporting her, and she heard herself saying, “I am meant for love.”

Over the next few weeks, as she became more conscious of her feelings, she came to see that a lot of her negative self-talk was untrue. Seeing herself, and the love around her, in her experiences with the medicine helped her fuel a shift that allowed her to open her heart. She relived memories that helped her understand why she was self-sabotaging and imposing limitations on herself. This ultimately gave her the courage to leave the abusive relationship and stop using food to self-soothe, which allowed her to lose a significant amount of weight. As she gained greater awareness, she was able to manage her anxiety and become more fearless, empowered, and resilient.

Your experience may be different. But if you suffer from any form of anxiety, from OCD to PTSD and seasonal affective disorder, ketamine guided therapy could be a fast-acting, life-opening route. Ketamine for anxiety may allow you to forge new neural pathways and program fresh thoughts and perceptions. To see if ketamine therapy might be a good fit for you, consider completing Mindbloom’s two-minute intake survey here. And please report back. We’d love to hear about your experience. 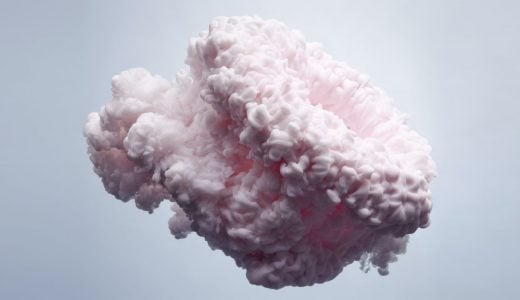 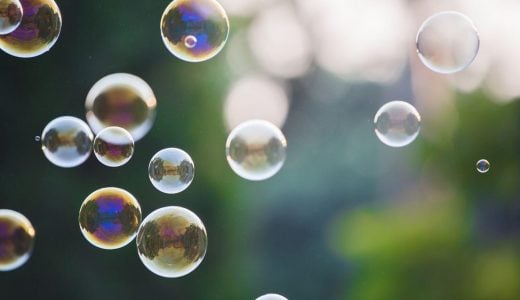