That doesn’t mean they’re one and the same, however. Swallowing a tablet of pure psilocybin is going to be a slightly different experience to eating a couple of fresh shrooms.

In much the same way that it’s good to know the difference between smoking DMT and drinking ayahuasca, it’s important to understand the differences between psilocybin and magic mushrooms.

THE CONTENTS OF MAGIC MUSHROOMS

Taking a dose of magic mushrooms is therefore not as simple as taking a dose of psilocybin. You’re eating a natural combination of psilocybin and some of its pals. It’s quite possible that the psychedelic effects of baeocystin and extra psilocin could contribute to your experience.

THE SCIENCE OF PSILOCYBIN

Why would anyone take psilocybin on its own?

The famous Johns Hopkins studies on magic mushrooms have actually been using oral doses of pure psilocybin, rather than getting their participants to drink a ‘shroom shake’.

In these studies, the psychological effects of 30mg of oral psilocybin appear consistent with a high dose of magic mushrooms, which would be something in the range of 5g of dried Psilocybe cubensis mushrooms.

These studies use psilocybin because it’s more accurate. When you eat a bunch of magic mushrooms, you’re ingesting unknown quantities of psilocybin, psilocin and baeocystin, all mixed together. This makes it a lot harder to estimate how much you need to take…

HOW MUCH IS ENOUGH?

The question “How many mushrooms do I need to take?” is very common. Unfortunately, like many things in nature, magic mushrooms don’t typically go for scientific accuracy – and the quantity of psilocybin in mushrooms can vary from species to species, and even from batch to batch.

Fresh mushrooms, depending on the species, can contain between 0.03 and 1.2 mg/g psilocybin, and can also vary dramatically in the ratio of psilocybin:psilocin:baeocystin. It’s good to find a species of which there is information about the psilocybin content. Here’s a list of some species and their psilocybin content.

If you’re eating fresh mushrooms, you’ll need to multiply everything by ten, since fresh psilocybin mushrooms are usually around 90% water. So the equivalent 30mg of psilocybin in fresh Psilocybe cubensismushrooms would require you to eat around 50g of fresh mushrooms – compared to around 5g of dried mushrooms.

It’s also important to note that even within the same species, there may be a considerable difference in psilocybin content between two different batches of mushrooms. This is why we recommend combining your batches to create an even dose.

If you’re interested in microdosing with psilocybin, check out our Microdosing Course. We’ll guide you through the basics—then dive much deeper, helping you tailor your routine to meet your personal goals. 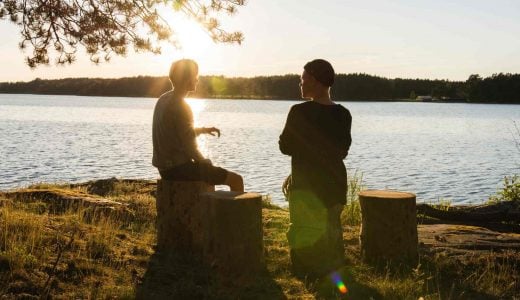 Mushrooms The Day My Perspective Shifted: How It Feels to Journey with Golden Teachers
Facts and an experience report on Golden Teacher magic mushrooms: a gentle introduction to the psychedelic experience.
Emma Stone · March 14th, 2022 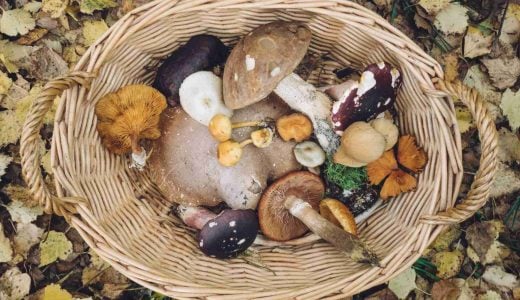 Mushrooms How to Store Mushrooms No Matter What Kind
The ultimate guide to storing mushrooms, whether they’re magic or not. Methods include refrigeration, freezing, drying, and canning.
Jeff Rindskopf · March 1st, 2022 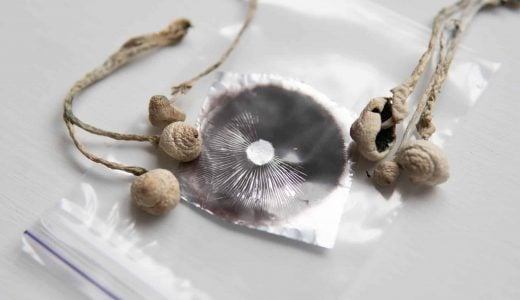 Mushrooms 10 Things You Should Know Before Buying Psilocybin Spores
Everything you need to know about psilocybin spores, including legality, forms of spores, and strains of mushrooms.
Jeff Rindskopf · February 9th, 2022
Load more posts