Review of psychedelic research on addiction 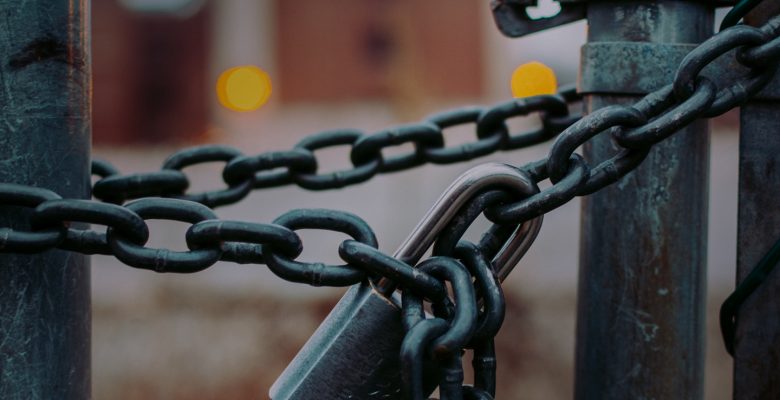 Addiction may be a fairly modern issue compared to the timeline of traditional psychedelic use, but psychedelics have been used in the treatment of addiction by various religious groups. The peyote cactus, containing the psychoactive compound mescaline, has been a critical part of Native American Church healing ceremonies.

Alcoholism is a big problem for Native American communities, and peyote plays a big role in ceremonies aimed at treating addiction – the psychedelic plant helps sufferers clearly see the damage caused by their addiction and provides a unique opportunity for introspection. Similarly, religious groups like the UDV have been using the psychedelic brew ayahuasca to treat addiction, especially to alcohol, for decades.

There is a substantial amount of evidence to suggest that psychedelics are an effective treatment for addiction when used in a guided therapeutic setting. Here we’ll break down the scientific evidence for various psychedelic substances in the treatment of different forms of addiction.

Most of the studies using LSD to treat addiction were performed in the 60s and 70s before prohibition destroyed any hope of continuing research. Luckily, the results are still there to be analyzed, which is exactly what Krebs & Johansen decided to do. They gathered the results of six trials from the 60s and 70s that attempted to use LSD to treat alcoholism on hundreds of patients. Although the trials were very different, and sometimes unethical (some patients were strapped to a bed and not told they were being given LSD!), they were all randomized and had control groups. Krebs & Johansen found that, when all six trials were pooled together, LSD seemed to significantly improve alcohol abstinence for at least 12 months. So even though these studies are very old, sometimes odd, and often not ideal, they demonstrated that LSD could treat addiction better than any currently available drug.

They gathered the results of six trials from the 60s and 70s that attempted to use LSD to treat alcoholism on hundreds of patients. Although the trials were very different, and sometimes unethical (some patients were strapped to a bed and not told they were being given LSD!), they were all randomized and had control groups. Krebs & Johansen found that, when all six trials were pooled together, LSD improved alcohol abstinence for at least 12 months. So even though these studies are very old, sometimes odd, and often not ideal, they demonstrated that LSD could treat addiction better than any currently available drug.

Similarly, studies from 1965 and 1973 have looked at using LSD to treat opiate addiction, and although they weren’t perfectly designed, they showed the potential of using psychedelics to help people addicted to strong painkillers. In 1965, Ludwig & Levine treated 70 drug addicts with various therapies, including LSD hypnosis (with 140ug of LSD). Patients treated with LSD hypnosis (‘hypnodelics’) had significant improvements in addiction scores compared to the other therapies, after 2 months. In 1973, Savage & McCabe took 78 heroin-addicted prisoners and put half of them through LSD-based psychedelic therapy (using a high dose of 300-500ug LSD), then put all addicts through a typical outpatient abstinence-based program. They found that the addicts treated with LSD had significantly better abstinence scores in the following year (25% abstinence compared to 5% abstinence, respectively). In terms of study design, both of these trials leave a lot to be desired; but nevertheless, give us a promising glimpse at LSD’s potential anti-addictive properties.

Unfortunately, there have been no modern trials on LSD and addiction, but watch this space – it’s only a matter of time.

“These studies demonstrate that LSD could treat addiction better than any currently available drug.”

The most promising studies on psilocybin are focused on treating nicotine addiction. Roland Griffiths and his colleagues undertook a pilot study in 2014, recruiting 15 heavy smokers who had attempted to quit many times. The smokers went through a 15-week long psychotherapy course including three doses of psilocybin (30mg), and after six months, 80% of the participants were abstinent from smoking. A follow-up study from the same group found that 16 months after the therapy, 60% of the participants were still abstinent. Although there was no control group in this trial, a 60% abstinence rate is significantly higher than the 30% abstinence found in similar trials of other treatments after 12 months. An interesting aspect of this trial is that the mystical aspect of the psilocybin experiences seemed to be a requirement for smokers to quit successfully; suggesting that the spiritual and perceptual changes induced by psilocybin could be its main mechanism of action.

Recently, a preliminary trial into the psilocybin-assisted treatment of alcoholism has produced some promising results. Ten people suffering from alcoholism were given a course of psilocybin treatment (28mg) that significantly reduced their drinking over the next six months. Unfortunately, as this was a very small pilot study with no control group, the results don’t hold a huge amount of weight – but it at least shows that psilocybin is a safe potential therapy for alcoholism.

There have been no controlled trials of ayahuasca’s efficacy in treating addiction. However, there are several interesting surveys of regular ayahuasca users that suggest this psychoactive brew may be a potent anti-addictive substance.

One study of regular ayahuasca users found that they are considerably less likely to become addicted to alcohol and other drugs compared to non-users. The survey took into account both isolated communities and urban communities and found similar anti-addictive effects of ayahuasca in both.

Another survey of religious ayahuasca users (belonging to the Santo Daime church in the US) found that almost all of those who had previously had substance abuse issues were now addiction free. Although it’s likely that their church’s abstinence policy was a factor in this phenomenon, the participants all claimed that the substance itself was crucial in their recovery.

Adolescent members of a Brazilian ayahuasca church were found to be less likely to consume alcohol than non-ayahuasca using controls in a 2005 survey. Again, it’s possible that the religious context alone was responsible for this effect, but it’s more likely that such effects are due to the powerful psychoactive brew.

An observational study of participants in a rural ayahuasca ceremony in Canada adds more gas to the fire. Twelve people with problem substance abuse undertook a four-day long course involving two ayahuasca ceremonies. The attendants reported psychospiritual improvements and reductions in substance use, especially alcohol and cocaine, for several months following the course.

Finally, a recent study in mice showed that ayahuasca protects against behavioral sensitization to alcohol. Mice were given varying doses of ayahuasca (from 30-500mg/kg) before being injected with alcohol. All doses of ayahuasca significantly reduced the mice’s response to alcohol, suggesting that they were less likely to exhibit addictive behavior.

“Ayahuasca users are considerably less likely to become addicted to alcohol and other drugs compared to non-users. ”

Similarly to ayahuasca, no controlled trials on peyote’s anti-addictive effects have been carried out. However, it has been used for decades in Native American Church healing rituals, specifically for the treatment of alcoholism and other drug dependence. It’s been suggested that the introspection and perspective shift caused by peyote consumption is a crucial part of the sobriety-inducing effects of the rituals.

Ibogaine is a naturally occurring hallucinogen found in various shrubs in Africa. It’s been used traditionally in Gabian initiation rites, and more recently as a treatment for addiction. Various treatment centers have opened up in America and Europe, claiming that ibogaine can eliminate withdrawal symptoms and reduce cravings in addicts. Although there have been no controlled trials of ibogaine’s anti-addictive properties, several studies have shown that just one treatment session with ibogaine can produce abstinence for up to 12 months in most addicts.

Click here to read more about the use of ibogaine to treat addiction.

NOTE: Ibogaine can cause heart failure in people with pre-existing heart conditions. Do not take ibogaine if you have a heart condition, and never mix ibogaine with other drugs.

This unusual psychedelic has not been used traditionally as an anti-addictive substance – possible because of the relative isolation of the Mazatec people that most frequently use it in religious rituals. But an animal study from 2009 has shown that Salvia divinorum could be a potent anti-addictive treatment, effectively preventing rats from becoming addicted to cocaine compared to control rats. As a result, research groups have been attempting to develop anti-addiction drugs from compounds found in Salvia divinorum.

HOW CAN THIS INFORMATION HELP YOU?

If you’re suffering from addiction, it’s possible that you haven’t found success with contemporary medicines or therapy. It’s likely that psychedelic therapy can provide you with a unique perspective on your suffering that other medicines cannot. If you don’t want to take a massive dose of LSD, read one of our guides on microdosing that could change your life for the better.