Nootropics and Psychedelics: How Mind Enhancement Benefits From Both

Nootropics and psychedelics share many commonalities, so it’s a bit surprising that the psychedelics community still seems to have limited education on the history or function of nootropics.

In case you’re completely unfamiliar with the word, a nootropic (pronounced “new-troh-pick”) is a substance with strong scientific evidence that it supports one or more aspects of brain health and cognitive performance, such as focus, mood, memory, willpower, or mental energy.

That may not sound as sexy as a life-affirming psychedelic journey, but once you realize the importance of underlying brain health in getting the most out of a psychological or spiritual experience, the importance of incorporating nootropics into your diet becomes clear.

And our ancestors agreed. Nootropics, like psychedelics, are an ancient human tradition.

Even though the word is fairly young (having been coined in the 1960s), what we now call “nootropic ingredients” have been part of the human diet for thousands of years. The celastrus plant, commonly known in the Himalayan highlands as “intellect plant”, has been used in Ayurvedic medicine for millennia to enhance mental clarity. Various other nootropics also have long histories of use in traditional Chinese medicine and traditional European medicine.

Some nootropic ingredients are derived from root extracts, such as rhodiola root. Others are leaf extracts, such as from gingko biloba and huperzia serrata. Even certain vitamins, lipids, herbal tonics, and amino acids have strong research demonstrating the critical support they provide in brain health and mental performance.

So why is awareness of nootropics just beginning to spread in Western culture?

Part of the reason is similar to why psychedelics are also relatively new to public understanding. Like psychedelics, there was a long history of human use that did not translate to popular education in 20th century Western culture. In the case of nootropics, much of their modern marginalization came by way of food culture in the West. It’s a bit hard for obscure root and leaf extracts to compete with hamburgers and hot dogs when popular culture emphasizes indulgence and convenience over health benefits, or when brain health and mental performance are misunderstood as static, unalterable capacities.

But nootropics began to reemerge from obscurity in the 2010s, in a renaissance largely paralleling that of psychedelics. Greater internet access to previously fringe health and wellness fields began to gain steam in a subculture we now know as the biohacking movement (though that movement’s origins trace back with less fanfare even earlier). Popular figures in biohacking and wellness, such as Dave Asprey and Ben Greenfield, broadened public education on nootropics and the role they play not only in personal achievement, cognitive function, and job performance, but also in enhancing other spiritual and psychological states of being, including enhancement of empathy, appreciation, and baseline mood. 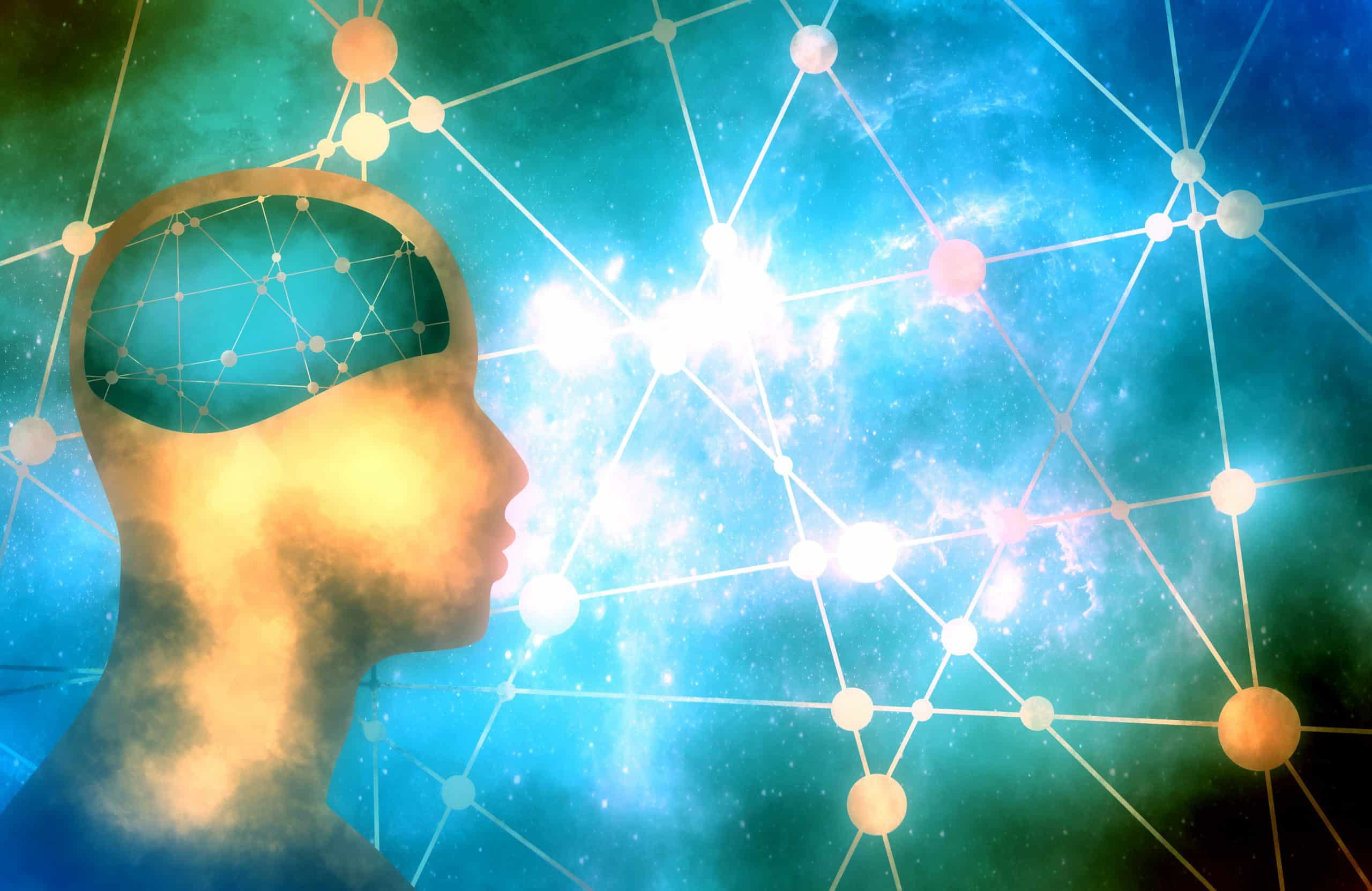 The Emergence Of Comprehensive Nootropic Formulas

2015 also saw the founding of Neurohacker Collective, followed in 2016 with the release of their mind-enhancing formula now known as Qualia Mind, which has gained in popularity ever since within health and wellness communities. Although commercial nootropic formulations existed before Qualia Mind, it’s the first formulation to place as high a value on comprehensive, balanced nutritional support for the human brain, with 28 nootropic ingredients formulated for synergistic potential, acting in concert to provide broad support for neuroregulatory capacities.

The pioneering approach to nootropic formulation used by Neurohacker’s science team in developing Qualia Mind is based on complex systems modeling. To get a bit technical, the formula aims to support (rather than override) the brain’s own neuroregulatory capacity. Or in layperson’s terms, the formula is designed to support what your brain does in a state of optimal health and balance, rather than spiking one mental capacity at the expense of another. The formula seeks to promote this balance by:

In addition to these enhancements that many find to be rapidly noticeable in their focus, clarity, and mood, Qualia Mind also is designed to support long-term brain health by:

Part of what led Neurohacker’s team to devote years of research to nootropics was their respect for dietary ethics within health and wellness communities. Their formulation team, led by naturopath Dr. Gregory Kelly, formulates all Qualia formulas to be non-GMO, vegan, and gluten-free. This inspired their team to delve into research on many culturally overlooked and naturally occurring ingredients that support mind enhancement, which fueled Qualia Mind’s early popularity in health-conscious circles.

Want to easily grow mushrooms at home?
Third Wave’s Mushrooms Grow Kit and Course turn the daunting task of cultivating mushrooms into a simple one.

Our in-depth guide and step-by-step videos will have you harvesting your own home-grown mushrooms in no time.

An Ally In Psychedelic Awareness and Mind Enhancement Research

Another hallmark of the Neurohacker team (that unfortunately is not true of all nootropic formulators) is their deep devotion to scientific rigor and extremely detailed scientific literature. This is particularly evident on neurohacker.com’s formulation page. Their formulation design article on Qualia Mind alone is supported by 144 research citations.

And Neurohacker in particular has given a voice to the psychedelics community for years. Their popular podcast Collective Insights has featured some of the most respected doctors, authors, and influencers in health and wellness, including psychedelic champions such as Dennis McKenna and MAPS founder Rick Doblin.

In a world that has normalized protein shakes for muscle building and multivitamins for general health, it’s surprising that holistically prioritizing brain health is just now becoming a thing. The brain, constituting just 5% of our body weight, utilizes approximately 20% of our metabolic energy. It is the day-to-day foundational layer of our experience, informing every journey, every relationship, and every idea we have that can either die just past the idea stage or be seen to fruition through sustained mental exertion and willpower.

To value the power of exceptional mental experiences, such as psychedelic journeys, without valuing the health of our underlying neurology—which informs those journeys and our day-to-day experience between them—is a waste of our highest potential, and the potential of our tangible accomplishments and contributions.

The relationship between nootropics and psychedelics is ultimately up to each individual, but science and literature are becoming rigorous enough to harness the benefits of both to yield an extraordinarily vital tapestry of human experience from which to create, strive, reflect, and accomplish.

Our capacity to translate mental and spiritual awareness into a tangible, positive contribution for society heavily relies on robust daily brain health, above and beyond momentary realizations of what could be. A well-researched nootropic formulation provides powerful daily brain health support for the primary mediator of our human experience, so we can operate from a state that not only encounters profound realizations, but has the mental and energetic bandwidth to do something meaningful with the wisdom and epiphanies that result.

Take advantage of these previously obscure ingredients, particularly now that they’ve been honed into comprehensive pre-assembled daily supplementation, and see how much deeper you can enrich the horizon of your own mental potential, so the best of your awareness is reflected in greater follow-through and capacity towards your life’s work. 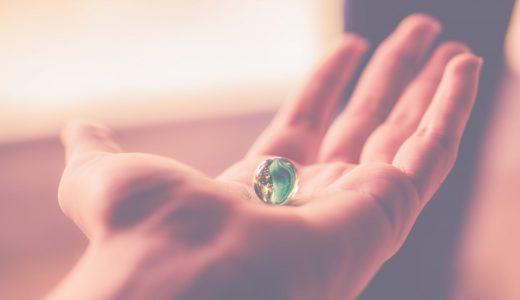 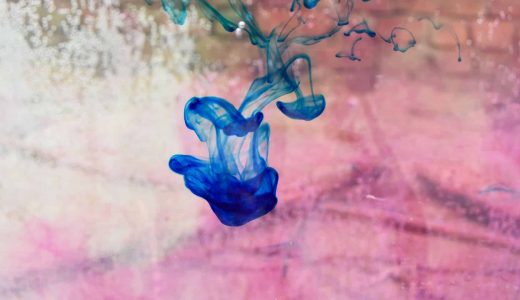 Wellness Methylene Blue: The Missing Ingredient In Your Microdosing Routine
Everything you need to know about methylene blue: what it is, positive health effects, how to use it, and where to buy it.
Matt Cooper · April 29th, 2022 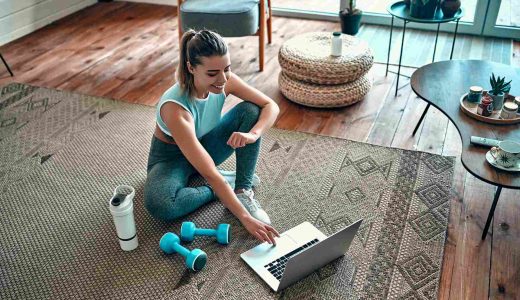