How Mushrooms Can Save the World and Humanity from Crisis 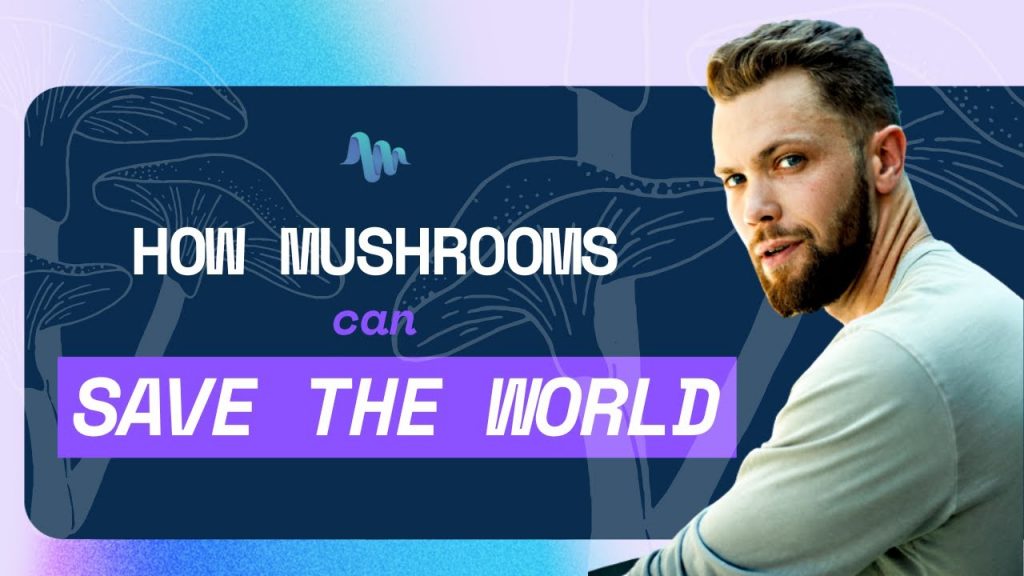 Disclaimer: Psilocybin is a largely illegal substance, and we do not encourage or condone its use where it is against the law. However, we accept that illicit drug use occurs and believe that offering responsible harm reduction information is imperative to keeping people safe. For that reason, this document is designed to enhance the safety of those who decide to use these substances. You can learn more about the legality of Psilocybin cubensis mushrooms here.

Although it may sound hyperbolic, mushrooms could feasibly solve society’s most imminent threats, from environmental destruction and climate change to universal disconnection, depression, and disease. The world needs serious rebalancing, and mushrooms can inspire a harmonious biosphere to bloom. Here we’ll explore how both so-called functional and magic mushrooms address every level of the global crisis.

You can also watch the video above featuring Third Wave CEO and founder Paul F. Austin’s five-minute take on how mushrooms can save the world.

Mycelium running: how mushrooms can help save the world 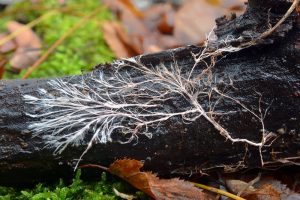 Mushrooms are organisms that connect all life on earth, positioning them to solve humanity’s greatest challenges. Mushrooms are also among the oldest living organisms on earth. Their DNA aligns them closer to the human genome than plants.

Mushrooms are fungi from the first organic species to touch land 1.3 billion years ago. They’ve since built 450 quadrillion kilometers of underground branches, called mycelium, below the earth’s surface.

If the conditions are right, fungi’s underground branches produce a “fruiting body,” or the visible and sometimes edible part of the mushroom that grows out of a tree or the ground. Mycelial roots produce thousands of mushroom fruits, broadly classified as functional, psychedelic, non-edible, and poisonous. All serve incredibly valuable functions for plants and humans.

On a human level, mushrooms can revolutionize physical and mental health. On an environmental level, these fungi convert dead and poisonous materials into progressive forces for life. This multifaceted mycelial potential is why academics like Roland Kupers and mycologists like Paul Stamets champion mushrooms as remedies to the world’s greatest challenges.

Third Wave’s Mushroom Grow kit provides everything you need to cultivate world-changing mushrooms at home, minus the spores.

Paul Stamets on how mushrooms can save the planet 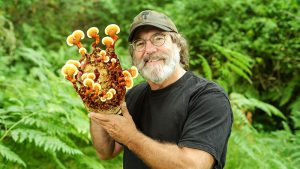 Mycologist Paul Stamets has been foraging, studying, and harnessing magic and functional mushrooms for their limitless potential since the 1970s. In 2006, he gave a historic lecture at the Bioneers National Conference, focusing on how mushrooms can save the world. In 2008, he delivered a TED talk focused on mushrooms’ invaluable ecological significance.

Stamets argued that fungi could remediate the earth’s damage, from oil spills to contaminated runoff, and facilitate its regeneration.

Stamets’s Bioneers and TED conference presentations emphasized the power of fungi-fueled environmental repair, known as mycoremediation. The famed mycologist explained that mushrooms grip the soil, prevent erosion, hold water, and establish continuous biomolecular communication with their ecosystem. Though their intricate filaments are only one cell wall-thick, most mushrooms are strong enough to filter and trap nutrients 300,000 times their weight.

Stamets described an experiment comparing oyster mushrooms to standard bioremediation tactics in treating diesel and petroleum pollution. Researchers added oyster mushrooms, enzymes, bacteria, and a control solution to each of the four contaminated piles, comparing their ability to consume and break down the toxic materials.

Oyster mushrooms reduced their pile’s hydrocarbons (crude-oil components) from 10,000 parts per million (PPM) to 200 PPM in less than eight weeks. The mushroom mound also rebounded to life as the mushrooms added spores, which attracted insects. In turn, the insects laid eggs, and the mushrooms became fat and safe to ingest, with no residual chemicals. When the mushrooms eventually rotted, birds flew over, dropping seeds, allowing plants to grow on previously infected piles. Meanwhile, the bacteria and enzyme-treated mounds remained “dead, dark, and stinky.”

“This reflects mushrooms as great decomposers and keystone species that restore habitats and proliferate life,” said Stamets during the Bioneers conference.

Stamets has continued beating the drum for mycorestoration, expanding focus to include human health and connection. His 2019 film and accompanying book, Fantastic Fungi, explored how the underground mycelium network can revive dying ecosystems, heal mental suffering, and resurrect humans’ lost connection to nature.

3 Ways mushrooms can save the world 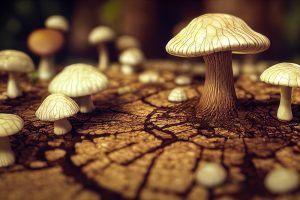 Oyster mushrooms are clearly one of the most talented bioremediators. But they’re far from the only restorative species of fungi. Scientists have identified more than 120 enzymes in various mushroom-forming fungi that effectively digest toxic and cancer-causing chemicals. There is almost no waste material or human-derived pollutant that a species of fungus can’t decompose. And that’s great news because carbon emissions, plastic contamination, and chemical waste threaten the earth’s survival.

A major toxic polluter, Chevron-Texaco, used mushrooms to soak up oil spill damage in the Amazon after leaving northern Ecuador more than 30 years ago. From 1964 to 1990, Chevron-Texaco dumped 12 billion gallons of toxic oil byproduct into the rivers and streams that local people depended on for drinking, cooking, bathing, and fishing. When the corporate giant left, it poured the rest of the crude and toxic waste into pits throughout the region. Sources say the cleanup was little more than a sham, but the mushrooms’ remediation potential proved real. Fungi release tenacious enzymes that feast on harmful pollutants like hydrocarbons, heavy metals, and plastic waste, remediating contaminated soil in as little as three weeks.

Plastic, in particular, is one of the most harmful materials known to earth and man. An overwhelming 91% of plastic isn’t recycled and does not biodegrade. Rather, plastic breaks down into smaller pieces and ends up in oceans, landfills, the air, and the food chain. Humans inadvertently eat five grams of plastic weekly and inhale up to 16.2 bits every hour (a credit card each week). Reducing plastic reliance and subsequent waste is essential. Fungi offer effective solutions, from bioremediation to mycelium fungus technology.

Perhaps mycelium’s greatest rebalancing act lies in its potential to trap climate-change-inducing carbon emissions.  Fungi sequester a great deal of carbon, which keeps CO2 from the atmosphere. Certain species of fungi allow the soil to store 70 percent more carbon than it normally would. Additionally, fungi can break down carbon into nutrients for the soil and plants to absorb, leading to greater biodiversity. Allowing more fungi to proliferate in nature is essential to encouraging this carbon-consuming process.

2. Reconnecting humans to self, community, and nature 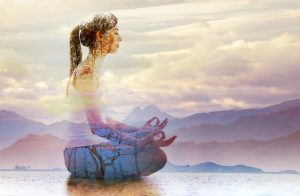 Disconnection is one of the key forces driving humanity’s ecological and mental health crises. And the problem has gotten progressively worse with time and technological progress.

Industrialism divorced people from their ancestral connection to nature, replacing hunting and foraging with perusing grocery aisles. Modern technology has disconnected people from their communities, replacing meaningful relationships with social-media-induced dopamine hits. And consumerism offers shiny distractions that feed the ego rather than the soul.

These innovations undoubtedly signify human advancement and evolution. But gadgets also breed isolation, one of the top depression indicators, and environmental apathy, the biggest threat to the planet.

An apathetic global society doesn’t care about environmental destruction because it sees itself as separate from nature. In turn, a disconnected society unleashes massive waste, unstainable manufacturing practices, and carbon emissions in pursuit of material goods and convenience. The antidote? Magic mushrooms.

Psilocybin mushrooms are expansive tools for connecting humans to the wholeness of the natural world, inspiring them to care about its rapid degeneration. Centuries of ritual use illustrate this assertion.

Indigenous shamans from South America to Eastern Europe have used psilocybin and other plant medicines in spiritual ceremonies to elicit connection to God, land, and their communities. It’s no coincidence that these ancient civilizations also lived symbiotically with nature and considered it sacred. Shamans today echo that sentiment, citing psychedelics as conduits to communicating with nature, feeling empathy for the earth’s beings, and being more environmentally responsible.

Western research demonstrates that respect for nature is a universal effect of psychedelics, even outside ritualistic contexts. An Imperial College paper showed people’s affinity for nature drastically rose after just one psychedelic mushroom journey, and interconnected feelings lasted for months. Another paper surveyed 893 psychedelic users, finding that lifetime psychedelics use “positively predicted liberal political views, openness and nature-relatedness….” On a mass scale, these perspective shifts are just what the planet needs to reverse humanity’s destructive behavior.

3. Unlimited potential of mushroom medicine for health and wellness 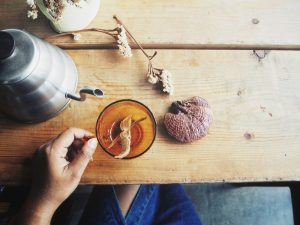 Psilocybin mushrooms’ ability to foster inner connection is also critical in combating the global mental health crisis, one of the leading causes of disability, according to the World Health Organisation. Among young adults 15 to 29, suicide is the fourth leading cause of death. It’s no coincidence that young adults are also the loneliest generation, suffering from trauma and technology-fueled separation from family, friends, community, and self.

Renowned activist Rick Doblin, Ph.D., believes psychedelics are so effective at resolving depression that the world could achieve “net zero” trauma by 2070.

One key characteristic of fungi is that they don’t rot from bacteria. They do the rotting. So species of fungi are humanity’s most effective antibiotics. For example, the penicillium fungus revolutionized western medicine’s approach to infectious diseases. For many years, scientists created penicillin by growing penicillium mold and separating it to create a purified antibiotic medicine. Fungi hold the potential to develop the next line of antibacterial vaccines today.

The study also points to functional mushrooms’ active metabolites, including polysaccharides, terpenoids, and phenolic compounds, including flavonoids, glycoproteins, polyketides, steroids, and alkaloids, and their ability to heal. These compounds exhibit immunomodulatory, antioxidant, anti-inflammatory, gut-boosting, and even antitumor benefits.

Functional mushrooms exhibit the most obvious medicinal benefits of all fungi species. But even psilocybin mushrooms provide purely physical benefits, according to preliminary clinical research and patient anecdotes. Psilocybin for migraines, cluster headaches, and chronic pain are exciting research areas that could revolutionize the pharmaceutical industry, reducing reliance on addictive pain medication and increasing mental health and connection to nature simultaneously.

Mushrooms can achieve what no pharmaceutical or product can possibly do. They can save humanity from ecological, psychological, and spiritual crises through a vast, intelligent, and powerful mycelial network. Mushroom cultivation and consumption are more important than ever to weave plants, animals, humans, and the earth together into a regenerative balance.

Are you ready to start cultivating magic mushrooms at home? Third Wave’s Mushroom Grow Kit provides everything you need (minus the spores) to produce three successful harvests. 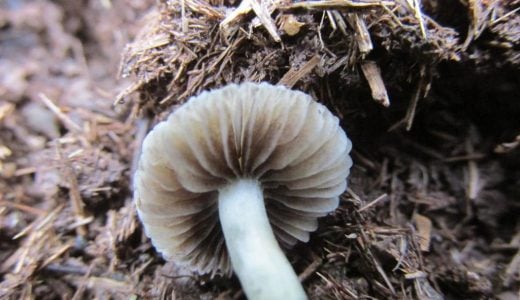 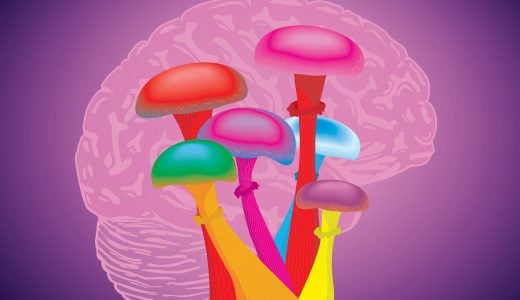 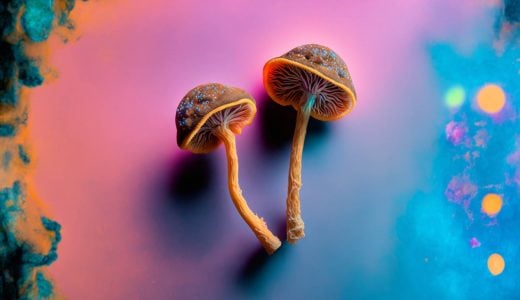