Everything You Need to Know About the Colorado River Toad

The largest toad in the USA, Bufo alvarius is quite easily recognizable. Unlike most toads that have characteristically dry and bumpy skin, the skin of the Sonoran Desert Toad is smooth and shiny, with interspersed white warts. Its color is olive green to dark brown.

The Colorado River Toad is well-known in the psychedelic community for the milky venom it excretes from the glands behind its jaw. This venom’s primary purpose is defense against predators. However, to the joy and spiritual evolution of many a psychonaut around the world, it also contains one of the most potent psychedelic molecules known to man.

This substance is 5-MeO-DMT, and it is four to six times more powerful than its better-known relative N,N-DMT. The effects of the two substances are quite different, too. While DMT is more of a transgalactic hyperdimensional visual trip, 5-MeO offers a much more intense emotional roller coaster with spatial transfigurations, deep realizations, and a blinding sensory overwhelm to boot.

Compared to N,N-DMT, its effects can be quicker acting, with a peak after a few minutes only, and the entire experience over after ten to fifteen minutes. This information refers to smoking isolated 5-MeO; the toad’s venom, however, is a cocktail, which usually offers a longer, more balanced trip.

At about 15% substance volume, Bufo alvarius venom is quite rich in 5-MeO-DMT content. But 5-MeO is not only found in the venom of Bufo alvarius. Its use is an ancient tradition among South American indigenous people, , who would crush the seeds of yopo (Adenanthera peregrina), a perennial leguminous tree found in the Amazon rainforest, and snort the powder through a tube. It was used as a purgative for the sick and by shamans as a divinatory tool helping to diagnose causes of illness, similar to another well-known Amazonian concoction, ayahuasca.

Aside from 5-MeO, the venom of the Colorado River Toad also contains 5-HO-DMT. This substance is also known as bufotenin, the name obviously derived from the toad’s Latin alias. With more than 285 Bufo toad species classified, only the Bufo alvarius is known to possess bufotenin at a high enough concentration for it to be psychoactive.

As a tryptamine of similar structure, the effects of 5-HO-DMT and 5-MeO-DMT are complementary. 5-HO tends to have a stronger visual/auditory component, making the trips an intense sensory experience. It also takes a bit longer to kick in than 5-MeO (a few minutes), the peak comes on later (at around the ten-fifteen minute mark – just about when the 5-MeO effects are subsiding), and the whole trip can last for a much longer time (up to two full hours).

Together, the Sonoran Desert Toad venom contains quite a potent mix of the two molecules, providing an intense, yet balanced trip that integrates both the psychedelic and hallucinogenic effects.

The experience itself is, as with all entheogens, difficult to put into words. The best description may be the one given by Albert Moss, founder of the Church of the Toad of Light, who pioneered venom as a psychedelic. An excerpt from the pamphlet he created on the toad in 1983 describes the trip as “an overload of thoughts and perception, brief collapse of the EGO, and loss of the space-time continuum. Relax, breathe regularly, and flow with the experience. After two to three minutes, the initial intensity fades to a pleasant LSD-like sensation in which visual illusions, hallucinations, and perceptual distortions are common. You may sense a distortion in your perceived body image or notice the world shrinking or expanding. You may notice that colors seem brighter and more beautiful than usual. And, most likely, you will experience a euphoric mood interspersed with bursts of unmotivated laughter.”

Plenty more trip reports can be found on Erowid and in James Oroc’s book, Tryptamine Palace – 5-MeO-DMT and the Sonoran Desert Toad.

Unlike ayahuasca, which demands a complex preparation, acquiring the venom of the Bufo alvarius and getting it ready for smoking is quite straightforward. The venom is basically “milked” from the live toad by gently squeezing the base of its paratoid glands – the distinct elongated bulges located just behind the toad’s eyes.

The venom that is excreted should be collected on any smooth, non-porous surface, and allowed to dry until it hardens or crystalizes. At this point, the water content, which makes up about 50% of it, evaporates, and the dry matter left is smokable. Being much more potent than N,N-DMT, a substantially lower dose is needed. On average, 3-5mg should be sufficiently psychedelic, and 5-10mg should provide a full-on trip.

Please note that only smoking the dried Sonoran Desert Toad venom will produce a psychoactive effect. Following the massively popularized idea of licking the toad to get high can only get one hospitalized; some curious pets have found this out the hard way. Also, the “milking” process must be approached gently, both for yours and the toad’s sake. The venom can squirt in any direction if not squeezed out properly (you definitely don’t want it in your eyes), and the toads can get hurt by improper handling.

Remember that you need to be mindful of the law, as there are some restrictions surrounding these animals, let alone the restrictions on, and consequences of possessing a Schedule I substance such as 5-HO-DMT or 5-MeO-DMT.

In New Mexico Bufo alvarius is currently designated as a “threatened” species, and catching or possessing one is illegal. In California, the species has the “endangered” status, which, again, means that capturing and owning them is illegal. In Arizona, where Bufo alvarius are abundant, it’s legal to catch up to ten toads (a fishing license is required)… However, it’s still illegal to ship them out of state or otherwise carry them over state borders. Also, if it can be in any way determined that the possession of a Colorado River Toad can lead to using the venom for recreational purposes, criminal prosecution awaits.

Sustainability of the Colorado River Toad

The use of “toad medicine” is a venerated ritual among both indigenous peoples and psychonauts alike. However, increased popularity in Mexico, the United States, and in some countries in Europe and South America has put a strain on the toad population.

The Colorado River Toad is not currently listed as a protected species in the United States, but there are ongoing efforts to add it to the endangered species list. It is considered imperiled in New Mexico and possibly locally extinct in southern California.

In addition to endangering the population, venom harvesting is also causing the toad to become a victim of black market trafficking as well as inhumane breeding and “milking” practices in captivity.

The destruction of the toad population can be avoided by using synthetic 5-MeO-DMT instead of vapor from the toad. Many people believe toad medicine is superior because of its “purity”, but there is no evidence that 5-MeO-DMT derived from toads produces a better/different experience or outcome than synthetic 5-MeO-DMT.

As of this writing, a small number of indigenous cultures originally from the Sonoran Desert have started promoting the use of the substance as an effort to revive their cultural identity. It’s not clear if toad medicine was used in these cultural practices prior to Ken Nelson’s discovery of the toad’s psychoactive effects in the 1980s, but in either case, it’s an effort to reclaim the tradition of ancestral medicine in Mexico.

This brings up the question of cultural appropriation in that toad medicine is now being used in locations and contexts that are very different from the indigenous cultures in which it originated.

Small scale, local use of the toad-derived 5-MeO DMT in indigenous practices is much more likely to be sustainable and arguably more ethical, especially when considering many of these populations don’t have access to alternatives. But beyond local use, where plant-based and/or synthetic alternatives are more easily accessible, it’s difficult to argue for harvesting the toad-derived compound at scale.

It’s therefore strongly recommended that you seek out synthetically-derived 5-MeO-DMT if you have access to it. 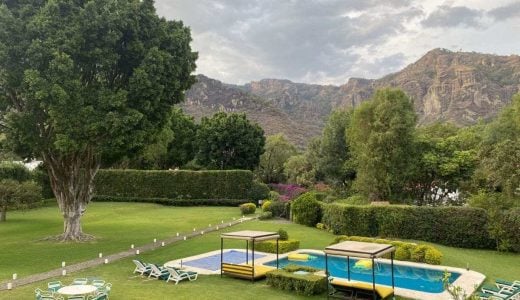 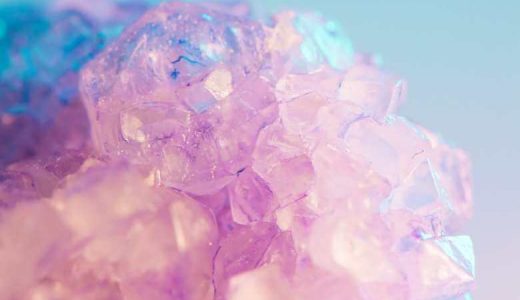 5-MeO-DMT What Does DMT Look Like?
Learn how to identify DMT in its extracted form.
July 18th, 2019
Load more posts