There’s a new oil boom on the rise and it has nothing to do with fossil fuels.

In the last few years Cannabidiol, or CBD oil, has taken the scene by storm. With scientists and doctors testing and researching CBD all over the world, there is no longer any question of its significant medical benefits. This has led to an explosion of interest.

Medical marijuana, including both CBD and THC, is now a multi-billion dollar industry. With all of the options patients and consumers are inundated with, it is important to be aware of exactly what these products are, where they come from, and how they affect the human body.

What is CBD and where does it come from?

Cannabidiol is a naturally occurring compound found in the resinous flower of the cannabis plant. This sticky resin is concentrated in the cannabis flowers, or “buds,” which are covered by trichomes. The trichomes are fragile, glandular structures that hold many of the plant’s rich medicinal compounds, including CBD, THC, and the terpenes that give cannabis buds their strong aroma.

CBD is one of 113 known “phytocannabinoids” found in the cannabis plant. People tend to be most familiar with the phytocannabinoid “tetrahydrocannabinol” (THC), which when ingested gives the well-known psychoactive effects of marijuana. Unlike THC, CBD is without euphoriant properties, meaning it doesn’t get you “high” in the traditional sense. Through extensive pharmacological research, CBD has been found to exert anti-seizure, antipsychotic, and anti-inflammatory effects.

The fact that CBD provides multiple medicinal benefits without the intoxication makes it an attractive option for patients and cannabis users alike.

A brief history of CBD

Contrary to popular belief, CBD oil and its therapeutic benefits are not a recent discovery. Evidence of CBD and cannabis-derived medicine use dates back to about 5,000 years ago across many regions and cultures. The first medical research on the plant’s therapeutic benefits was not performed until 1839 when an Irish physician and medical researcher named William B. O’Shaughnessy published a controversial (for the time) study on the medical applications of cannabis. Fast forward a century later; modern advancements in research and technology have revealed multiple discoveries within the cannabis plant.

In the 1940s, American chemist Roger Adams, successfully isolated the first cannabinoid, leading to the discovery of CBD and THC. Twenty years later, Israeli chemist Raphael Mechoulam noted the difference in the biological composition of cannabinoids, and determined that CBD was indeed not a mind-altering compound. He also conducted a study of the potential application of CBD for the treatment of epilepsy. After just four months of treatment, half of the subjects stopped having seizures and the rest had a marked decrease.

The stigma toward cannabis at that time still limited the publication of much of this research, but the findings of these monumental studies are imperative to our current research today. 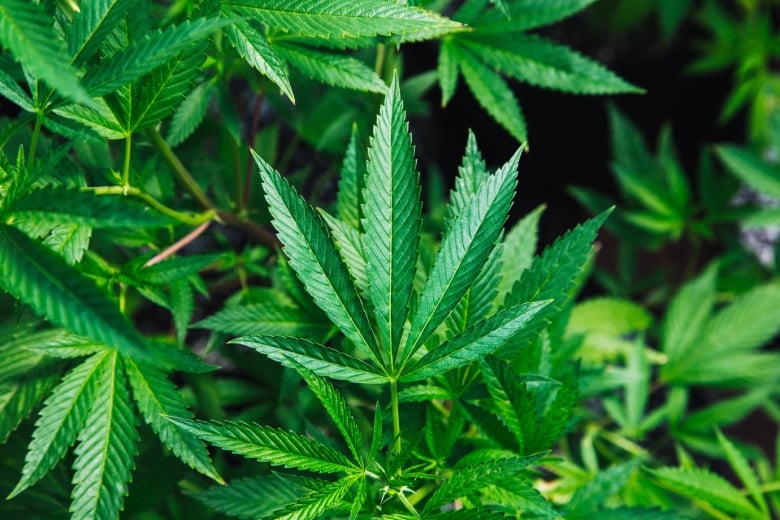 How are hemp and marijuana different?

When talking about cannabis it is important to differentiate hemp plants from marijuana plants. Hemp and marijuana are two different varieties in the plant species, Cannabis Sativa. Both can produce CBD, but hemp produces a nearly non-existent amount of THC. Industrial hemp, by legal definition, is a cannabis plant with less than 0.3% THC by dry weight, with fewer trichomes.

Marijuana plants are high-resin cannabis strains containing many trichomes, therefore more oil-rich, containing both THC and CBD. With current genetic technology, it is possible to cross-breed strains to achieve a desired THC to CBD ratio in plants.

What about hemp oil and CBD oil?

Often the terms “hemp oil” and “CBD oil” are used interchangeably with no distinction between the two.

Hemp oil, which is extracted from the hemp variety of cannabis, can contain CBD and a spectrum of other phytocannabinoids, but contains no more than 0.3% THC. This oil has gained steam on the market recently due to the passage of the 2018 Farm Bill which legalized industrial hemp in the United States, therefore legalizing hemp oil.

Hemp seed oil ’s name reveals its origin; it can be used as a cooking oil or skin lotion, contains no THC, and has been legal for decades.

CBD oil is an extraction from either hemp or marijuana. It can be isolated as pure CBD oil, or in most cases, it is considered a full-spectrum CBD oil. This means it contains other phytocannabinoids besides CBD. There is compelling evidence that when CBD oil is taken in combination with THC and other cannabinoids, it can create a more effective result for the individual.

The passage of the Farm Bill led to an unforeseen spike in the manufacturing of hemp-derived CBD products. There have not been any federal safety regulations placed on the content of these products, and there is sometimes little oversight into the testing and quality of these hemp oils on the market. There are many problems with this. First, hemp-derived products can be mislabeled with inaccurate CBD content. Second, if the oil was poorly processed then it may be contaminated with solvent or pesticide residues, or thinning agents. This creates confusion when looking for a quality product. A good way to avoid this problem is to shop at a state-regulated dispensary in states where medical cannabis is legal, or to carefully read the ingredients and look for evidence of lab-testing before purchasing a CBD oil product online. 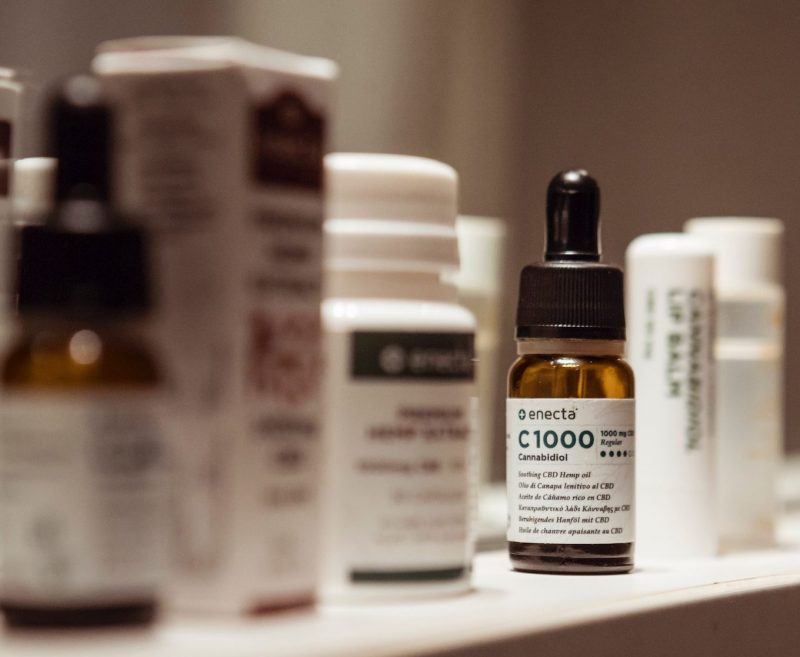 How does CBD oil affect the body?

Our endocannabinoid receptors are components in the important modulatory system that assists with the function of the brain, endocrine, and immune tissues, and helps to regulate the secretion of hormones related to reproductive functions and stress response. In lay terms, endocannabinoids help to maintain a variety of our body systems. There are two kinds of endocannabinoid receptors present: CB1 receptors and CB2 receptors. CB1 receptors are concentrated in the brain and central nervous system, maintaining functions such as motor activity, pain perception, stress response, and memory. CB2 receptors are distributed throughout other organs in the body, such as the immune system, muscular system, and cardiovascular system.

When CBD oil interacts with our CB1 and CB2 receptors, it improves the capabilities of each receptor and its functionality. Due to the wide range of endocannabinoid receptors our body holds, it gives an idea of how many health problems CBD can help with. Some of the most common health conditions CBD has shown to help improve are inflammatory responses (such as chronic pain, arthritis, and autoimmune disorders), seizures and muscle spasticity, stress, and anxiety. With the presence of receptors in various vital body systems, the revelation of even more medical benefits is extremely promising with current research.

There are several ways to extract CBD oil, each method having its own set of pros and cons. Extraction creates a highly concentrated form of CBD and other cannabinoids.

CBD is classified as “terpenophenolic,” meaning it is soluble in both oil and alcohol. Different methods of extraction include CO2 extraction, ethanol extraction, hydrocarbon extraction, and even olive oil extraction.

Just like its counterpart, THC, the legality of CBD is a gray area. In the United States, the legal status varies state to state and federally, but is mainly determined by whether the CBD is derived from hemp or marijuana plant variety. Since the 2018 Farm Bill was passed, which removed hemp from being a Schedule I substance and reclassified it as an “agricultural commodity,” hemp products can now be sold across state lines as long as they are  less than 0.3% THC. In other words, CBD products derived from hemp oil are federally legal.

Marijuana-derived CBD oil is slightly more complicated, considering it comes from an illegal plant. Although marijuana-derived CBD is federally illegal, there are many states that have legalized the use of medical marijuana which extends to the use of CBD oil. As of 2019, there are a total of forty-seven U.S. states where marijuana-derived CBD oil is legal for medicinal use. Outside of the United States, there are many countries that have legalized CBD oil for medicinal use, including but not limited to Canada, Uruguay, Denmark, South Africa, New Zealand, and the United Kingdom. Check out our article here for an in-depth look at cannabis legality.

This is the first time since the Reefer Madnessera that the United States federal government approved a cannabis-derived product having medical benefits. Not only was the medicine approved, but it was removed as a schedule I drug and reclassified as a schedule V. Unfortunately this didn’t extend to all marijuana-derived CBD, but it is a huge step in a more cannabis-friendly direction.

Savitex, also known as Nabiximols, is a patented pharmaceutical that contains a 1:1 ratio of THC and CBD in an oral spray. This is a prescription-only medication used to treat muscle spasticity and neuropathic pain in patients with multiple sclerosis. As of 2019, it is legally prescribed in Canada, Australia, the United Kingdom, and Spain. It is awaiting FDA approval in the United States at this time.

Listen to our podcast episode with Jag Davies talking about: Why Decriminalization Will Save Lives or Click here to read the transcript

The most important thing to recognize about CBD oil is that it is not a miracle drug and it will not immediately solve all your medical problems, despite what companies might claim. It’s often used as an adjunct therapy or preventative medicine.

Due to its relative novelty on the market, the optimal dosage, route, and complete benefits of CBD are still a constant experiment. Many health professionals know little about CBD or medical cannabis, and lack sufficient knowledge to counsel patients. As we move forward into this new frontier of medical marijuana together, it’s important that we are transparent as we begin to discern how to maximize the therapeutic benefits of cannabis. 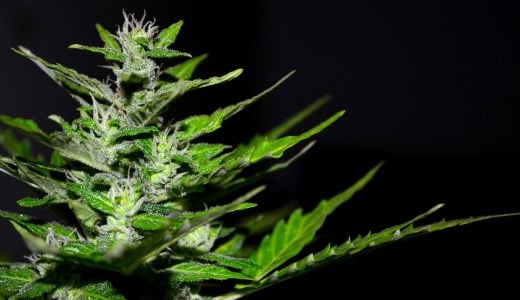 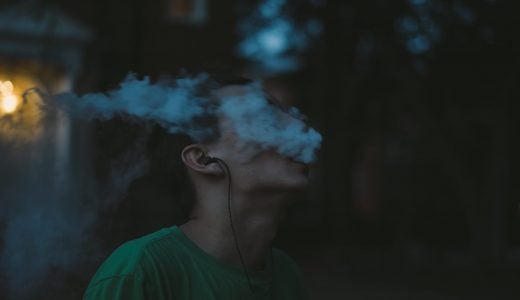 Cannabis A Comprehensive Guide to Vaping CBD
Vaping CBD has become popular as an alternative option to the psychoactive effects of THC and cannabis.
June 18th, 2019 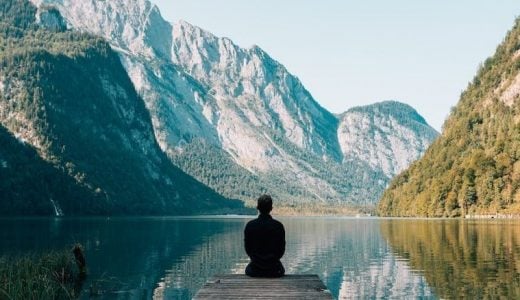