Ayahuasca: Purging Your Way To A Better Life

The projectile vomiting was embarrassingly loud and exorcist-like: twin streams sprayed through my esophagus and nose simultaneously, as powerful convulsions racked my body from the depths of my bowels.

I heaved again into the giant agave plant in the garden outside the Temple.

Immobilizing fear and anxiety surged past my throat and cascaded into the dirt.

Images of death and destruction from innumerable news reports, live drone footage, articles and videos exited my body and mind with the next heave.

When I finished puking from the ingestion of ayahuasca, and everything that I could possibly vomit was indeed outside my body, I looked up.

The stars appeared remarkably bright. I felt remarkably clear. The negative mental state that had become my norm over the past two years of the divisive US election had lifted. I felt like I had awakened from a terrible trance. A trance designed to keep us disempowered and afraid, hypnotized by the media we consume.

Free of those fears, I felt strong, present, optimistic, and wonderfully alive. As I always did after purging out my demons in an ayahuasca ceremony.

AYAHUASCA AND THE TREATMENT OF DEPRESSION

Ayahuasca is a tea that is made by combining the “Banisteriopsis caapi vine and a DMT-containing leaf, most commonly Psychotria viridis leaf (chacruna). The word “ayahuasca,” based in the Quechua language, can be loosely translated as “vine of the soul.” Historically, the brew was used by peoples of South America, notably in the Amazon, for ceremonial and religious purposes. Today, Ayahuasca has reached the western world and various neo-shamanic practitioners and circles have cropped up in response to its growing popularity. There are two legal churches in the U.S. that use ayahuasca for religious purposes: The Santo Daime Church and União do Vegetal (UDV).

One of the most commonly noted effects of drinking ayahuasca is the feeling of happiness, joy, and relief following the ceremony. The elevated mood also tends to be accompanied by a desire to be healthy, eat good food, get good rest, and be a better person.

A multitude of subjective accounts of people experiencing relief from depression and other mood disorders with the regular use of ayahuasca has recently motivated scientists and researchers to explore the potential therapeutic effects of ayahuasca for depression. While the number of studies and reports are still relatively limited in scale, and therefore still somewhat inconclusive, so far all of them suggest that ayahuasca may be effective in reducing symptoms of depression in users.

Aside from anecdotal evidence, there are biochemical indications that ayahuasca could be useful in the treatment of depression. The hallucinogen N-dimethyltryptamine, present in high concentration in ayahuasca, binds to serotonin receptors. Harmine, tetrahydroharmine, and harmaline are all thought to prevent the breakdown of serotonin and other neurotransmitters. Serotonin is one of the neurotransmitters that is commonly correlated as one of the physiological associations with depression.

One of the promising attributes of ayahuasca as treatment for depression is that the brain does not develop any dependency on the plant; nor does the plant medicine blunt receptors sites anywhere in the brain. In contrast to antidepressants, upon which users can quickly become dependent, there is no evidence of any kind of chemical dependency on ayahuasca after use.

Studies show the promise that ayahuasca holds in treating depression, but can regular use of ayahuasca lead to lasting happiness?

Led mostly by Brazil, scientific investigations into the therapeutic benefits of ayahuasca began in the 1970s.

One such investigation was undertaken to explore the potential benefits of ayahuasca by observing its effects on long-time members of the UDV. The most notable finding in the investigation was that many of the members who were said to have dealt with depression, social phobias, and substance abuse issues prior to having used ayahuasca had been cured or relieved of these issues after many years of its ceremonial use. Moreover, the investigation showed that there were no reports of psychiatric disorders or substance abuse issues among the users, all of whom had regularly been taking ayahuasca in their ritual setting for over 10 years.

Another investigation into members of the Santo Daime church showed that those under the effects of ayahuasca experienced emotions such as anxiety, hopelessness, and panic significantly less than those in a placebo group.

A 2015 Brazilian study of a small group (six subjects) with moderate to severe depression showed promising results in significantly reducing depressive symptoms with each consecutive serving, with benefits lasting two to three weeks after treatment.

This year, a Brazilian group produced the first sturdy clinical evidence of the effectiveness of a single dose of ayahuasca in the treatment of depression, in a double-blind, placebo-controlled trial. Ayahuasca had an immediate and significant effect on the participants’ depression scores compared to placebo.

Beyond lifting a person’s mood, can ayahuasca go so far as to change a person’s destructive behavior? In 2015, inmates convicted of committing violent crimes in Brazil were allowed to participate in ayahuasca ceremonies for two years. The initiative, pioneered by prisoners’ rights group Acuda, based out of Porto Velho, is a response to the urgent need to ease pressure on Brazil’s overpopulated prison system, which is prone to human rights abuses and violent uprisings.

By allowing prisoners to drink ayahuasca on a regular basis, the therapists leading the study hope to reduce recidivism and provide an opportunity for violent criminals to change.

“I’m finally realizing I was on the wrong path in this life,” Celmiro de Almeida, in prison for homicide, told the New York Times. “Each experience helps me communicate with my victim to beg for forgiveness.”

“It’s certainly novel among prisoners, but ayahuasca has great potential because under optimal conditions, it can produce a transformative experience in a person,” said Dr. Charles S. Grob, a professor of psychiatry at the U.C.L.A. School of Medicine who has conducted extensive studies on ayahuasca.

CAN AYAHUASCA MAKE YOU A BETTER PERSON?

Jõao Natureza drove me all over Acre, Brazil. He drove me to visit the different Santo Daime churches and communities around Rio Branco. He even drove me as far as the Bolivian border, to attend a work at Luis Mendes’s Fortaleza. Yet he didn’t participate in the works with me. Instead, he’d lie down on a hard wooden church bench, take a nap, and patiently wait for the eight, 10, or 12-hour work to be over in the morning before driving me back to my hotel.

I asked him, “Jõao, why don’t you drink Daime anymore? Why do you do this for me?”

He told me, “Daime totally changed my life. Before I drank Daime, I smoked weed, drank, and snorted cocaine all the time. Then I started drinking Daime at Dona Chica’s Barquinha church. During that time I received a clear message. The Daime said to me, ‘You smoke, you drink, you snort cocaine, but now, you have two young daughters. You need to stop all of this and be a father to your daughters.’ And so I stopped smoking and snorting cocaine. I might have a beer, but not like before. And then, I no longer had a need to keep drinking Daime. Daime showed me what I needed to know. And so I stopped. That was five years ago.”

In Brazil, it’s well known that ayahuasca can make you a better person, that the Daime can show you the light and show you the way. Ayahuasca healed me from the trauma of racism, connected me with my purpose, and made my life hella interesting. Now, it’s up to science to prove that it’s indeed possible to drink ayahuasca and purge yourself to a better life.

Lorna Liana is a new media strategist and lifestyle business coach to visionary entrepreneurs. She travels the world while running her business as a digital nomad, and is the founder of EntheoNation. 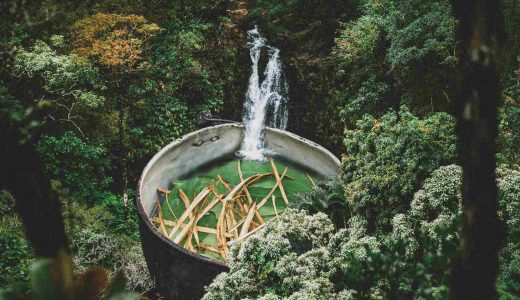 Ayahuasca Ayahuasca Research: Where Science Meets Spirituality
A newly published study details the effects of ayahuasca on individuals at the Ayahuasca Foundation in Iquitos, Peru. Here’s what the science says.
June 29th, 2021 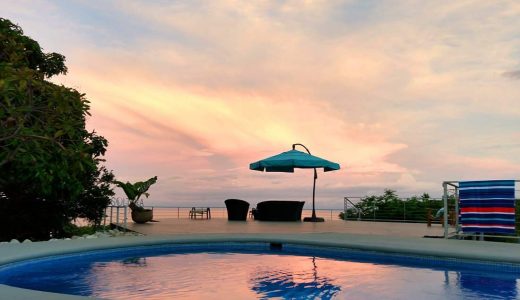