Breakdown to Breakthrough: Healing the Self with Ayahuasca

Learn how ayahuasca healed the inner child of AnnaLynne McCord and resurrected the warrior in Kerry Rhodes in this riveting discussion on The Third Wave podcast.

AnnaLynne, former star of Nip-Tuck and 90210 went down to Costa Rica to experience the plant medicine of ayahuasca at Rythmia. She was joined by former NFL football player Kerry Rhodes, as they both explored what it means to heal in a recently released documentary called “The Medicine”.

Get the full podcast interview here: 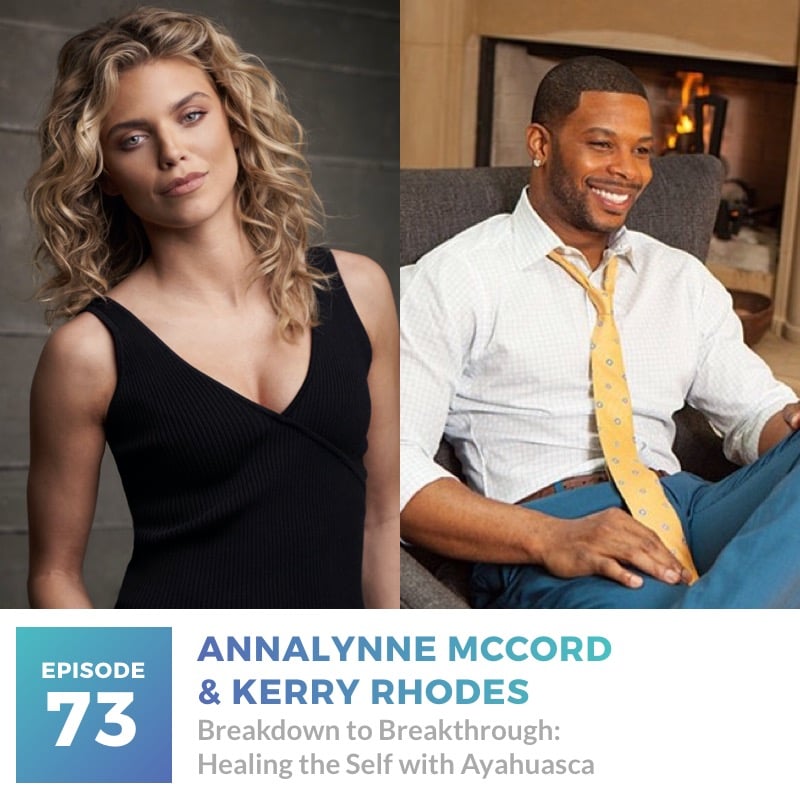 AnnaLynne McCord is an American actress, writer, director and producer. Known for playing the vixen, vamp and roles of a darker nature, McCord first gained prominence in 2007 as the scheming Eden Lord on the FX television series Nip/Tuck.

During her free time, McCord has contributed to various charities, stating that “working with charitable organizations and giving back has been (her) saving grace as it has taught (her) how to rescue (herself).” She is the President of “Together1Heart” which empowers women and children victimized by human-trafficking and sexualized violence. In 2009, McCord was awarded a U.S. Congressional Honor by Connecticut Congresswoman Rosa De Lauro for her anti-trafficking work.

Kerry Rhodes is an American actor and former NFL football safety, playing for seven years with the New York Jets and Arizona Cardinals. Kerry also runs his own charity called The Rhodes Foundation which provides opportunities for college-bound youth in impoverished communities. As the product of Kerry’s belief in the transformative power of education and the importance of inspiring young minds, the foundation’s fundamental goal is to propel ambitious men and women by giving them the resources they need to achieve their goals and dreams.