What is San Pedro? Facts about the Psychoactive Plant

Disclaimer:
Mescaline is a largely illegal substance, and we do not encourage or condone its use where it is against the law. However, we accept that illicit drug use occurs and believe that offering responsible harm reduction information is imperative to keeping people safe. For that reason, this document is designed to enhance the safety of those who decide to use mescaline.

Huachuma: the sacred cactus of the Andes

The San Pedro plant is one of many mescaline-containing cacti found throughout the Andes Mountains of Peru, Colombia, Ecuador, Bolivia, Argentina, and Chile. In recent history, San Pedro has been overshadowed by peyote, aka Lophophora williamsii. Given its geographical distribution from Mexico into Texas, peyote has gained prominence in popular culture, first as the sacrament of the Native American Church, then as a psychedelic used by the counterculture of the 60s and 70s.

More recently, however, concerns have arisen around the sustainability and ethics surrounding peyote. As it becomes increasingly rare due to over-harvesting from popular use, many argue that it should be strictly preserved for indigenous cultural practices. San Pedro, on the other hand, is a fast-growing cactus, so many view it as a better alternative for experiencing mescaline. Still, it is important to recognize that San Pedro, also known as “torch cactus” or “huachuma”, also has a rich cultural history for indigenous groups in the Andean Mountains.

Significant cultures of South America that embraced psychoactive plants include those of the Chimu, the Moche, and, particularly, the Chavin. Chavin de Huantar, located in Ancash, Northern Peru, sits on the edge of a small township set on a narrow plain nestled between the surrounding mountains. To the west is a steep mountain, the slope dotted with huge ancient-looking columnar cacti. To the right, in a field, sits a cluster of buildings that protect the ancient ceremonial site, the plaza, and the underground chambers.

Chavin de Huantar was a sacred ceremonial center that archaeologists have slowly uncovered. The ceremonial site dates back to 1200 BCE. The sunken Circular Plaza in the Old Temple at Chavin features numerous stone panels, most notably an anthropomorphic fanged feline being who holds a huachuma cactus in her right hand. The being has feline fangs, hands with eagle claws, feet with jaguar claws, and snake-like hair that reminds a Westerner of the Greek goddess Medusa. Another important discovery was the Raimondi Stele, ornamented with the image of the Staff God. This figure holds a staff, doubling as a huachuma cactus, in each hand. The Stele is now housed at the Museo Nacional de Arqueología Antropología Historia del Perú in Lima.

Colombia, Venezuela, Ecuador, Peru, and Bolivia contain the greatest diversity of entheogens on the planet, and 2000 years before the Inca built their roads through the Andes mountains, entheogens were traded throughout the region. The use of huachuma, ayahuasca, and other plant entheogens were fundamental in ancient South American cultures. Alongside the use of huachuma, there is evidence of Harmalines and the psychedelic substance DMT at the Chavin complex, indicating the ancient use of ayahuasca and DMT snuffs.

The ancient pilgrimages for plant medicines are mirrored in the modern tourist trade: individuals following in the path of their botanical heroes, Richard Spruce or Richard Evans Schultes, or those seeking healing for physical ailments or mental health. The continuity in the use of medicine plants, their legality, and the quest to seek out entheogenic experiences has led to a close association between huachuma and ayahuasca. Huachuma is now just one aspect of a complex Peruvian curanderismo (healing practice), existing as part of a cultural tradition and modern healing modality. San Pedro ceremonies are facilitated by a traditional healer, called a curandero or curandera (depending on the gender), or sometimes called a yachakkuna. These ceremonies take place outside using an altar known as a mesa, which is a cloth on which the healer places numerous sacred objects. It is from the mesa that the  curandero/a leads the ceremony. 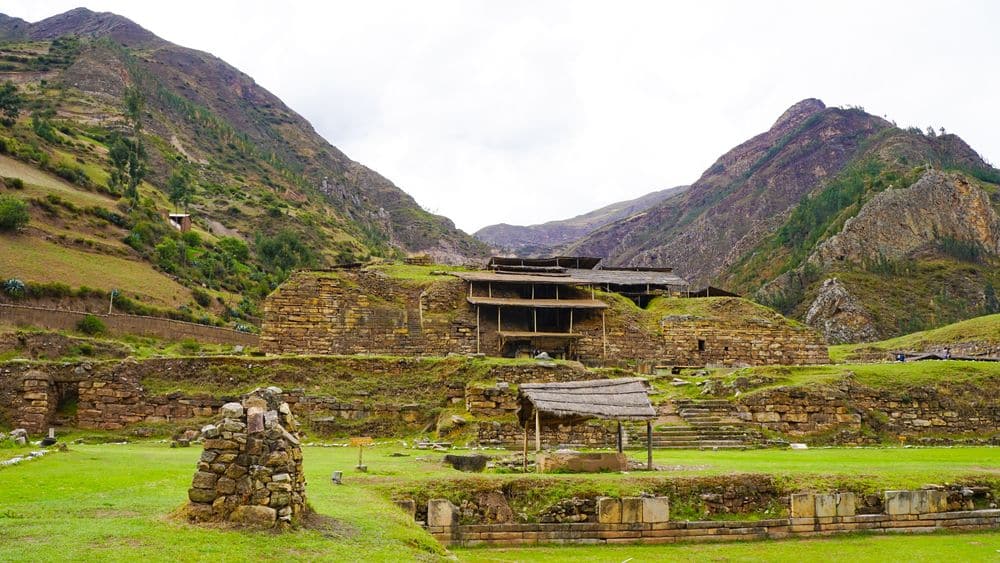 What is the San Pedro plant medicine?

“San Pedro”, Spanish for “Saint Peter” who guards the gates of heaven, is the common name for the columnar cactus Trichocereus pachanoi. It is known traditionally in Peru as achuma, with modern usage as huachuma or wachuma, and in Ecuador as aguacolla.  It may (or may not) surprise you that Trichocereus pachanoi is a very common cactus. It is frequently used for landscaping and sold in garden centers to many who are unaware of its entheogenic properties. Still, plenty of savvy buyers know of the plant’s properties, and Trichocereus collectors and breeders exist all over the world. The global cultivation of Trichocereus pachanoi has led to the creation of many cultivars, including “Juul’s Giant”, “Landfill”, and notably the Australian “Fields” and “Yowie.” That pretty emerald green, almost spine-less columnar cactus in your neighbor’s front yard may be the sacred entheogen huachuma, used in South American ceremonies for millennia.

Trichocereus pachanoi is a columnar cactus named and described by Britton & Rose based on specimens found at Chanchan Valley, Ecuador. The cactus can be tree-like, growing up to 19 feet tall, often with numerous branches either from the base or from where a previous column has snapped. They range from light yellow-green to a deep emerald-green, sometimes with a glaucous powdery coating that can be rubbed off. The structure of the column is defined by a series of six to eight vertical ribs that are rounded in shape. The ribs give the cactus a star-like shape from above. A defining feature of the cactus is its areoles, which sit within transverse depressions spaced at regular intervals. Each areola looks like a small tuft of hair from which emerges between three to seven dark yellow to brown spines that can grow to just under one inch in wild specimens, although they are much shorter on cultivated plants.

The flowers of this cactus are absolutely incredible! They first appear from the areola as small hairy balls that then extend up to nine inches long then burst open in a white hue with a beautiful aroma during the night. Remember how Trichocereus means “hairy cereus”? Well, that’s because the base and the stem of the flower are covered with black hairs.

Despite their similarities, species of Trichocereus are incredibly variable, especially given their ability to hybridize readily. There are many specialists who can determine minute differences in species, variety, or pedigree. Some telling features include the lengths of the spines, the number of ribs, the circumference, and the glaucousness. Each variation is closely associated with its own town or region, with names referring to the locale from which it originates.

Where does the San Pedro cactus grow natively?

Huachuma, the Quechua name for San Pedro, is endemic to the Andes mountain ranges. It grows throughout Colombia, Ecuador, Peru, Bolivia, Argentina, and Chile. It is everywhere in Peru! There you will find it cultivated in parks and gardens, in various Plaza de Armas, and represented in pottery, carvings, artwork, and textiles. It is used by curandero/as in healing and divination (keeping in mind that we don’t use the misappropriated word “shamanic”) rituals throughout the Peruvian Andes.

While the cactus is treated as a sacred plant in traditional use, it is also seen as a novelty and is regularly sold in markets alongside other Trichocereus spp throughout the Andes. While perusing the sundry array of local produce amidst the strong aromas of meat and poultry, visitors to Peru’s many markets will at some point stumble across the local medicine stall. These are usually stocked with a huge variety of sacred plants for sale, including large sections of cacti piled up and advertised based on the local names. 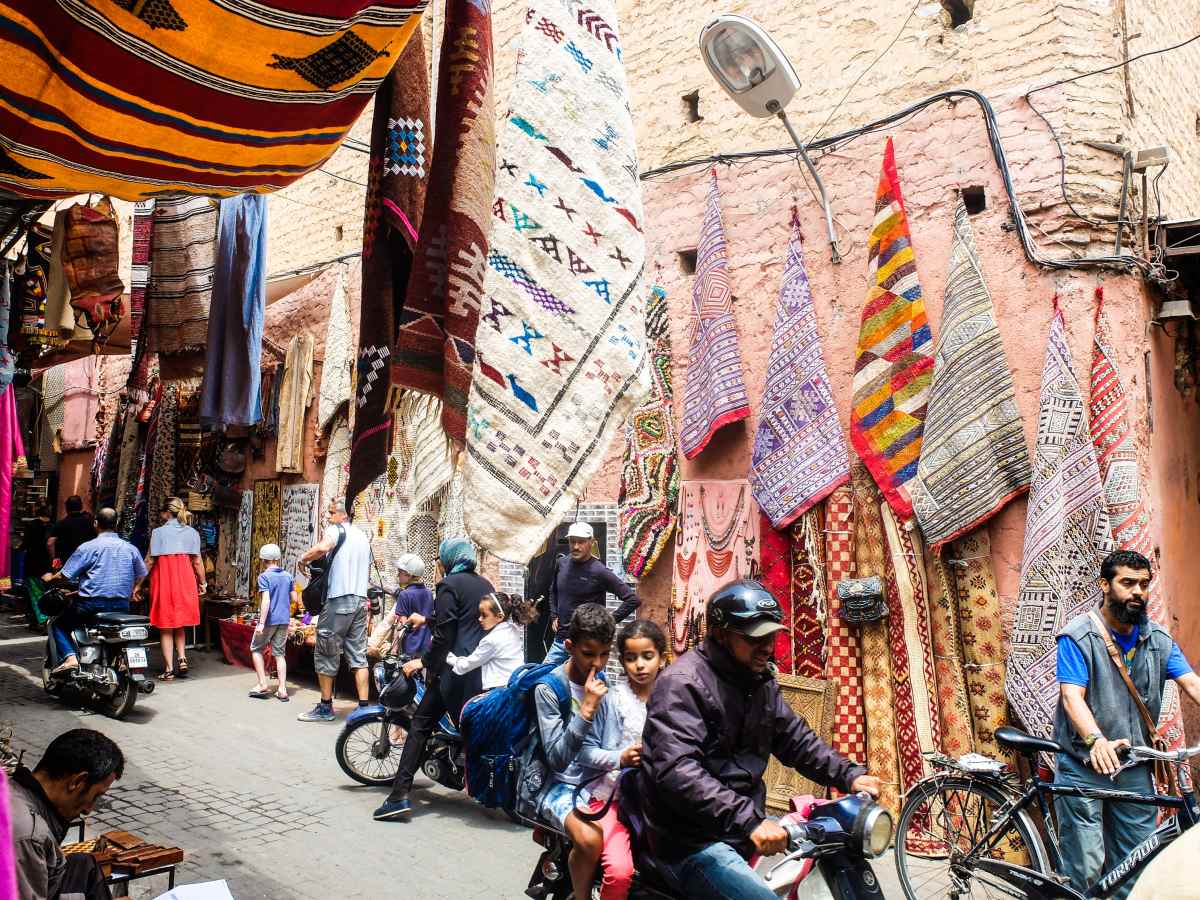 Mescaline and other constituents of San Pedro

The active ingredient in huachuma is the phenethylamine, mescaline, or more specifically 3,4,5-trimethoxyphenethylamine. This plant alkaloid is considered one of the classic hallucinogens alongside psychedelics such as LSD and psilocybin mushrooms. But unlike the tryptamine alkaloids, which act on serotonin receptors, mescaline is a phenethylamine that acts on dopamine receptors. The effects of mescaline include altered thinking processes, a different sense of time and self-awareness, as well as closed- and open-eye visual phenomena. More information about consuming San Pedro can be found in this article.

The hallucinogenic effects of San Pedro are produced by mescaline, but as with peyote, there are many other compounds present that are thought to contribute to an “entourage effect”. Essentially, this means that multiple compounds work adjacently with the hallucinogenic one to add to the whole San Pedro experience. Anecdotal evidence from various sources suggests that the highest concentration of active compounds is found just beneath the skin of the cactus. This makes sense, as these compounds likely serve an evolutionary purpose of protecting the photosynthetic cells. Within the cactus, mescaline is biosynthesized from tyramine, which, in turn, is derived from phenylalanine.

With the recent interest in microdosing, there has also been interest in using mescaline in sub-perceptual doses. Individuals who have experimented with this practice have reported higher levels of creativity, more energy, increased focus, improved relational skills, and a reduction in negative emotions such as anxiety, stress, or depression. Some people also report that microdosing mescaline has helped them heighten their spiritual awareness and enhance their senses. More information on microdosing mescaline can be found in the Ultimate Guide to Mescaline.

A community of entheogens

A traditional huachuma ceremony does not only include huachuma. In addition to the cactus, a participant will consume flower essences in the alcohol used for blessings and inhale tobacco (mapacho) used for purification. Other plants can also be added to the brew. There is a highly sophisticated pharmacology present in these traditions of plant medicines, which include the use of particularly powerful additives such as Brugmansia, which can be dangerous in inappropriate doses.

Modern interest in the sacred rituals using plant medicines has led many curandero/as to also offer ayahuasca in addition to huachuma. Ayahuasca is a brew made from combining the jungle plants Banisteriopsis caapi and Psychotria viridis. Many healing centers in the Andes advertise a series of ceremonies: ayahuasca one night, huachuma two nights later, then, after two nights,  again.

Coca, Erythroxylum coca, is particularly important in the communities of the Andes. Coca  provides energy and nutrients to those who chew quids of the leaves; in so doing, it oxygenates the blood and helps stave off altitude sickness. It is also important as an offering to the mountains, and particularly to the mountain goddess Pachamama.

While possession of mescaline and related compounds is illegal in most countries, it is legal to cultivate the San Pedro cactus in most countries, and it is regularly sold in garden centers. Cultivation for consumption is illegal. Notably, this is the case in the United States, Australia, Canada, Sweden, Germany, and New Zealand. Care should be taken with respect to how the law interprets cuttings of San Pedro, as a cutting may be interpreted as cultivation for consumption. 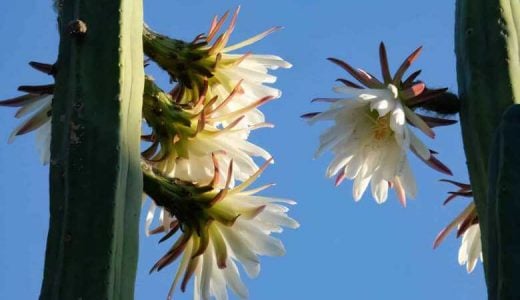 Mescaline Growing San Pedro Cactus: A Complete How-To
Everything you need to know about growing San Pedro, from soil to water to temperature and sunshine considerations and more.
December 8th, 2021 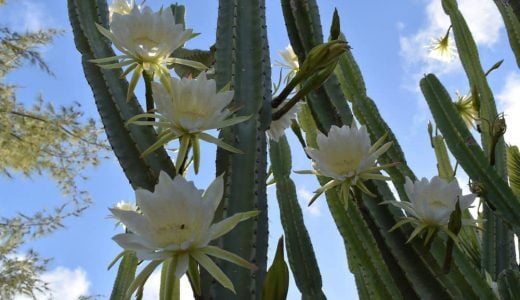 Mescaline San Pedro Preparation: How to Prepare San Pedro for Consumption
Everything you need to know to prepare a San Pedro tea for consumption.
November 30th, 2021 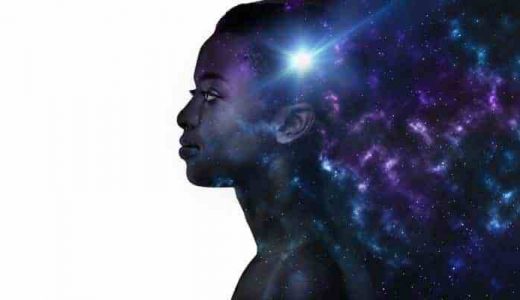 Mescaline San Pedro: What is it Like to Experience Mescaline from San Pedro?
Your complete guide to experiencing San Pedro, or huachuma, from trip length and effects to recovery and integration.
November 24th, 2021
Load more posts