How One Ibogaine Clinic Has Learned From Its Mistakes 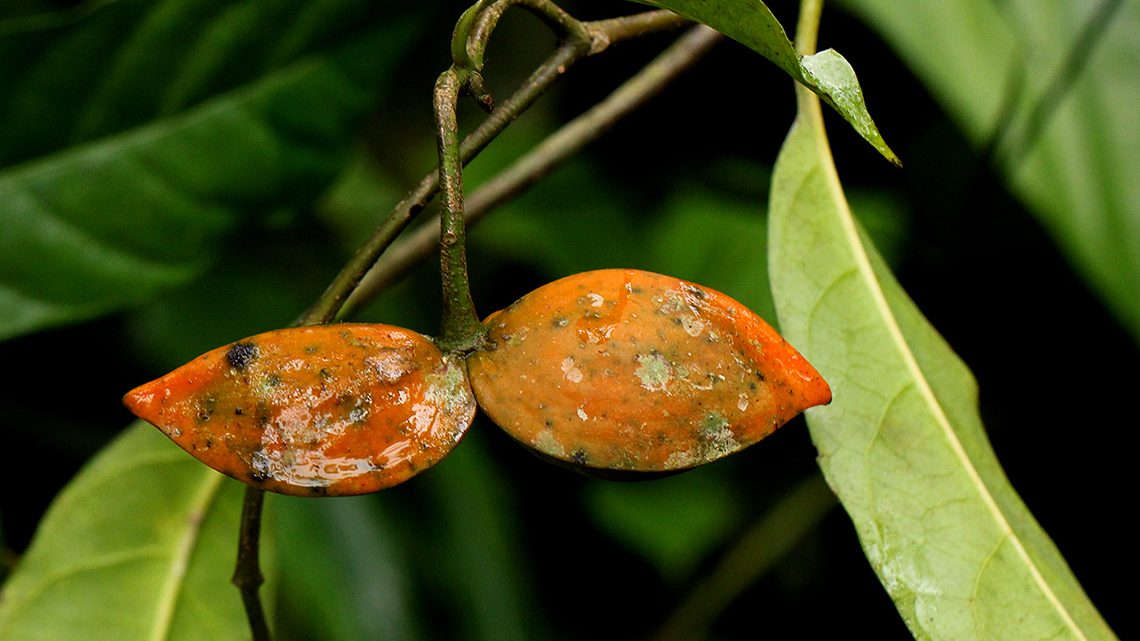 In this guest post by experienced ibogaine facilitator Jeremy Weate, we hear about the challenges and risks of ibogaine therapy, and the measures that all ibogaine clinics need to take in order to ensure the safe integration of ibogaine therapy into mainstream society.

After first hearing about iboga around ten years ago (from a friend, on a London bus!), I knew that I would get drawn in. I’d spent 12 years living in Nigeria: and finding out there was an African entheogenic spirit tradition – Bwiti – from the next-door region of the continent – the Congo basin – was seismically interesting. Fast forward to 2017, and I first met Alvaro de Ferranti at an ibogaine forum in Vienna I co-organized. Jump again to July 2018, and we found ourselves opening an iboga retreat centre in Portugal.

Alvaro’s route to ibogaine had been somewhat different to mine. He had tried both hypnosis and luxury rehabs, only for a visionary flood dose of iboga to finally blast away the remnants of a cocaine addiction that had threatened to implode his life as a successful London-based businessman and father. After an intensive period attempting to bring clinical trials of ibogaine to Portugal, developing a research protocol, hiring a highly qualified team and engaging senior government officials only to fall at the last insurmountable financial hurdle, Alvaro became an ibogaine provider. He initially went the Airbnb route to ibogaine treatment before deciding that opening a fully fledged ibogaine clinic was the best use of his time.

Both of us shared the same vision: offering ibogaine treatments, mainly to addicts, in a holistic setting with a strong focus of pre- and aftercare, avoiding the “drivethru ibogaine” that is all too often found elsewhere. Instead of the four or five day reset that these retreats typically offer, we would take a two week visit as the absolute minimum, meaning that repeat visits are less likely and long-term recovery is improved.

Alvaro had bought a nine-hectare property in a gloriously tranquil and beautiful part of rural Portugal – the Alentejo, up country from the Algarve – complete with ancient rocks, an olive grove and its own stream. A strong motivation was to bring the best of his luxury rehab experience to an ibogaine facility. While many ibogaine clinics shy away from traditional rehab methods, such as cognitive behavioural therapy, the 12-Step method, and counseling; Alvaro saw the benefits of mainstream addiction treatment – so as not to throw the baby out with the bathwater.

Things fell into place remarkably quickly on the HR front: miraculously, we found a spiritually-attuned Portuguese doctor who was willing to take a punt in an unlicensed field of medicine. Holistic therapists gravitated towards us as if gliding along freshly constructed ley lines. Our therapy offering now includes holotropic breathwork, kundalini yoga, meditation, massage, equine therapy, vocal toning, light therapy, and drumming/sound therapy, as well as access to other plant medicines including kambo and psilocybin. Again, with traditional rehab best practice in mind, we also hired a fitness coach as well as a counsellor: talk-therapy to complement our holistic healing offering.

In terms of the medical side, we flew the fabulous Jamie Mac of Iboga Safe – the only ibogaine safety training outfit out there – to train the team. Joining Jamie was veteran ibogaine provider Anwar Jeewa, who flew up from Durban to lend a calming hand.

It was at this point that we realised that ibogaine treatment can be really tough. Dosing is not the simplistic matter of keeping under a mg/kg ceiling; each person’s body metabolizes ibogaine (and its sister alkaloids) differently, based on previous drug use, the presence of a key enzyme, and a host of other factors. There is not enough scientific research or shared practitioner wisdom on dosing. Providers can swing either side of an unpleasant dilemma: play it safe, underdose, and undersatisfy; or be bold, knock out the addiction but risk an adverse event? Jamie helped us understand the importance of measuring QT intervals pre- and during treatment, and how to stay safe at all times.

We also teamed up with an Ibogaine counselling service that offered excellent pre- and post-ibogaine treatment counselling, ensuring our clients arrived highly motivated to change their life.

We felt prepared and ready. And then we had our first clients.

A – our very first client and from the UK – suffered from both a nasty spice addiction (going quickly into withdrawal if he didn’t smoke every hour) and a cocaine habit. There is precious little information available on treating spice addiction with ibogaine (or any other treatment modality for that matter). To make matters worse, “spice” is the generic name for a motley crew of research chemicals. We were shooting blind. A nice way to start!

A was a tough client. Child abandonment issues came to the fore as we spent the first week weaning him off the drugs with holistic treatments and counselling in advance of ibogaine treatment. Witnessing surfacing rage was a little scary. In the end, A made it through over three weeks with us, and is now starting a new life in California. Our baptism included fire.

Our second client, M, was another story. A decade long opium habit had reduced his body to a shambling husk. Again, we spent a few days putting him through our holistic treatments, such as breathwork and kundalini yoga. Then it was time for his treatment. Alongside our doctor, I was one of the sitters. I witnessed M going into a cardiogenic seizure, with jaws clamping shut and body shaking as his heart stopped. Luckily our medical team defibbed M within a few seconds and he came back to life. Our emergency plan kicked in and M was taken in an ambulance to the cardiology ward in the nearby hospital.

It was only later that we discovered that M had been taking the Kava Kava supplement – which interacts very poorly with ibogaine. From that moment on, we learnt not to trust what clients tell us they have been ingesting as the whole story.

Since then, with each client we have treated, we have learnt some tough lessons. Ibogaine treatment for addiction is bloody hard work requiring a committed and balanced team. Staffs need to regularly take time out to avoid burnout. Even in a medical setting, it is not possible to guarantee against adverse events, even if this setting reduces the risk of a fatality to close to zero.

Here are the main things we have learned:

Unfortunately, there is a culture of secrecy around adverse events in the ibogaine community (for obvious reasons: no one wants to lose their reputation, lose business to other clinics or be forced to close down). In the journey towards medicalization of the medicine, we must not shy away from acknowledging our own adverse events, eating humble pie, and learning from our mistakes.

Jeremy Weate is the Executive Director of the Global Ibogaine Therapy Alliance.  He is also executive producer of The Ibogaine Stories, and upcoming film project. You can contact Jeremy here. 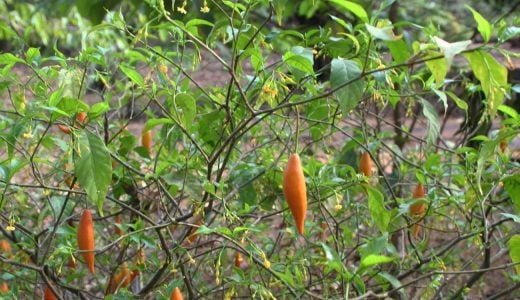 Ibogaine What To Expect on an Ibogaine Trip
Many refer to the iboga experience as an encounter with “The Truth” as it is often the most intense inward psychedelic journey to take.
The Third Wave · August 15th, 2019 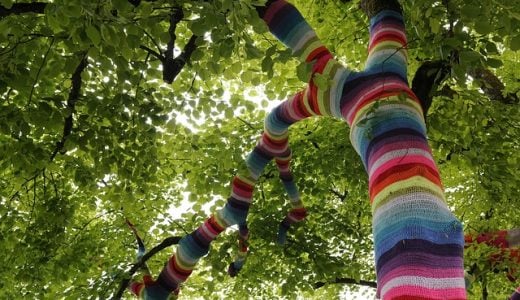 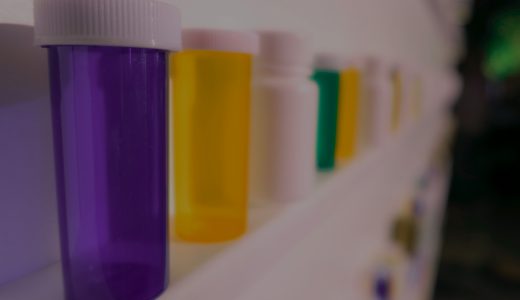 Ibogaine Could Ibogaine Save Us From The Opioid Crisis?
Learn about the utility of ibogaine to interrupt addictions, leading to new hope and possibility for those who struggle.
Jack Firneno · August 21st, 2017
Load more posts