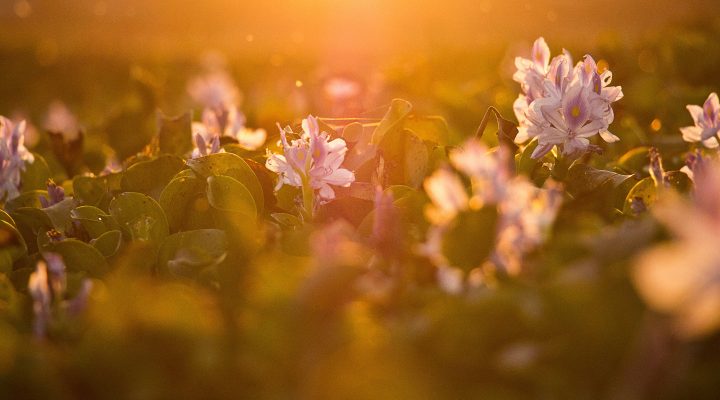 It took only one experience with microdosing for me to realize I’d found my preferred way to use psychedelics.

In the psychedelic community, we’re used to people recommending considerable doses for first time experiences: 100ug of LSD, 3.5g of magic mushrooms, or a cup of ayahuasca. These recommendations are often accompanied by advice that psychedelics affect everyone differently, and a low dose for one person will be an enormous dose for another. But first-timers are unlikely to be cautious. I certainly wasn’t.

My first LSD experience was with 50ug, and it was very intense. Emotionally, it was a rollercoaster, and I felt like my mind had been stirred up by a big evil spoon.

But because I had been expecting more visual effects, I didn’t think I’d had a legitimate LSD experience. I had not been prepared for the LSD ‘headspace’. So I foolishly decided to try 100ug, assuming that this would heighten the visual effects without putting me in an unpleasant headspace. It was probably the worst decision of my life, as I ended up in a nightmare trip that induced a psychotic episode lasting three days.

I learned a lot from the experience: I gained a new appreciation for things in my life that I often take for granted; I saw parts of reality that are normally hidden from our perception, and the experience helped me change many things in my life. For example, I started eating healthier, I started exercising, and I began pursuing experiences that genuinely made me happy. But it still left me with the stark memory of an extremely traumatic experience.

Several months later, I was introduced to microdosing. I still felt like my mind was too vulnerable for another big trip, but I thought it might be good to experience LSD in a subtle, almost sub-perceptual manner. So I swallowed a tiny 6ug strip of paper one cold London morning and spent the day walking around the city with a friend.

At first, I was convinced I wouldn’t feel anything beyond a placebo effect. But I decided not to dwell on how I was feeling and just get on with things. We spent the time walking around, meeting people, eating, and seeing some museums. It took a few hours, but, eventually, I noticed an ever-so-subtle difference in my headspace.

100ug of LSD was life-changing… but it still left me with the memory of a traumatic experience. In contrast, microdosing was subtle and pleasant.

Colours had taken on that saturated hue that’s typical of an LSD experience, but not in an overwhelming way. My temperature fluctuated slightly, but it wasn’t uncomfortable. I had a mild body-high, mostly a gentle tingling in my face. And above all, I felt great.

There was a degree of emotional instability – at the peak, I had a few moments of fear – but I had the strength to pull myself out of these lows. The introspection was intense; I could see the inner workings of my actions, and how my decisions were often made from a root of fear and stress. I could see how I could so easily make my life better, make better decisions, and be a better person.

Towards the evening, I felt confident, calm and motivated. I went to bed feeling like I’d been through a mentally exhausting experience, but that it had helped me in many ways. I slept well (something I was worried about; LSD can often keep you up for hours) and woke up the next morning feeling amazing. I was in a kind of meditative calm, feeling like the world had paused for a moment, giving me a chance to catch up and find my way.

The next few days were wonderful: more productive, excellent decision-making, and less stressed. Best of all, I felt like I didn’t need to microdose soon again to maintain these positive effects. I just needed to be mindful of what I’d learned and pay attention to my inner psyche.

I was in a kind of meditative calm, feeling like the world had paused for a moment, giving me a chance to catch up and find my way.

The experience showed me that I had got psychedelics wrong. It doesn’t matter how much you talk about respect and preparation. If you take 100ug of LSD, or 3.5g of psilocybin mushrooms, or drink a cupful of ayahuasca, there’s always the chance of having a traumatic experience. Microdosing allows you to experience some of the healing benefits of psychedelics, without having to give up control, and without becoming a nonfunctional human for several hours.

Microdosing may be the best way of expanding the psychedelic community’s reach; people could experience the healing and spiritual benefits of psychedelics without having to take a day off work or risk going to their own personal hell. Microdosing could bridge the gap between the psychedelic fringe, and mainstream self-improvement culture.

For me, microdosing has been a revelation. It will almost certainly be one of the driving factors in the Third Wave of Psychedelics (right up there with the prescription of psychedelics for mental illness). People everywhere could become more compassionate, more driven, and more creative as a result of taking an occasional tiny dose. Imagine your neighbours, boss, friends, family, politicians and everyone in between, reaping the mind-expanding effects of the psychedelic experience.

What better way is there to make psychedelics a part of mainstream culture?

If you’re interested in microdosing with LSD, check out our Microdosing Course. We’ll guide you through the basics—then dive much deeper, helping you tailor your routine to meet your personal goals.

LSD Clinical Research Proves Microdosing LSD Is Not A Placebo
One of the first double-blind studies on microdosing LSD, published in the journal of Biological Psychiatry, found that single microdoses had a measurable impact.
Erin Ginder-Shaw · June 20th, 2019

1P-LSD Legal Status Of LSD And 1P-LSD
Although LSD is illegal nearly everywhere in the world, its close cousin, 1P-LSD, may be a legal substitute depending on your location.
The Third Wave · June 19th, 2019
Load more posts